(Base on Burmese posts from the FACEBOOK in July-August 2021.) 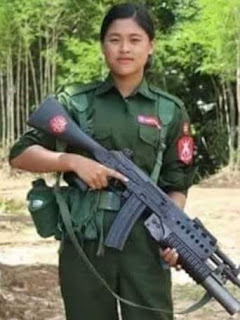 Myanmar Army's generals claim to have at least 300,000 fighting men in their force, but in reality at least a quarter of them at any given time are so-called ghost soldiers drawing out salaries and food rations but they only exist in the books not as physical beings.

Altogether there are nearly 750 infantry battalions with a total manpower of more than 200,000+ fighting men, but in reality Myanmar Army could barely muster just over half of that manpower on the frontlines if the needs arise. Maximum possible at about 150,000, I believe.

Corruption is so rife in the officer corp., most high-ranking officers like battalion Commanders have a money-making practice of not reporting deserters, MIAs, KIAs to the higher commands for nearly half a year. Especially now amidst the rapidly rising hatred of people towards the Army, filling the annual recruitment quota is near impossible.

In addition to fighting many ethnic rebel armies on the borders Myanmar Army nowadays is also facing the growing threat of lightly-armed Burmese PDF (People Defense Force) in most cities and towns and villages all over Burma.

Traditionally Myanmar Army has strategically stationed at least one infantry battalion at every town and two or more infantry battalions at district-level or divisional-level cities, permanently. But being in a never-ending civil war and frequent civil disturbances, almost all fighting companies of these town-based or city-based battalions are always fighting ethnic rebel armies at faraway frontlines in the rural and remote jungle areas.

Since February-1 coup this year some significant parts of these fighting companies are being withdrawn from the frontlines and occupying the cities and towns in the Proper Burma to quell the peaceful and sometimes violent people protests.

Taking advantage of their nemesis’s forced withdrawals the ethnic rebel armies like KIA (Kachin Independence Army) and KNLA (Karen National Liberation Army) and AA (Arakan Army), with the willing help of local PDF units, have been moving into the towns and cities in their respective territories and surrounding and threatening to wipeout the local HQ compounds of Myanmar Army battalions.

These local bases of Myanmar Army have only a small HQ personnel and support staff to defend themselves against the raging rebels. But they have plenty of army-wives and their children, for the army’s standard practice is that every family of serving army personnel is basically forced to live permanently inside the safe-and-secured battalion compounds.

And they are provided with almost everything they need to have a good life there. Living quarters, food rations, education, and health care, etc. are all provided free. Foreseeing the looming manpower shortage Myanmar Army started, a few years back, the army-wide program of training and arming those army wives and children freely available at their disposal.

Myanmar Army have been training all the army wives and their children how to fight, and arming them with standard army weapons and using them as the reserves to defend the battalion HQ compounds all over Burma. 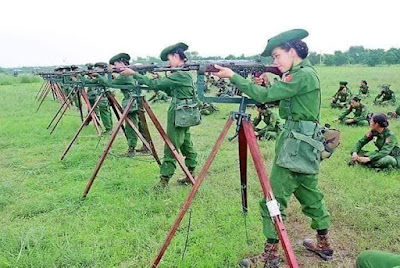 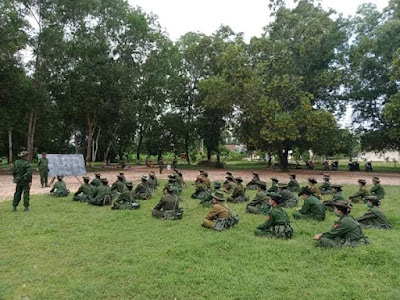 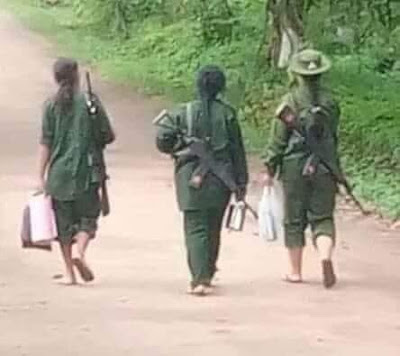 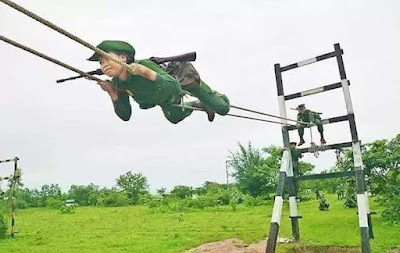 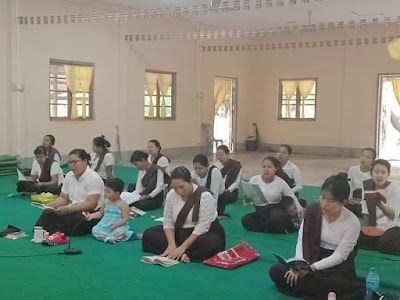 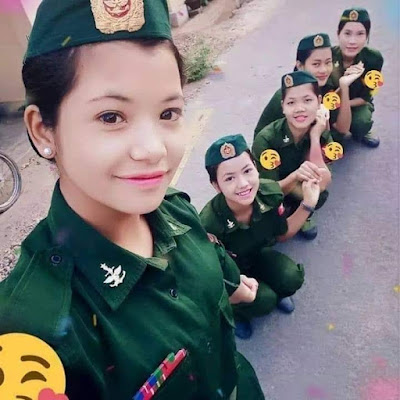 Following is the story of what is happening right now in the life-threatening times at the No-58 Infantry Battalion in the town of Wai-Maw across the Irrawaddy River from the Kachin State Capital City of Myit-Kyi-Nar.

Originally stationed for about thirty years in Myi-kyi-nar City the 58th, an infantry battalion of Northern Regional Military Command, relocated permanently to the town of Wai-maw after the Balamainhtin Bridge crossing the Irrawaddy at Myi-kyi-nar was opened in 1998.

Its fortified compound now sits on the northern outskirt of Wai-maw Town. Being an old British style infantry regiment, 58th has four rifle companies (the First, Second, Third, and Fourth companies), the heavy-weapon company (the Fifth Company), and the HQ Company.

All of its rifle companies are always taking positions at their forward operation bases all over the mountainous North-Eastern Kachin State. Only once a year the rifle companies in-turn are given a month-long R&R breaks back at the Wai-maw Battalion Compound. Defending the Battalion HQ at any given time are more than 300 army-wives and their children armed to their teeth. 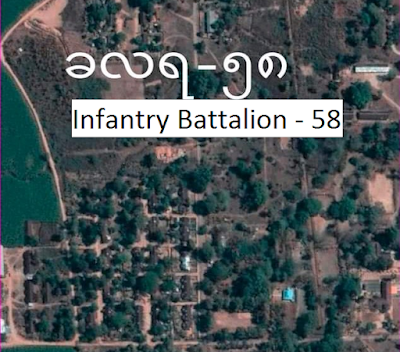 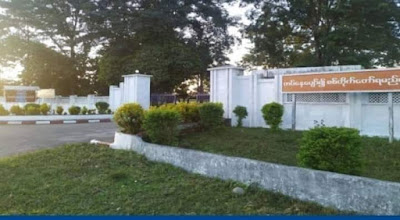 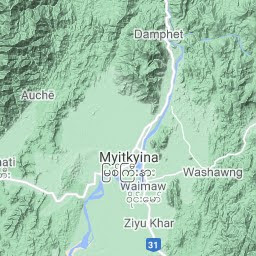 On August-2 at about 9 pm, by taking advantage of the rifles companies’ absence at the battalion, nearly 1,000 strong KIA 3rd Brigade combined with 300 men from local PDF attacked the 58th guarded only by HQ Company and armed Army Wives.

The battle lasted nearly three hours and eventually KIA units withdrew and disappeared back into the darkness inside nearby three Kachin villages of Laban, Madein, and Tang-Bawng. The Weapon Company of 58th then started shelling into the villages and killed some rebels together with a few Kachin villagers and some of their pigs.

Next day August-3 the KIA units hidden in the nearby villages attacked the 58th again at about 7 pm. This time only about 300 from KIA and PDF involved and they shelled and shot at the 58th only from a considerable distance as their casualties from last night were unexpectedly heavy.

On August-4 a battalion-strength Myanmar Army reinforcements from Myit-kyi-nar arrived and cleared the area around 58th as the KIA and PDF forces were withdrawing back into the jungles. It took the Burmese, Shan, and Kachin army-wives of 58th (led by the old Christian Kachin RSM) the whole day of August-4 to collect and bury in mass graves the nearly 300 Kachin corpses from the compound’s boundary fence. Thirty-One army wives and eleven Burmese children were reportedly killed in the battle.

Myanmar Army’s War-office has been releasing statements after statements last week congratulating and thanking the army wives (Yemays) for their historic defensive battle against overwhelming enemy forces. The army wives were also seen being awarded millions of cash in Burmese-Kyats on newspapers’ front-pages and Facebook posts.

I believe, the sole motivation for the brave army-wives of IB-58 is, if they let KIA overrun them, they would all be gang-raped and slaughtered including their children by the Kachins for they bitterly hate the Burmese occupiers of their ancestral land, the Kachin Land. 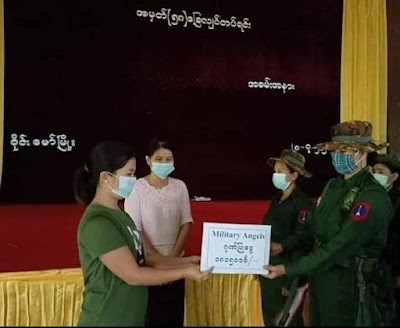 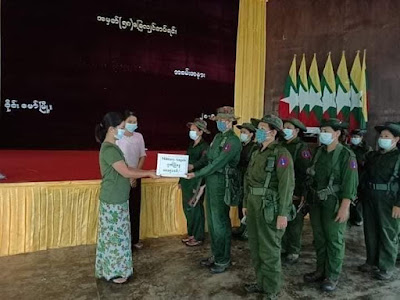 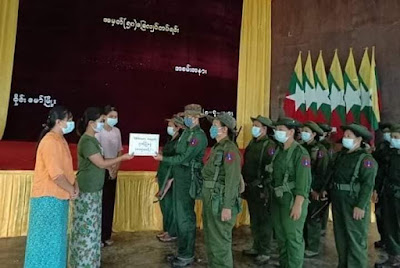 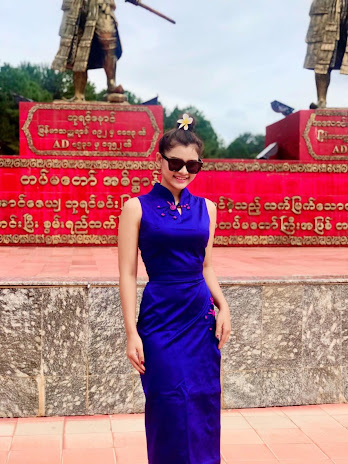 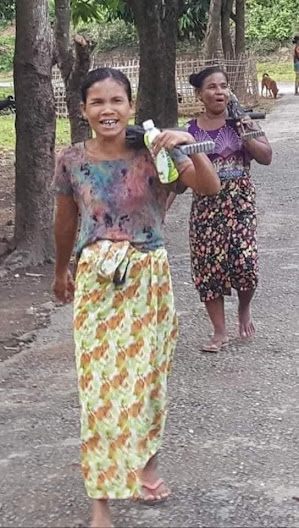 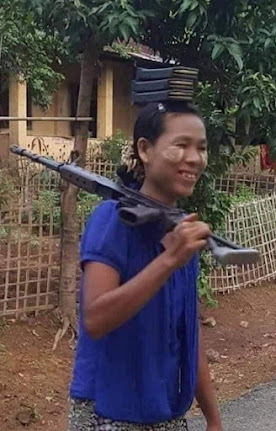 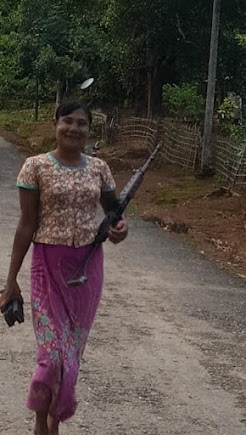