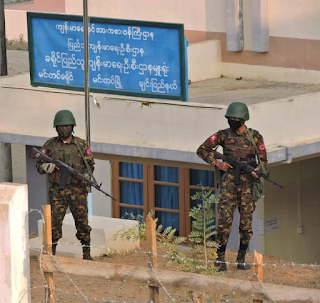 Mindat is a scenic hill town in southern Chin state of Myanmar formerly known as Burma. It is near the border between Chin State and Magwe Division and now a battle has been raging there for more than three months since April-24.

That day was the last of the peaceful protest by the local Chin ethnic-Christian people against the dictatorial army of mainly the dominant Buddhist-Burmese. On that day the weeks-long anti-coup protest were quelled by the Burmese soldiers and police shooting at the protesting Chin people indiscriminately.

Initial shootings were done by the town garrison LIB-274 a Light Infantry Battalion of Burmese Army. But the natives from the town and neighboring villages armed themselves with home-made hunting rifles (Tumee-muskets) and double-barrel shot guns and fought back the soldiers armed with automatic assault rifles and machine guns.

That first battle for Mindat had lasted more than four days (April 24, 25, 26, 27) and because of strong resistance from the town people the Army had reportedly lost as many as thirty soldiers and had to withdraw back inside their fortified garrison-hill compound on the western outskirt of the Town. 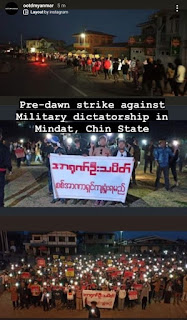 The thousands of native Chin immediately formed a local militia unit and started calling themselves CDF (Chinland Defense Force) and started holding the eastern part of Mindat while the Army is still holding their western half of Mindat. And the army started shooting the houses on the east with heavy weapons like 2” and 4” mortars.

But they couldn’t dislodge the resistance fighters out of the town as just a 300+ strong lightly-armed army battalion was fighting a life-or-dead battle against nearly 20,000 strong town people of Mindat. Armed people from nearby villages were also helping the CDF against the troops.

Since the soldiers were already inside the town and inside their fortified compound the battles between them and resisting town folks were mostly brutal hand-to-hand fights. The skirmishing lines were sometimes just a few yards apart. And the locals fought bravely against the better-armed army soldiers for the Chins are born-warriors.

This was what a Mindat local fighter said of their armed uprising morphed from a peaceful anti-coup protests, “Mindat population is only about 50,000, but there are only few people living in the town itself as most are in the surrounding villages. And in the villages every household has at least one hunting rifle. So a Chin village with 60 to 70 households has about 100 hunting rifles. And 8 out of every 10 men are hunters. So we Chin are not strangers to the guns and if some people try to oppress us we’ll fight back. As simple as that.”

So the Army’s local-area-command at the Chin State Capital Hakha started sending in reinforcement battalions from the neighboring towns Ma-tu-pi at west of Mindat and Kyauk-htuu in the east. Army had also airlifted at least two LIBs from Pakoku to Kyauk-htuu for further reinforcement.

But being in the hilly CHIN region Mindat is accessible only by a meandering Kyaukhtuu-Matupi Road and accordingly the resisting CDF was able to ambush and block the army reinforcement from reaching and rescuing their comrades under siege at Mindat. 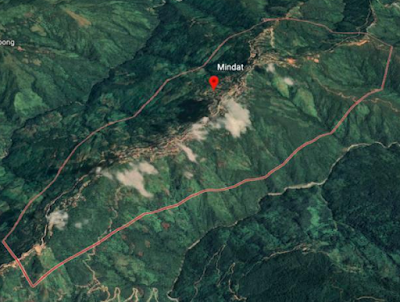 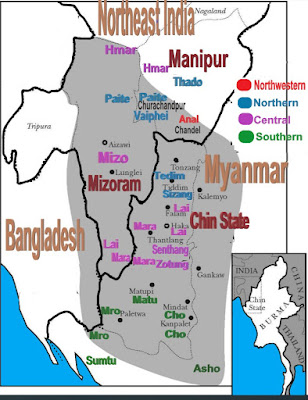 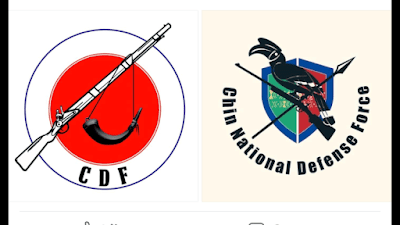 CDF Ambush At The Mindat Golf Course (May-14)

On May-14 the seven trucks army convoy of more than 120 troops from Matupi were ambushed by the thousand-strong CDF unit near the Maindat Golf Course on the Mindat-Matupi Road at about 11 am. The convoy had been on the road since May-12 but various small ambushes by CDF guerrillas were slowing it down till the convoy reached Mindat on May-14.

The convoy was surrounded completely and the wounded troops trapped inside the trucks but the CDF had basically run out of gun powder and lead balls for their Tumee-Muskets. The ending was brought about by brave Chin smashing the final resistance with rocks and stones from the road shoulders. Of seven-truck convoy six were completely destroyed and one was taken undamaged by the CDF. More than 100 army soldiers were killed and assorted small arms were captured there.

The loss of lives and weapons and trucks shocked the army tactical commands at Matupi and Har-khar, and they immediately sent the reinforcement of soldiers and heavy-weapons by three army helicopters into the LIB-274 compound in May-14 afternoon.

From about 7:30 in the morning of May-15 the army started shelling indiscriminately the eastern Maindat from their LIB-274 Compound. The shelling lasted the whole day until late night. So many innocent town people including women and children were killed and wounded. 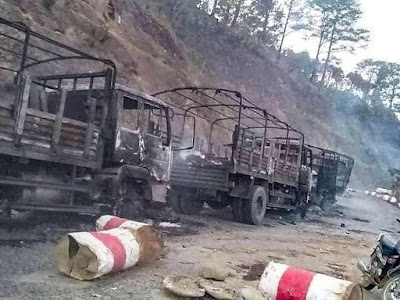 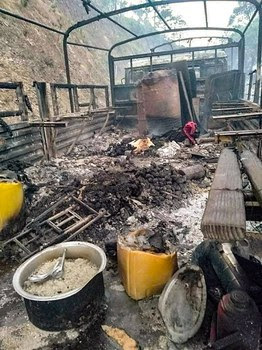 Army Assault on the Mindat Town (May-15)

On May-15 during the heavy shelling of the town the troops from the LIB-274 came out of their battalion compound and attacked the houses on the Bayinnaung Road in West-Mindat. They forced people to come out of their houses after threatening them with RPGs and then ransacked the houses and captured the town-people.

When CDF people taking defensive position on the Pagoda-Hill shot back at the troops advancing towards them, the soldiers formed a two-layer human-shield with about 13 captured hostages. Only three of them hostages were men but the rest were women and children. There was one pregnant mother with her one-year old child on her back.

Soldiers forced the women walked abreast at the front followed by three men and only after them the troops followed from behind entering the town center. The CDF was forced to stop shooting and abandoned their high ground. By then heavy artillery from the nearby town of Kyauk-Htu started shelling Mindat.

Some shells dropped near the human shield and the women started running away from the near death. The soldiers rounded them up again and put them in the holding cells of Mindat Police Station. They then forced the captured men to remove obstacles from the main road and the fences.

According to the hostages escaped later, the army troops were seemingly drunk and high on drugs. They cheered and jumped up and down whenever they fired their shoulder-mounted RPGs and they bashed and tortured the hostages during that night. They were also threatening to rape the women and chop the ears of the men.

Helicopters were landing continuously dropping more men and arms as the troops shelled the town indiscriminately from the safety of their compound. By then Mindat has at least four light infantry battalions of troops arrived by helicopters that day.

Next day they all came out of the compound and raided the town again. They destroyed many houses, arrested every man they found by accusing them of being CDF and formed many human shields whenever they advanced towards CDF defensive positions. So CDF decided to abandon the town and took positions at just outside the town and surrounded the town. Mindat is still under siege. 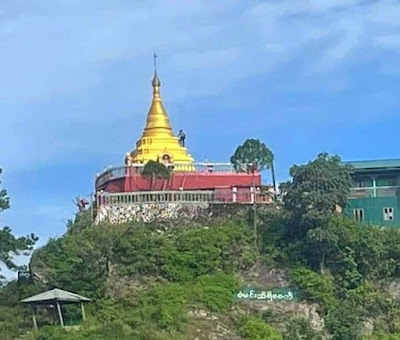 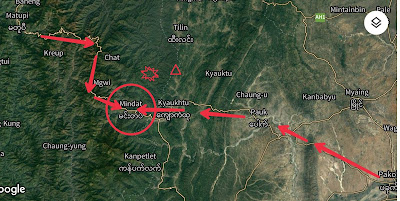 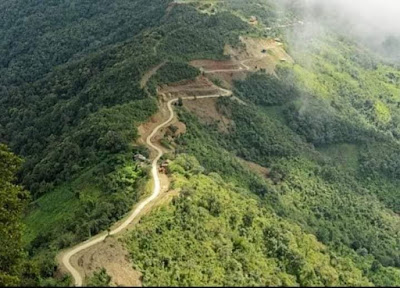 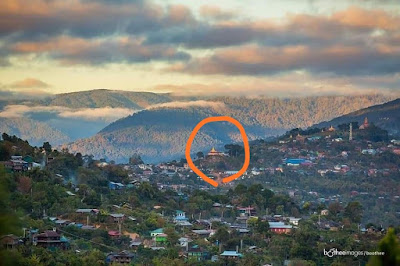