What Is mRNA (Messenger RNA)?

(Professor Penny Riggs’s article from the CONVERSATION on April 9, 2021.)

What is mRNA? The messenger molecule that’s been in every living cell for billions of years is the key ingredient in some COVID-19 vaccines:

One surprising star of the coronavirus pandemic response has been the molecule called mRNA. It’s the key ingredient in the Pfizer and Moderna COVID-19 vaccines. But mRNA itself is not a new invention from the lab.

It evolved billions of years ago and is naturally found in every cell in your body. Scientists think RNA originated in the earliest life forms, even before DNA existed. Here’s a crash course in just what mRNA is and the important job it does.

You probably know about DNA. It’s the molecule that contains all of your genes spelled out in a four-letter code – A, C, G and T. Messenger RNA carries genetic information from DNA in the highly protected nucleus out to the rest of the cell, where structures called ribosomes can build proteins according to the DNA blueprint.

DNA is found inside the cells of every living thing. It’s protected in a part of the cell called the nucleus. The genes are the details in the DNA blueprint for all the physical characteristics that make you uniquely you.

But the information from your genes has to get from the DNA in the nucleus out to the main part of the cell – the cytoplasm – where proteins are assembled. Cells rely on proteins to carry out the many processes necessary for the body to function. That’s where messenger RNA, or mRNA for short, comes in. 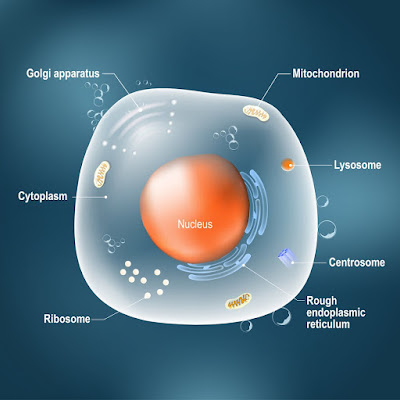 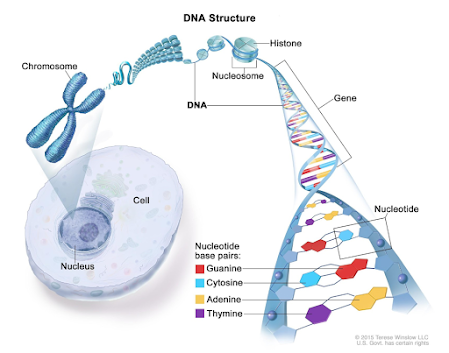 The structure of RNA is similar to DNA but has some important differences. RNA is a single strand of code letters (nucleotides), while DNA is double-stranded. The RNA code contains a U instead of a T – uracil instead of thymine.

Both RNA and DNA structures have a backbone made of sugar and phosphate molecules, but RNA’s sugar is ribose and DNA’s is deoxyribose. DNA’s sugar contains one less oxygen atom and this difference is reflected in their names: DNA is the nickname for deoxyribonucleic acid, RNA is ribonucleic acid.

Identical copies of DNA reside in every single cell of an organism, from a lung cell to a muscle cell to a neuron. RNA is produced as needed in response to the dynamic cellular environment and the immediate needs of the body. It’s mRNA’s job to help fire up the cellular machinery to build the proteins, as encoded by the DNA, that are appropriate for that time and place. The process that converts DNA to mRNA to protein is the foundation for how the cell functions. 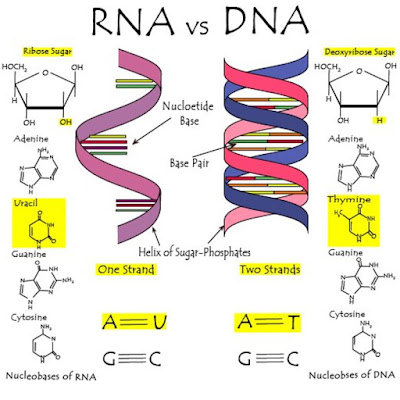 As the intermediary messenger, mRNA is an important safety mechanism in the cell. It prevents invaders from hijacking the cellular machinery to produce foreign proteins because any RNA outside of the cell is instantaneously targeted for destruction by enzymes called RNases. When these enzymes recognize the structure and the U in the RNA code, they erase the message, protecting the cell from false instructions.

The mRNA also gives the cell a way to control the rate of protein production – turning the blueprints “on” or “off” as needed. No cell wants to produce every protein described in your whole genome all at once.

Messenger RNA instructions are timed to self-destruct, like a disappearing text or snapchat message. Structural features of the mRNA – the U in the code, its single-stranded shape, ribose sugar and its specific sequence – ensure that the mRNA has a short half-life.

These features combine to enable the message to be “read,” translated into proteins, and then quickly destroyed – within minutes for certain proteins that need to be tightly controlled, or up to a few hours for others. Once the instructions vanish, protein production stops until the protein factories receive a new message.

All of mRNA’s characteristics made it of great interest to vaccine developers. The goal of a vaccine is to get your immune system to react to a harmless version or part of a germ so when you encounter the real thing you’re ready to fight it off.

Researchers found a way to introduce and protect an mRNA message with the code for a portion of the spike protein on the SARS-CoV-2 virus’s surface. Messenger RNA vaccines get the recipient’s body to produce a viral protein that then stimulates the desired immune response.

The vaccine provides just enough mRNA to make just enough of the spike protein for a person’s immune system to generate antibodies that protect them if they are later exposed to the virus. The mRNA in the vaccine is soon destroyed by the cell – just as any other mRNA would be. The mRNA cannot get into the cell nucleus and it cannot affect a person’s DNA.

Although these are new vaccines, the underlying technology was initially developed many years ago and improved incrementally over time. As a result, the vaccines have been well tested for safety. The success of these mRNA vaccines against COVID-19, in terms of safety and efficacy, predicts a bright future for new vaccine therapies that can be quickly tailored to new, emerging threats.

Early-stage clinical trials using mRNA vaccines have already been conducted for influenza, Zika, rabies, and cytomegalovirus. Certainly, creative scientists are already considering and developing therapies for other diseases or disorders that might benefit from an approach similar to that used for the vaccines against COVID-19. 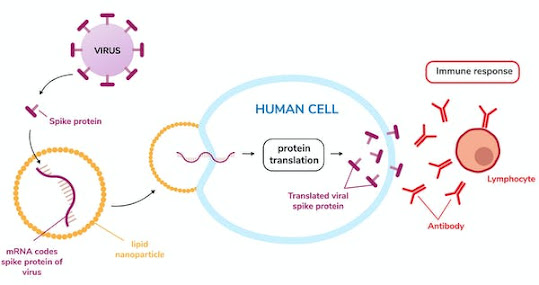