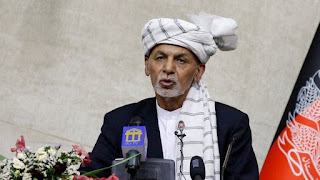 He was the commander-in-Chief of US-trained 300,000+ strong Afghan National Army equipped with most advanced war weapons supplied free by the United States. But he is also a coward who abandoned his army, his people, and his nation and fled with US$ 169 million in cash from the Afghan Treasury.

Later in UAE he denied taking the money and blamed Taliban for threatening to hang him like they did to late President Najibullah in 1996 during the First Taliban Takeover of Afghanistan. Mohammad Ashraf Ghani Ahmadzai (born 19 May 1949) is an Afghan politician, academic, and economist who served as President of Afghanistan between September 2014 and August 2021.

Born in Logar Province, Ghani went to the United States in the 1960s to study and later completed a bachelor's at the American University in Beirut. He became a professor of anthropology at numerous institutions, mostly at Johns Hopkins University, before starting to work with the World Bank.

He returned to Afghanistan in 2002 after the collapse of the Taliban government, serving as the Finance Minister in Hamid Karzai's cabinet until his resignation in December 2004 to become the dean of Kabul University.

Following political chaos, the United States intervened to form a unity government. Ghani was re-elected when the final results of the 2019 presidential elections were announced after a long delay on 18 February 2020. He was sworn in as president for a second five-year term on 9 March 2020.

On 15 August 2021, as the Taliban took control of the country in the fall of Kabul, he fled the country by air landing in Tashkent, Uzbekistan. He then went to the United Arab Emirates which granted him political asylum. During his escape, the Afghanistan embassy in Tajikistan asked Interpol to apprehend him for embezzling public funds.

Russia’s embassy in Kabul has said on Monday that Ghani had fled the country with four cars and a helicopter full of cash and had to leave some money behind as it would not all fit in, the RIA news agency reported. 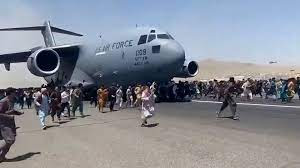 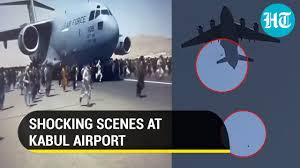 “As for the collapse of the (outgoing) regime, it is most eloquently characterized by the way Ghani fled Afghanistan,” Nikita Ishchenko, a Russian embassy spokesman in Kabul, was quoted as saying by Russian state-owned news outlet RIA, Reuters reported. “Four cars were full of money, they tried to stuff another part of the money into a helicopter, but not all of it fit. And some of the money was left lying on the tarmac,” Ishchenko was quoted as saying.

The Afghan embassy in Tajikistan—one of the countries Ghani had previously been suspected of fleeing to, before the UAE confirmed his presence—has now demanded his arrest as well as that of former Afghan National Security adviser Hamdullah Mohib and Ghani’s chief adviser Fazel Mahmood, Afghan outlet TOLO News reported.

But the ousted president vowed to return to the country and denied allegations leveled by Mohammad Zahir Aghbar, the Afghan ambassador to Tajikistan, who said that he stole nearly $US169 ($AU237) million from the country as he fled in exile. “Accusations were charged in these days that money was transferred, these accusations are fully baseless,” Ghani said on Wednesday. 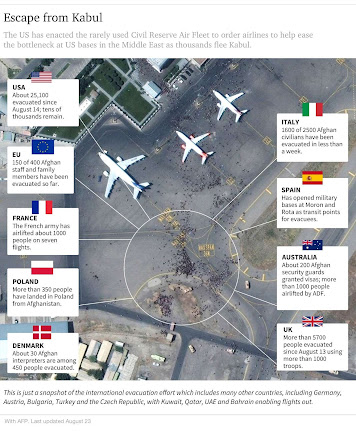 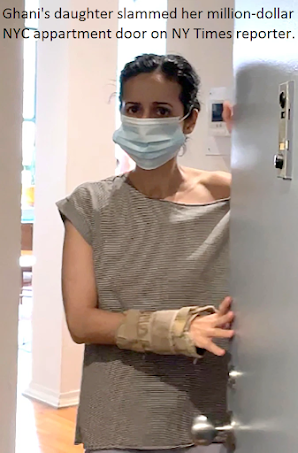