What’s in Pfizer or AstraZeneca vaccines? 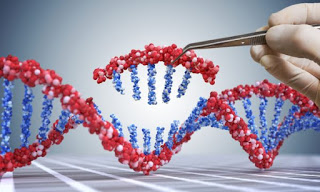 As Australians start to roll up their sleeves for their COVID-19 vaccine, many people have been wondering — what's actually in the Pfizer and AstraZeneca jabs? Both coronavirus jabs use new technologies to train the body's immune system, teaching it to recognise and fight the spike protein of SARS-CoV-2 (the virus that causes COVID-19) if the virus was to infect the body.

Pfizer uses messenger RNA (mRNA) encased in a lipid layer, which, until recently, had not been approved for use in a human vaccine. The AstraZeneca option is a viral vector vaccine, which uses a harmless chimpanzee adenovirus to deliver DNA into our cells. This technology is also new to the world of approved vaccines.

But it's important to note the rest of the ingredients in Australia's two approved coronavirus vaccines — both of which have undergone rigorous testing and clinical trials — are the same as those found in a typical vaccine, Monash University professor of pharmaceutical biology Colin Pouton said. "Apart from these main [newly developed] parts, everything else is fairly standard."

What's in the Pfizer jab?

mRNA is a standard part of a cell's day-to-day operations. It ferries messages from the cell nucleus, where our DNA is stored, to ribosomes, structures in our cells that act as protein-building factories.

When an mRNA vaccine is injected into our arm muscle, the message carried by the mRNA is directed to our cells' ribosomes, RMIT University professor of immunology Magdalena Plebanski said.

"For the mRNA coming from the [Pfizer] vaccine, this will be making the spike protein from SARS-CoV-2. Once the message is given, it self-destructs [and the mRNA degrades], hence it does not hang around."

Each vial in Australia holds six 30-microgram doses of this vaccine (which is a white or off-white colour), which must be diluted before being injected. The mRNA — the active part of the vaccine — is very vulnerable to degradation, which is why it must be stored at super-cold temperatures and encased in a lipid or fat particle (made of four different fats including cholesterol) to protect it.

Professor Pouton said both the mRNA and its lipid casing were new technologies, and although both were proving to be safe, some side effects to the jab could be attributed to the lipids. "Those adverse events are things like soreness, perhaps some flu-like symptoms and some people say headache as well," he said.

The AstraZeneca vaccine, which also comes in a multi-dose vial, doesn't need to be diluted and is a clear to slightly brown colour. 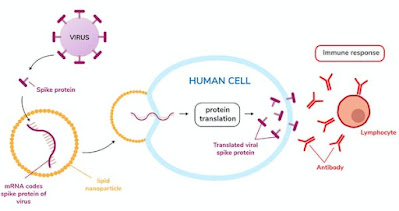 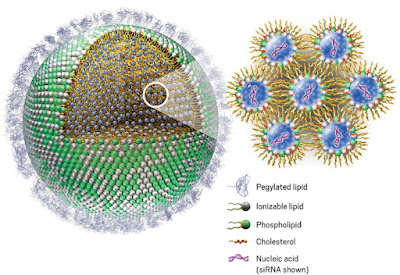 A lipid nanoparticle (LNP) contains hundreds of small interfering RNA (siRNA) molecules, each surrounded by ionizable lipids, phospholipids, and cholesterol. The outside of the particle is coated in pegylated lipids. LNPs for messenger RNA (mRNA) are made with similar ingredients but contain only a few mRNA strands..

What's in the AstraZeneca jab?

Its efficacy ranges between 62 and 90 per cent, depending on dosage amount and time between doses. New research shows a 12-week break between doses, which the Therapeutic Goods Administration has recommended in Australia, may give the vaccine an efficacy of around 82 per cent.

Professor Pouton said a chimpanzee adenovirus was chosen because they could be sure the population had not encountered it before. If scientists enlisted the help of a human adenovirus, there would be a good chance we'd already have antibodies against it. Those antibodies could neutralise the adenovirus before it delivered the DNA to our cells, and the vaccine simply wouldn't work as well.

"Adenovirus infections are actually very common, but they're not pathogenic, so they just give you symptoms like a sore throat. You might not even realise that you've had an infection," Professor Pouton said.

"It's estimated that probably half the adult population has had an adenovirus infectious without noticing." Once the vaccine has done its job, our body's immune system disposes of the adenovirus, and our cells dismantle the DNA. 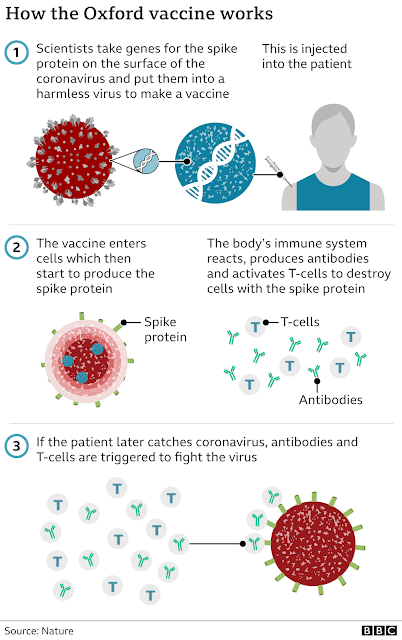 What else is in the vaccines?

As well as these active ingredients, both vaccines contain a handful of pharmaceutical ingredients that help to stabilise them, as well as water. For instance, both contain salts such as sodium chloride — same as table salt — which Professor Plebanski explained kept the vaccine solution stable at a particular pH.

"These are usually found in influenza vaccines as well," she said. The Pfizer vaccine, which must be kept below -70 degrees Celsius, also has materials to keep it stable during the freezing process. Professor Pouton said sucrose (table sugar), for example, is in the Pfizer vaccine to protect the formula at sub-zero temperatures.

It also contains a compound called polyethylene glycol (PEG), which forms part of the lipid casing, so anyone with a confirmed or possible history of PEG allergy should seek expert advice before being vaccinated.

The AstraZeneca option contains ethanol absolute and histidine, substances which Professor Plebanski said worked together to "mop up" free radicals that would otherwise contribute to the adenovirus degrading over time, and the vaccine losing potency.

AstraZeneca has an additive called Polysorbate 80, which is commonly used in vaccines and food as an emulsifier. "Polysorbate 80 is [also] a non-ionic surfactant, which is necessary to prevent adsorption of adenovirus vaccine to glass surfaces of the inside of the vial during storage," Professor Plebanski said. 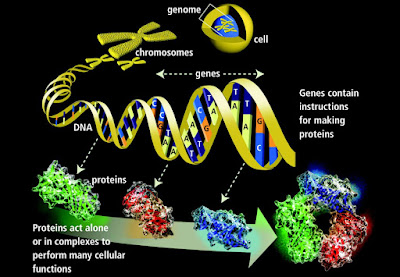 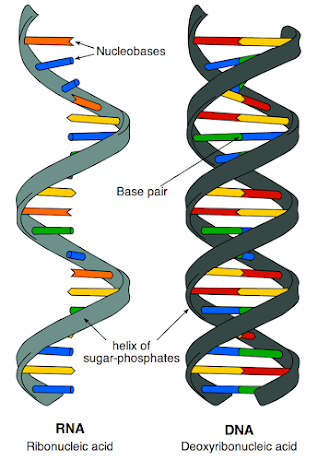 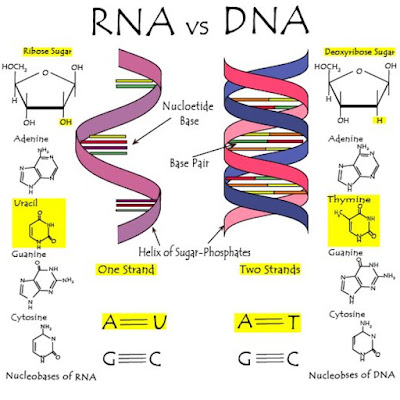