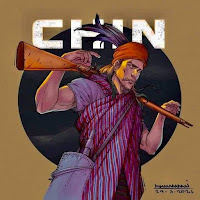 On May-16 the military declares Martial-Law on the Mindat Twonship. Now the troops could do whatever they wanted to the restless people of Mindat. Two UAV (drones) were hovering the town and the army even sent a low-flying fighter jet just to frighten the town folks.

LIB-274 sent many patrols into the town and arrested any men they found on the streets. The soldiers also raided houses abandoned by people fearful of the troops and stole cash and other valuables. But they didn’t dare to wander outside the town as they knew the CDF was waiting for them. They were expecting army reinforcements coming from Matupi.

But on May-17 the nine-truck army convoy from Matupi was stopped by CDF at about sixteen miles from Mindat. Army camps from Kyauk-Htu then started shelling Maindat with their 105-mm howitzers.

There were many CDF men killed and wounded from the heavy shellings. Some also suffered strange affects such as vomiting, difficulties breathing, and skin abrasions from the gases released form some howitzer shells landed at the ambush site just outside the town. Apparently Burmese Army has started using their nerve-gas-shells on the CDF.

Thousands and thousands of town people were fleeing Mindat for surrounding villages as artillery shells landed inside the town. Most ended up in the rain-swept jungles as the May is the beginning of the Monsoon Season in Burma and during four months (May, June, July, and August) heavy rain would be regularly falling.

By May-19 the town was deserted and battles were occurring outside the town and in the jungles as various army reinforcement columns tried to reach the town on foot. The army had lost too many China-made trucks to the CDF. But the jungle warfare in a hilly region is good for the local members of CDF. This is what one CDF commander boasted of their advantage in facing Burmese soldiers in his homeland.

“They got RPGs, Machine Guns, Automatic Rifles, and Howitzers. And we have only home-made Tumee muskets. But courage is not equal as we are braves and they are cowards. Our hunting rifles are effective only within 100 yards so we really need to get close to them to get a good shot, but their automatic rifles let them stay away as far as 200 yards from us.

Our guns need at least 5 minutes to reload and then we can fire only one or two lead balls but their rifles can fire 30 bullets in a minute. And they also have heavy weapons and use them generously to blow us up from far distances.

“Most of our deaths are from their heavy weapons. Only one in ten of our deaths are direct hits from their rifles but the rest are indirect hits from their heavy weapon shells. Our advantage is our mobility on the hilly or mountainous terrains. Our feet are so much wider with bigger toes compared to Burmese feet that we can’t fit into Burmese shoes. And we get better grip on the slopes and we can run better than the Burmese soldiers.”

Worsening hostile situations has forced more than 15,000 town people from Mindat to flee and they are now taking shelter in many displacement camps managed by the local Christian churches. 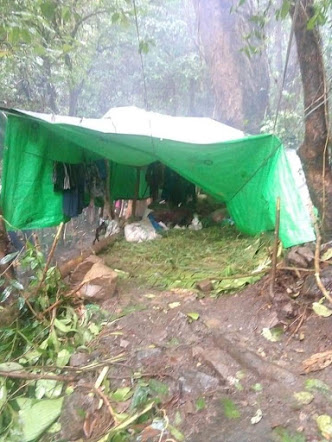 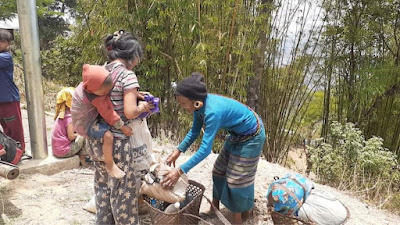 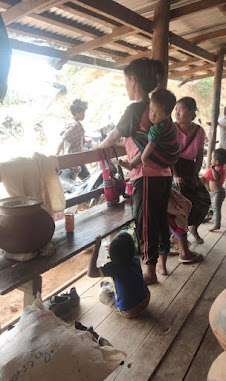 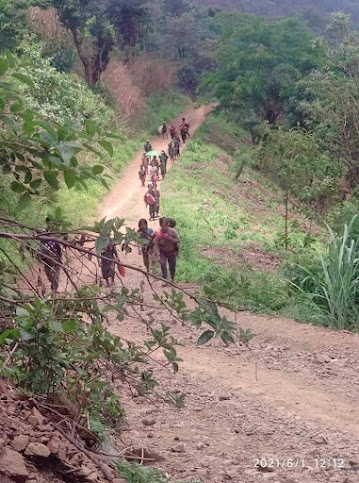 Three heavily-armed columns of Myanmar Army battalions inside Mindat staged two coordinated attacks on CDF at Chaung-zone village and Yet village near Mindat. In addition to the heavy artillery barrages from the Kyauk-htu Artillery Battalion and heavy Weapons support from LIB-274 in side Mindat, two Myanmar Air Force jets bombed the rebels at both sites.

Casualties were high for both sides especially on the CDF as the toll from the Myanmar Army’s use of artillery and heavy weapons depleting the CDF fighter numbers. Much weakened CDF finally withdrew from their positions around Mindat and the civilian populace fled to the safety of IDP camps.

The battles then shifted onto the Mindat-Matupi Road and Mindat-Kyaukhtuu Road as the CDF tried to stop the Myanmar Army reinforcements coming from both Matupi and Kyaukhtuu towns.

Ceasefire negotiations were started on June-18 between Mindat Town’s Elders and the Myanmar Army, and temporary ceasefire started soon but only lasted till July-17. During that short ceasefire period the UNHCR convoy brought in food and other essential supplies such as tarpaulin sheets, mosquito-nets, blankets, and kitchen utensils donated by the FAO and other UN agencies.

But Myanmar Army allowed UNHCR to distribute the supplies to the refugees sheltering only in the camps inside the Mindat Town, not outside the town in the CDF-controlled Chin villages. There were nearly 10,000 people in the nine camps controlled by the Myanmar Army and the sole camp set up by the Mindat Baptist Church (MBC).

Later UNHCR’s plan to distribute the rest of the supplies to more than 15,000 refugees taking shelter in the villages outside the town were stopped by the Myanmar Army. By expecting the army will steal the UN supplies meant for the refugees, the UNHCR refused to leave the undistributed goods with the army and took the goods back to Proper Burma.

Army had also taken advantage of the lull in the hostilities during the UNHCR visit and brought in more army battalions to resume the planned annihilation of Mindat CDF by August. 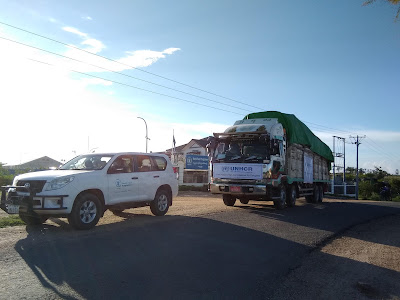 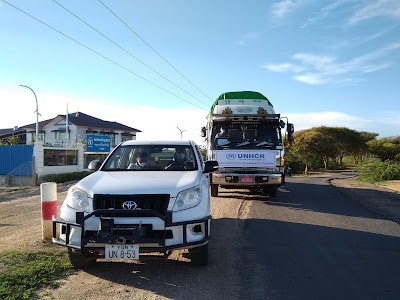 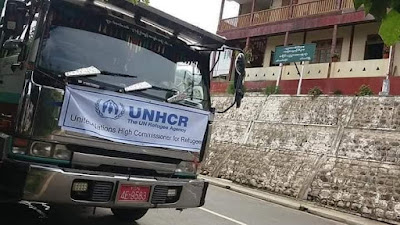 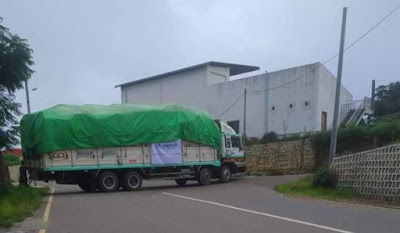 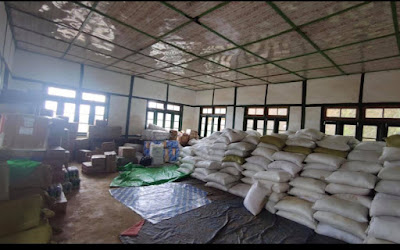