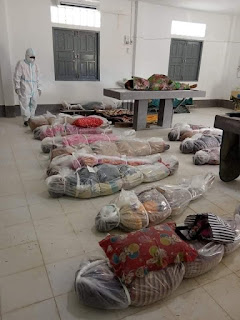 Yesterday WHO declares that Burma (Myanmar) will have at least 20 million cases of Delta Variant COVID infection by end of this year. Deaths from COVID are piling up all over Burma and the ruling military government’s inept handling has been making the public health crisis worse.

The photos of long lines of corpses waiting to be cremated are all over the Burmese Facebook pages as the multitude of deaths are overwhelming the government-controlled crematoriums in Rangoon.

And the disgusting pictures of military government’s secret burning of unclaimed COVID corpses inside the garbage incinerators operated by RCDC (Rangoon City Development Committee- the city’s municipal authority) are now leaking daily to the depressed and disturbed public.

The actual daily COVID deaths recently is more than ten times worse than the figures of 350 average-daily-deaths officially released by the military government. Rangoon alone is now recorded at least 3,500 daily deaths as per the crematorium sources.

Following photos are from the 60-ton capacity Japanese-built Hlawgar Waste Incinerator at Shwepyithar Township in Rangoon. The other three garbage incinerators in Rangoon are also busily burning the COVID corpses secretly to hide the actual daily COVID deaths in Rangoon the largest city of Burma and the former capital.

Also there are many horrible rumors floating round the city that the bodies of hundreds and hundreds of deaths from army's Interrogation and Torture centers are also brought into the RCDC's garbage disposal depots and burned while some are still alive.

During the past mass uprising like the ones in 1974 (U Thant) and 1988  (8-8-88), Army killed tens of thousands of protesters and brought them on naval barges to  where Rangoon River meets the sea and dumped the bodies into the crocodile-infested waters there.

But the whole area now is fully developed into a vast Industrial Estate and a deep sea port. So army lost their favourite body-dumping ground and they are now being forced to burn the bodies in the RCDC garbage incinerators. 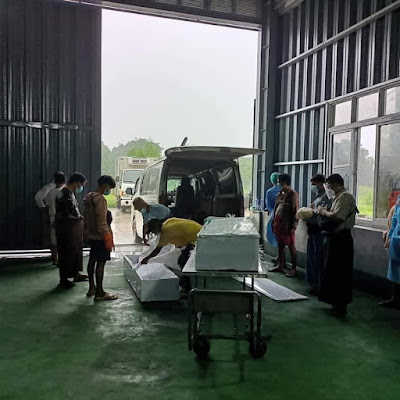 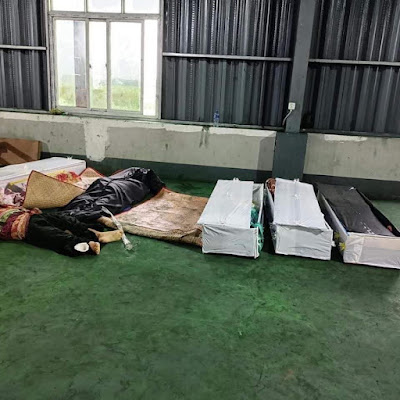 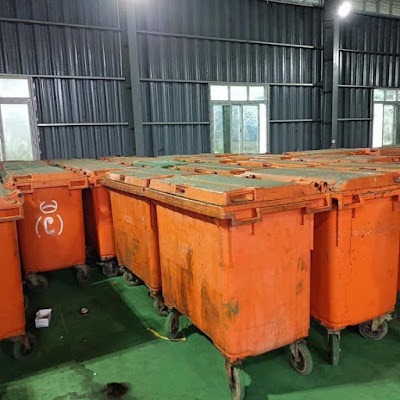 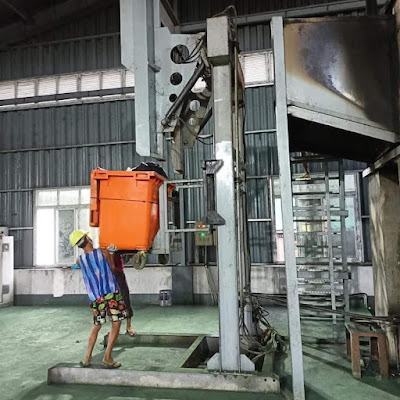 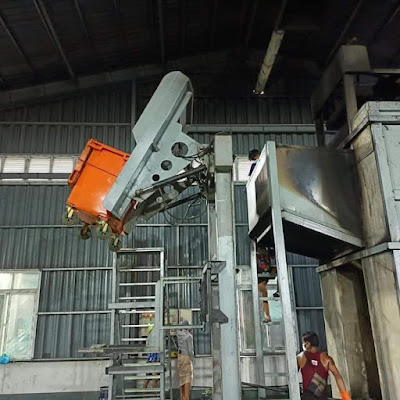 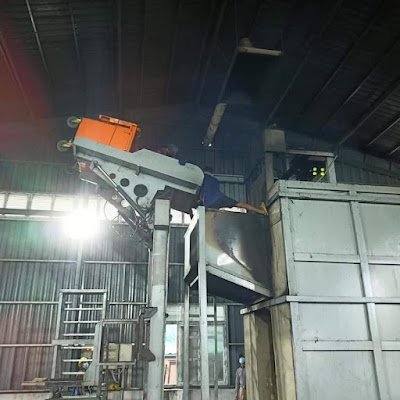 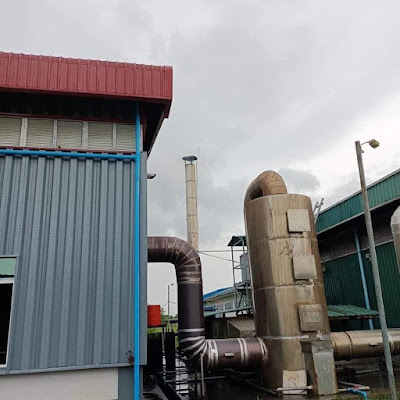 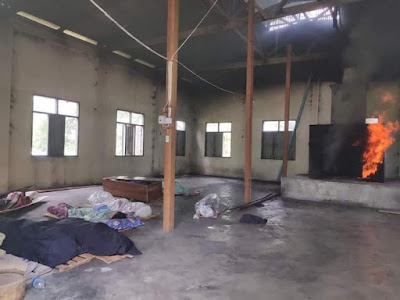 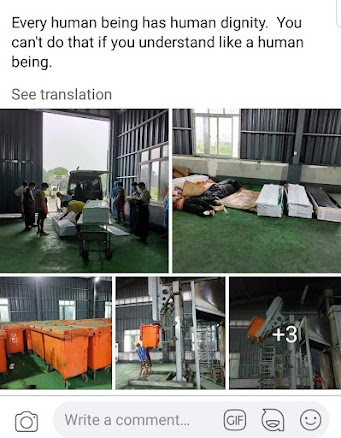