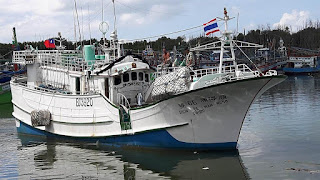 MONEY, MONEY: The analysis of Cai’s phones was continuing to provide leads. On them, police say they found the GPS coordinates of the pick-up point in the Andaman Sea where fishing boats laden with Myanmar meth were meeting drug motherships capable of being at sea for weeks. One of the motherships was a Taiwanese trawler called the Shun de Man 66, according to the Taiwanese law enforcement document reviewed by Reuters.

The vessel was already at sea when, in early July 2017, Joshua Joseph Smith walked into a marine broker in the Western Australian capital of Perth and paid $A350,000 (about $265,000 at the time) for the MV Valkoista, a fishing charter boat. Smith, who was in his mid-40s and hailed from the east coast of Australia, inquired about sea sickness tablets. According to local media, he didn’t have a fishing license at the time.

After buying the boat on July 7, Smith set the Valkoista on a course straight from the marina to meet the Shun De Man 66 in the Indian Ocean, an AFP police commander said. After the rendezvous, the Valkoista then sailed to the remote Western Australian port city of Geraldton on July 11, where its crew was seen “unloading a lot of packages” into a van, the commander said.

“We knew we had an importation. We know the methodology of organized crime networks. We know if a ship leaves empty and comes back with some gear on it, that it hasn’t just dropped from the sky in the middle of the ocean.”

Investigators checked CCTV footage and hotel, plane and car hire records. The phones of some of the Australian drug traffickers were tapped. It soon became apparent, police say, that some of Smith’s alleged co-conspirators were members of an ethnic Lebanese underworld gang, as well as the Hells Angels and Comanchero motorcycle gangs, known as “bikies” in Australia.

As they put together their deal to import 1.2 tonnes of crystal meth into Australia, Smith's associates met with Sam Gor syndicate members in Bangkok in August 2017, according to a copy of an AFP document reviewed by Reuters. The Australians reconvened in Perth a month later.

Bikers may have a reputation for wild clubhouse parties and a self-styled mythology as outsiders, but these Australians had refined tastes. They flew business class, stayed in five-star hotels and dined at the finest restaurants, according to police investigators and local media reports.

One of those restaurants, said the AFP commander, was the Rockpool Bar & Grill in Perth. The restaurant offered a 104-page wine list and a menu that included caviar with toast at about $185 per serving.

On November 27, 2017, the Shun De Man 66 set sail again, this time from Singapore. The vessel headed north into the Andaman Sea to rendezvous with a smaller boat bringing the meth from Myanmar. The Shun De Man then sailed along the west coast of the Indonesian island of Sumatra and dropped down to the Indian Ocean. The Indonesian navy watched and the AFP listened. 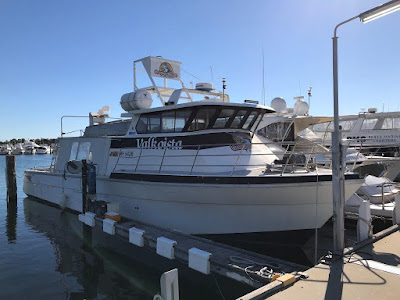 When the Shun De Man finally met again with the Valkoista in international waters off the West Australian coast on December 19, an Asian voice could be heard shouting “money, money,” according to the commander and local media reports.

The Shun De Man’s crew had one half of a torn Hong Kong dollar bill. Smith and his crew had the other half. The Australian buyers proved their identity by matching their portion to the fragment held by the crew of the Shun De Man, who then handed over the meth.

The Valkoista arrived in the Australian port city of Geraldton following a two-day return journey in rough seas. The men unloaded the drugs in the pre-dawn dark. Masked members of the AFP and Western Australian police moved in with assault weapons and seized the drugs and the men. Smith pleaded guilty to importing a commercial quantity of an illegal drug. Some of his alleged associates are still on trial.

Taiwan’s Ministry of Justice Investigation Bureau said it had “worked together with our counterparts on the investigation” of the Shun De Man 66 and that this had led to the “substantial seizure of illicit narcotics” by the Australian authorities in December 2017.

The police have had some wins, like the 2017 busts in Shan State and the remote Western Australian city of Geraldton where they seized 1.2 tonnes of meth and arrested alleged traffickers. They had less luck when they raided the compound of suspected senior syndicate member Sue Songkittikul in Thailand in December. He wasn’t there. 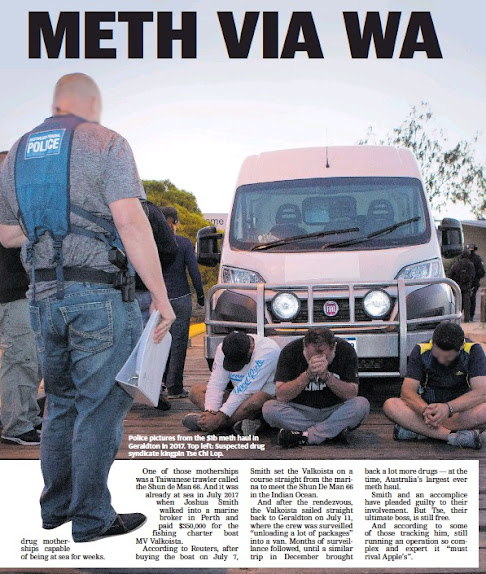 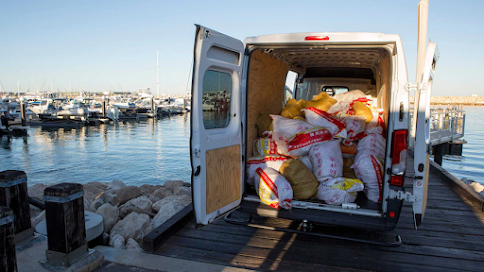