(Compilation of articles from various Burmese blogs on 1-6 June 2014.)

Alarmingly heated-up Burma-Bangladesh border has been back to hostile-normal after the body of dead BGB Corporal Nayek Mizanur Rahman was released back into Bangladeshi hands in the late afternoon of May-31.

Forty-three year-old Corporal Rahman was killed earlier in the morning of May-28 when he and one other man were trying to sneak into Burma. BGB (Border Guard Bangladesh) later claimed that two BGB men were just on their routine patrol while Burmese side accused the two were in the yellowish camouflage uniforms of RSO insurgents and both were trying to breach the border-fence which is well inside Burmese territory.

BGB Director General Maj General Aziz said that a 10-member team of BGB led by an officer of BGB-Major rank went to the Burmese side crossing the borderline in response to a call from the Burmese Army and identified the body of dead BGB Corporal Nayek Mizanur.


"The team then brought back the body after completing different formalities," the BGB chief said while addressing the media at the BGB headquarters in the capital Dhaka next day. He further said that the firearm of the slain BGB man could not be recovered.

Later on June-5 his M-22 (Chinese version of AK-47) assault rifle and ammunitions were also returned when the concerned-parties from both BGB (Border Guard Bangladesh) and Burmese border guard police met at the official flag-meeting in the Burmese border town of Maungdaw. 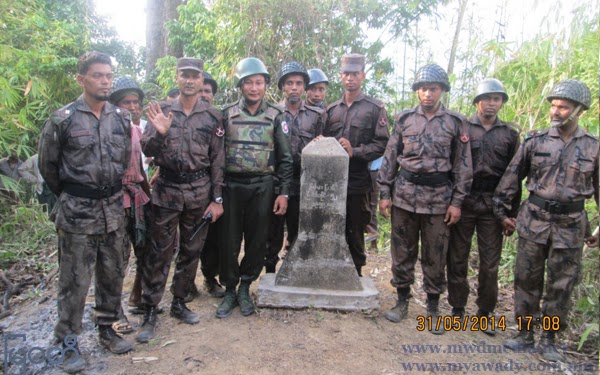 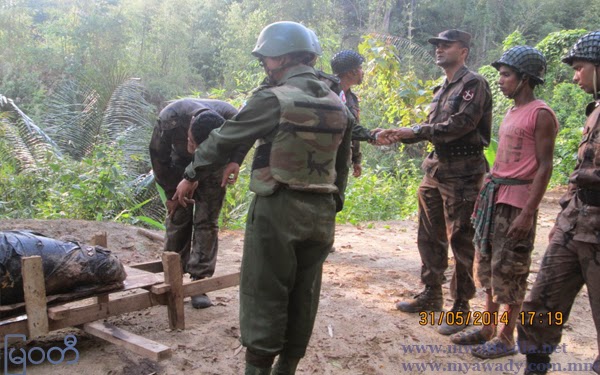 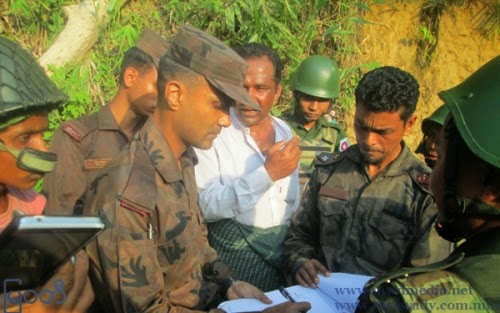 Tense Meeting between Bangladeshis and Burmese

During the nearly 6 hours-long tense meeting, according to Burma Police, Burmese side had asked the Bangladeshis to come clean on their involvement with Taliban-trained RSO (Rohingya Solidarity Organization) insurgents active on Bangladeshi side.

“Our reliable intelligence is indicating that on Bangladesh side of border there definitely are RSO armed insurgents and they frequently are in BGB and Bangladeshi Army uniforms when they breach the border and ambush our border patrols,” said Police-Colonel Tin Ko Ko the CO of Burma’s First Border Guard Police Regiment stationed on the Burma-Bangladesh border.

Both Burmese and Bangladeshi sides agreed at the meeting for joint-border-patrols and joint-inspection of border-posts right on the more than 200 km long border. But Bangladeshi side is still stubbornly refusing to admit the existence of RSO insurgents and their ambushes, kidnappings, and murders of Burmese police and engineering soldiers since 2012.

Burmese Police Colonel Tin Ko Ko has told the media after the meeting, “BGB still stubbornly kept on saying to us that they have no RSO in their territory. So we asked then who were the men that ambushed and murdered four of our border patrol police at Borderpost-52 on May 13. And when asked them who was the man killed by our forces at Borderpost-38 on May 17 they refused to answer.”

He also told the media that Burmese side had returned the body of killed Bengali-Muslim from May-28 incident for the peace’s sake but he and his men are still not accepting the dead man was a BGB corporal nothing to do with RSO insurgents as claimed by BGB.

1) The dead man’s uniform has no BGB insignia or shoulder or arm patches.
2) The dead man’s uniform was a yellowish camouflage worn by RSO insurgents, not a blackish camouflage worn by BGB.
3) BGB has no reason to enter Burma clandestinely as that dead man did on May-28, for BGB can enter Burma legally after informing us.
4) All clashes on the border so far did not involve the use of heavy weapons as RSO insurgents do not have heavy weapons. BGB has heavy guns and they could have used them against our army troops who killed the dead man and others in May-28 and May-17 fire-fights on the borderline.

He said we are not willing to accept BGB’s false claims that Bangladesh does not harbour anti-Burma insurgents like RSO on their side. So who are the armed groups keep on breaching our border and ambushing and kidnapping and killing our security personnel?

He strongly concluded that BGB had been dishonest so far for they always claim the attackers were unknown insurgents or Islamist-dacoits if we didn’t catch them dead in their acts.

But when we caught the intruder dead they were so quick to claim the dead man was their missing BGB man. Obviously BGB men are deeply intertwined with RSO insurgents their Muslim Bengali brothers.

Naval and Infantry Confrontations on the Border

At least five frigates and off-shore patrol boats from Bangladeshi Navy is now facing off with five guided-missile frigates and light-frigates of Burma Navy right on the maritime boundary off Burma’s Ohn Island.

(Blogger’s notes: I honestly believe Bangladesh’s BGB definitely is supporting and keeping the RSO insurgents as a necessary buffer between them and hostile Burma Army. May be not the Bangladeshi Governent’s official policy, but just a local policy to control the volatile border between Burma and Bangladesh.

Not unlike Thai Army and Rangers who have been keeping Karen and Shan insurgents alive and well on their long and porous border with Burma as a buffer for last 60 odd years. Now BGB and Bangladesh Army is doing the exact same thing with their RSO Bengali-Muslim brothers. So, same as with Thailand, our Burmese soldiers shoot first and wage war while Burmese Border Policemen talk peace  nicely and make sure that good neighborly relations will continue on. That "Good Cop Bad cop" crap.) 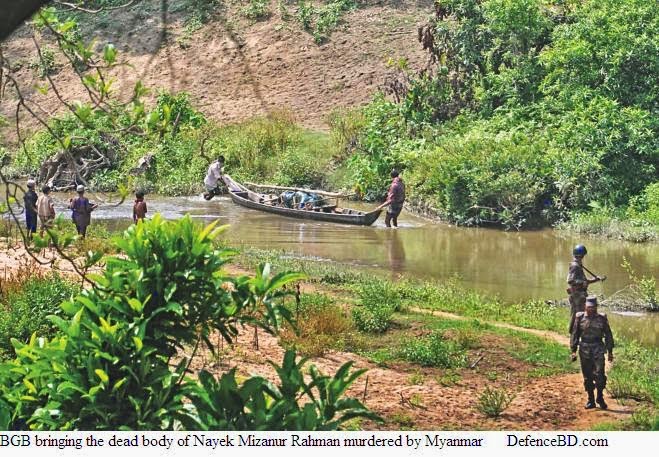 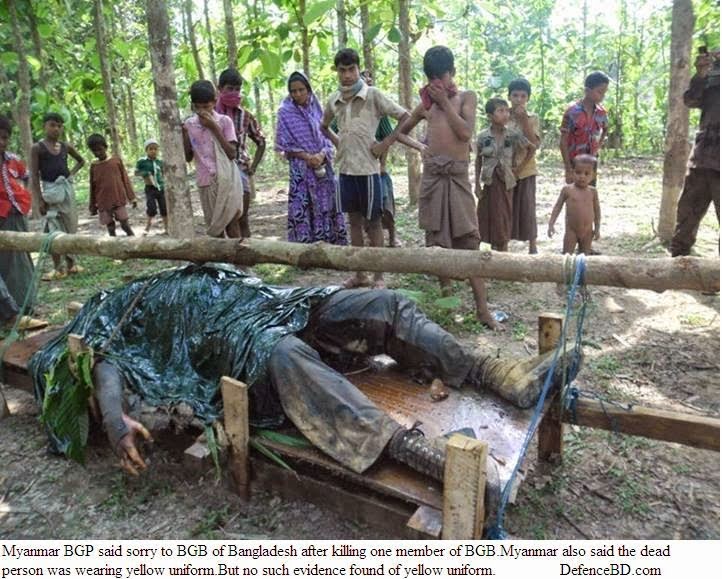 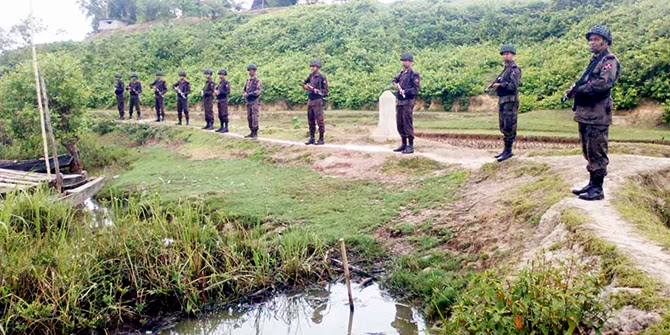 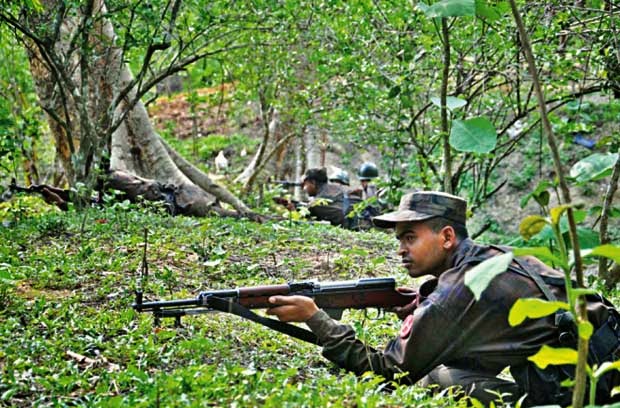 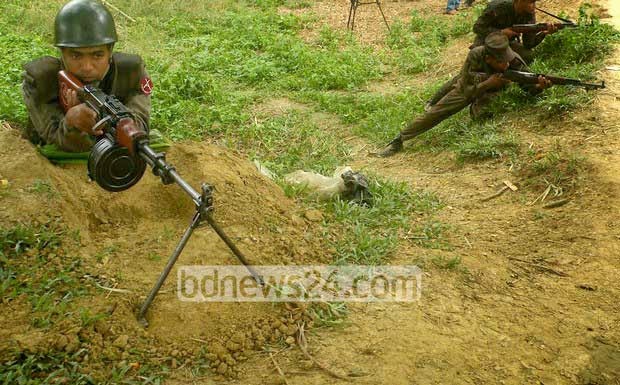 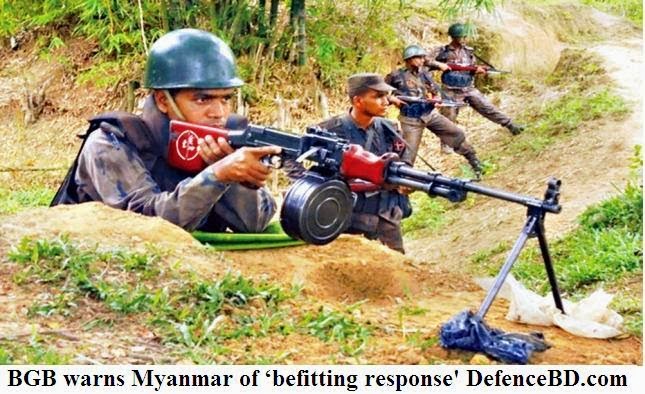