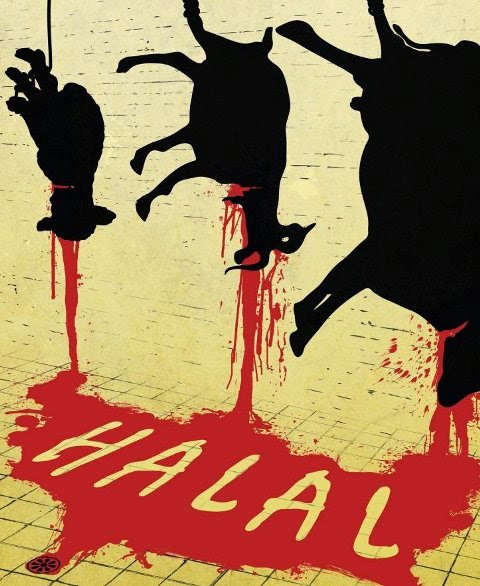 I grew up in a small island town called Maw-Gyun (officially known as Moulmein-Gyun), where my large maternal clan still live, in the delta of River Irrawaddy in Lower Burma. Our little town was in the still-southward-expanding vast delta of the mighty river Irrawaddy.

Most of the town folks including my family were deeply religious as devout Buddhists. The small town had three Buddhist monasteries and I went to the Primary School run by the Buddhist monks from the biggest monastery.

Our little town also had a sizeable population of Muslims and a large community of Christians. Most Muslims were the descendants of Indian immigrants from the subcontinent during the colonial times and the Christians were the local ethnic tribe of Kayins and some Chinese traders.


The large and only mosque of the town was right across the wide street from our big house. The memories I had of the mosque and its people were the annual slaughtering of a large number of cattle inside the mosque. After the ritual slaughters they always gave away the raw, fresh, and still bloodied beef to the neighboring households including ours.

We Burmese didn’t eat beef for a religious reason and also because of the belief that we owed the cattle a lot, for they were the crucial part of growing and harvesting the rice crop. Only time we had a beef dish in our house was when my great-aunt cooked a tasty chili beef curry out of the raw meat distributed free by the Muslims every year during the Ramadan festival celebrating the end of their month-long fast.

Whenever I saw a distinctly bearded Muslim man or a head-to-toe burqa-covered Muslim woman out on the streets I always felt a mouth-watering taste of my great-aunt's hot and spicy chili beef curry inside my mouth.

In 2009 I was told by a former Mawgyunian now living in Singapore that Mawgyun went completely beefless since a few years ago by legally stopping the town Muslims from slaughtering cattle and selling beef. The Buddhist town-folk of Mawgyun just simply buy the Annual Slaughter License from the town’s Municipal Council by outbidding the town Muslims.

So our little town Mawgyun has started the ingenious process of outbidding town-Muslims and stopping the killing of cattle and selling their meat. Of course every Buddhist in town has to chip in to collect the substantial amount of cash to outbid the Muslims and then forfeit the slaughter-license for that year and then start the same process against Muslims again next year.

Following was what one prominent Mawgyun Buddhist leader said of their exciting campaign to rid the town of that brutal Halal slaughtering of cows and selling of beef.

“It started five years ago. The beef-license-fees then was only Kyats 1.2 million. I put up 150,000 seed money and the whole town chipped in. Bloody Muslims fought back hard every year and the license-fees went up to 1.5 million a year later, then 2 million, then 3 million, and this year now is Kyats 4 million.

For them the slaughter-license (monopoly permit to slaughter cattle) was very profitable beef wholesale and retail business they could live of very well. And also their stupid Halal Islamist belief and all that Allah bullshit. For us we just bought the license and just throw it away one year so that no fucking Muslim can kill a cow or cattle and sell beef and make money here in our devout-Buddhist town Mawgyun.

So far there are so many people like me who donates large amount of cash for the annual beef-license to outbid the Muslims. There also are many hundreds of people donating 5,000 or 10,000 kyats so that Muslims will be never able to get back to killing cows here in Mawgyun again unless their stepfathers in Saudi Arabia send them a billion dollar, touch wood, I shouldn't have said that.”

It was a stroke of genius and now it appears that many towns in Burma’s Irrawaddy Delta are following that process all over the Delta and Muslims are not happy at all and even officially complaining to the UN and OIC as a violation of their religious freedom and human rights.

“We can sell at our shops in Pantanaw Bazzar the beef only from our Hala-slaughtered cattle and cows. But the 969 monks out-bidded us and got all annual slaughter licenses for the whole budget year of 2013-2014. These bastard monks are deliberately and systematically starving us by taking away our only profitable living as Muslims here in Pantanaw,” complained bitterly a local Muslim leader from Pantanaw. 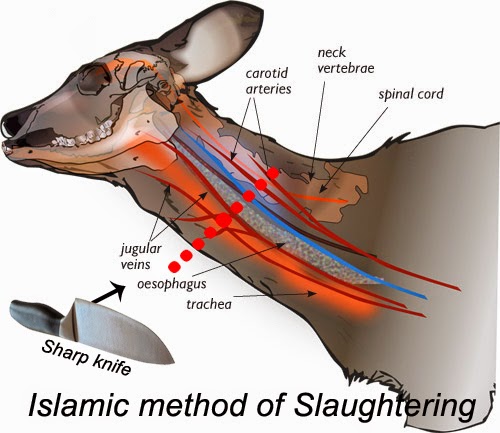 According to the local Muslims the Chief-abbot of Mya-Taung Monastery in Pantanaw Town Mya-Taung Sayardaw and other abbots from neighbouring townships have been actively bidding the annual slaughter-licenses from their Town Municipal councils just to drive the Muslims out of Beef-business and stop the populace from eating beef.

“That is totally wrong,” commented Shwe-Taung Kyaung-daik Monastery Chief-Abbot Bart-dan-tah-pan-dah-wun-tha (U Pyi Kyaw), “us Buddhist monks have no business in gaining slaughter-license, and local authorities should be taking actions against them.”

Almost every beef-shop in Burma is owned by local Muslims mainly to serve local Muslim customers and some Buddhists who like to eat beef occasionally despite Buddhism’s dislike of that practice of killing cows and eating their meat.

“Here in Pantanaw there are many good Buddhist monks who have been good to Muslims and also there are many good Muslims who generally treat us Buddhists and our monks well. We occasionally eat beef too like those Muslims and we need Muslims to kill cows and sell beef to us. Also we can sell our cattle and cows to Hala-Muslims so that they can kill and get beef. Those monks buying slaughter-licenses just to ban the cattle-killings are not doing their pious work they are supposed to do,” said one local Buddhist from Myo-ma Ward.

On May-5 this year in the Du-yar Village of Hina-tha-dah Township the local monks and public captured red-handed four Bengali-Muslims illegally slaughtering cattle for beef.

Four Bengali-Muslim cow-killers were at the scene but the two namley Lu-kar-man and Sar-thit had escaped. The fortunate cows still alive are now temporarily living well in the compounds of various monasteries in Hanthada City.

To prevent brutal Hala-slaughtering of cows in Hintahda Township the local Buddhist associations have already outbid  the Muslims and purchased this year slaughter-license from the town Municipal council, but the local Bengali-Muslims are still killing cows illegally and sent the beef to the neighbouring towns like Zalun and Danubyu.

In another large town in the Delta the town of Kyone-ma-ngay the 969 monks have also outbid the Muslim slaughter-houses and purchased and then forfeited the town’s beef-licenses by paying massive 8.5 million kyats collected from the town’s devout Buddhist folks.

But Kyone-ma-ngay also has same problem as in Hin-tha-da of Bengali-Muslims slaughtering cows secretly and sending illegal beef to other towns and the local monks and people are capturing the cows from the Muslims and arresting them.


So far the monasteries in Kyone-ma-ngay already have 28 water-buffalos and 4 cows now alive and well in their care and the monks are now pressuring the town administration to take legal actions against the Bengali-Muslims illegally slaughtering cattle and selling beef.
(Muslim animals slaughtering a cow. Poor cow had utterly suffered
more than 10 minutes after her throat was horribly cut alive.)
Posted by Hla Oo at 2:00 PM