Islamic terrorism is notable for the frequent use of suicidal volunteers eager to join the fight and intentionally die. Suicide attacks are not unique to Islam. The Hindu Tamil separatists of Sri Lanka (the LTTE) pioneered the modern use of suicide bombers three decades ago.

But each attack just made their opponents angrier rather than demoralized. The LTTE was eventually defeated, partly by an enraged Sri Lankan population, and partly because of dissention and demoralization within their own ranks.


The Islamic Hezbollah group in Lebanon was the next to pick up on suicide bombers in a big way. While Hezbollah claims to represent the Shia minority in Lebanon, it has brought upon itself increasing resistance from the majority of Lebanese by acting in support for foreign nations.

Actually Hezbollah eventually (by the 1990s) abandoned suicide bombing as a common attack technique apparently noting the downside of the tactic and the civilian deaths it tends to create.

Palestinian terrorists adopted the use of suicide bombing against Israel in 2000. The Israelis eventually developed tactics that defeated this weapon. The Palestinian attacks destroyed the substantial popular support within Israel for a Palestinian peace deal, and increased Israeli support for stronger measures against Palestinian terrorism. 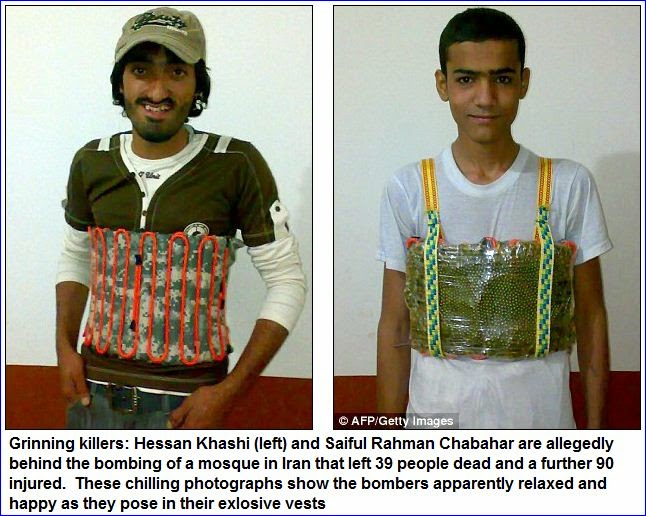 The Palestinian terrorists are still striving to use suicide bombing against Israel although many Palestinians admit that the tactic has failed, and has often been counterproductive.

Al Qaeda also adopted suicide bomber tactics, especially after the spectacular success of the technique for the September 11, 2001 attacks. That was followed by widespread use in Iraq. This turned out to be a major error.

So many Moslems were killed, particularly women and children that Arab public opinion turned against al Qaeda. Even Sunni Arabs in Iraq have been fighting al Qaeda in Iraq, despite the fact that al Qaeda is committing all this mayhem in the name of Sunni Arabs.

Despite its shortcomings suicide attacks, especially using bombs, remains popular with young, unskilled Islamic terrorists. Especially for young men who grew up in the West (after moving there or being born there) suicide tactics were an attractive option because it enabled these unskilled (usually poorly educated and without prospects) young men to do something spectacular despite their lack of military (or any other) skills.

Islam encourages this sort of sacrifice, being the only major religion founded by false-prophet Mohammad, a warlord and the very first Muslim, as an intensely militant (and military) organization that encouraged the use of military conquest and violence in general to gain (coerce or force) converts.

Islam thus had little problem embracing the techniques required for recruiting and managing suicide bombers. This process requires that the volunteers for suicide duty be depicted as heroic and attractive figures.

This is done via emphasizing the martyr angle, and all the religious connotations. This plays well in Islamic countries. Cash payments to the families also adds to the allure. Still, most young men are not dumb enough to fall for the offer to blow themselves up for the Love of God and some extra cash for their family.

And those that can be tempted often need some efforts by people skilled at persuading people to kill themselves. Further incentives are often required. Not for the suicide bomber, but for the guy who recruits him. Thus it is common to pay finders fees for those who bring in a suicide bomber recruit.

But the recruiter has an incentive, and the incentive works. But there are often kickbacks or recruiting agencies lying to their recruiters about how much the bounty really is and paying less. Western counter-terrorism efforts eventually learned how important it was to look out for these recruiters, who often operated out of mosques, and go after them.


Although suicide bombing fell into disfavor after 2007 and its heavy use in Iraq it has returned because of the savage fighting in Syria. It should not be surprising that Western counter-terrorism efforts are again directed at finding and arresting the recruiters operating in the West. 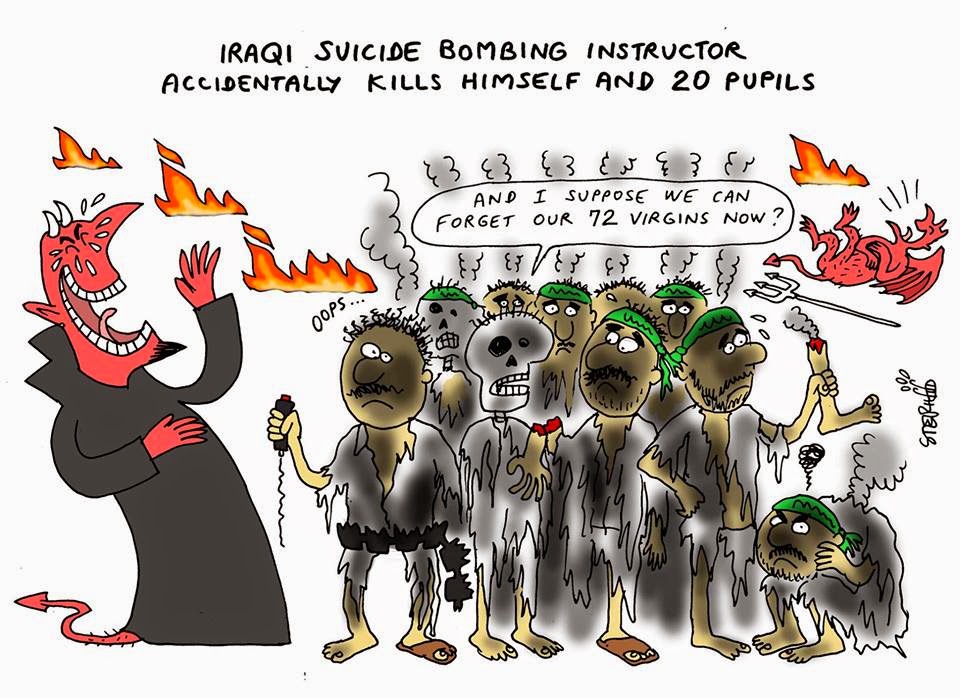 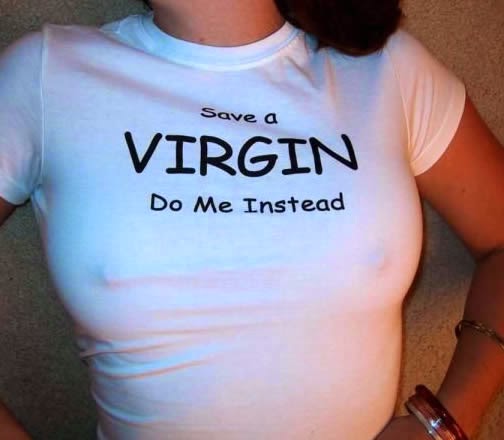 (Blogger's notes: Unlike strictly hierarchical Christianity especially the Roman Catholics Islam is a very-loosely-formed institution. In business parlance Islam is a franchise operation. Much looser than the business franchises, at least organization-wise, Muslims don't even need a permission to start either a mosque or a madrassa.

Any man with unkempt beard and trim mustache can claim he is a Muslim Imam and start his own little Muslim community with his own family and some followers and start doing whatever he wants. That's why in Islam any crooks or blood-thirsty thugs like Boko Harem in Sudan can start their own so-called Islamist group and do whatever they want or interpret as Allah's guidance or Mohammad's warlord-like teachings.

We as human beings need to fight off and eventually outlaw Islam as that stone-age ideology and its dangerously-loose structure has been creating evil like Al-Qaeda and Boko Harem and Al-Sherbaab on earth since that warlord Mohammad had started in 7th century AD.)

Related posts at following links:
9-11 Monstrosity, Free Money, and Pisslamophobia
Posted by Hla Oo at 12:52 AM