'Honour killing' lecture plan causes storm: NSW government figures have slammed plans for the Sydney Opera House to host a lecture examining whether honour killings can be morally justified, as the lecturer urges critics to "calm down" and wait to hear him out.

The annual Festival of Dangerous Ideas provoked a social media backlash on Tuesday with the announcement that its line-up this year includes a talk entitled "Honour killings are morally justified," to be delivered by Uthman Badar, a writer and spokesman for Islamist group Hizb ut-Tahrir.

Minister for Women Pru Goward and Minister for Citizenship and Communities Victor Dominello have both spoken out. "The justification of honour killings has no place in this country, and frankly I'm surprised the idea is being entertained," Ms Goward said in a statement. "Free speech is one thing, but to advocate the honour killing of women is abhorrent and goes against Australian values."


Mr Dominello condemned any move to allow a defence of honour killings to be aired in the iconic Opera House. "Allowing one of our most precious cultural institutions to be used as a forum to justify the murder of innocent women is outrageously reckless," he said.

Their statements echoed a slew of comments on Twitter, where ABC broadcaster Mark Colvin wrote, "Some ideas are dangerous: others are just repellent", and writer Francesca Newby added that "Murdering women and girls isn't a 'dangerous idea', it's a criminal reality".

Another Twitter user, Sam Quigley, joked: "You asked; we listened. Presenting the 2015 Festival of Ideas Exactly as Dangerous as Malcolm Turnbull's Leather Jacket!" Mr Badar has indicated he does not intend to defend honour killings in his lecture.

His tweeted response to one critic who wrote, "Any one who condones or justifies the murder of defenceless women is a gutless creep", was: "I'm with you on that. Calm down."

"Overwhelmingly, those who condemn honour killings are based in the liberal democracies of the West," a blurb for Mr Badar's event reads. "The accuser and moral judge is the secular (white) westerner and the accused is the oriental other; the powerful condemn the powerless."

Hizb ut-Tahrir advocates the establishment of a global caliphate, or Islamic state, including an independent judiciary. The group garnered headlines last year when it criticised the federal government for forcing Islamic schools in Australia to commemorate Anzac Day, prompting Prime Minister Tony Abbott to declare the group had "some pretty dodgy views, to say the least".

The Sydney-based Hizb ut-Tahrir is the Islamist extremist group believed to be responsible for recruiting and sending more than 100 extremist Muslims from Australia to fight with ISIS (Islamist State of Iraq and Syria) in both Syria and Iraq.

The group Hizb ut-Tahrir (HT) has been outlawed in the United States and Germany but are apparently free to spout their inflammatory, very un-peaceful agenda in Australia. The Islamist group which promotes violence [while saying it is for ‘peace’] to achieve its aims hosted in 2010 an Islamist conference in Sydney’s South-West the Lebanese-Muslims’ stronghold in Australia.

Banned All Over The World But Allowed in Australia

Hundred of Islamic activists from all over the world assembled in Sydney in 2010 for that Islamist convention held by Hizb ut-Tahrir. That was its first big event in Australia since a failed push to outlaw it three years ago.

In 2007, when HT held its last international assembly in Australia, the federal government considered banning the organisation in response to claims that it incites religious hatred and indirectly encourages terrorism.

But ASIO advised the then attorney-general Philip Ruddock that there was insufficient evidence to proscribe the group as it did not advocate terrorism. HT explicitly rejects the use of violence in its quest for an Islamic state. But it supports militant campaigns against Western forces in Afghanistan and Iraq, and opposes the existence of Israel, which it calls an "illegitimate" state that "must be removed".

"Hizb ut-Tahrir's platform actually forbids its members from acts of terror and there is no clear evidence of (HT) engaging in terrorism or the preparation of terrorism," said Clive Williams, head of terrorism studies at the Australian National University. "There are many instances, though, of those whose views were forged in Hizb ut-Tahrir subsequently taking part in terrorism."

HT is banned in much of the Middle East, but operates legally in more than 40 countries, with an estimated one million members worldwide. It has been active in Australia since the early 1990s.

How on earth can HT claim that they are not violent or extremist when they seek the elimination of the state of Israel? How can they support the United Nations now when it suits them and not when Israel was returned rightfully to the Jews? Do they support Islam? Yes. Then they support Islamic law – just go read some news and find out how many people Islam has killed today on their highly-inflammatory website.

Group leader Uthman Badar denied the organisation was extremist. "There is nothing extreme about wanting representative, accountable governance in the Muslim world, or wanting the end of foreign interference there by removing the despots who rule," he said.

Of course one has to be in lulu land to believe that HT does not espouse violence. This is their public ‘face’ to the media. HT explicitly rejects the use of violence in its quest for an Islamic state. But it supports militant campaigns against Western forces in Afghanistan and Iraq, and opposes the existence of Israel, which it calls an "illegitimate" state that "must be removed".

So HT supports not only the elimination of a nation’s right to exist but also the killing of Australian and American soldiers in Afghanistan and Iraq. Yes? Of course. No need for taqiyya here – it is clear that the interests of this country are not at the heart of the Muslims – and they would justify the killing of our own young men and women in war.


But as long as they use taqiyya [Islamic sanctioned lying to achieve their purposes – sanctioned in Shariah] then they can con anyone in the west – like that leftist ANU professor Clive Williams. 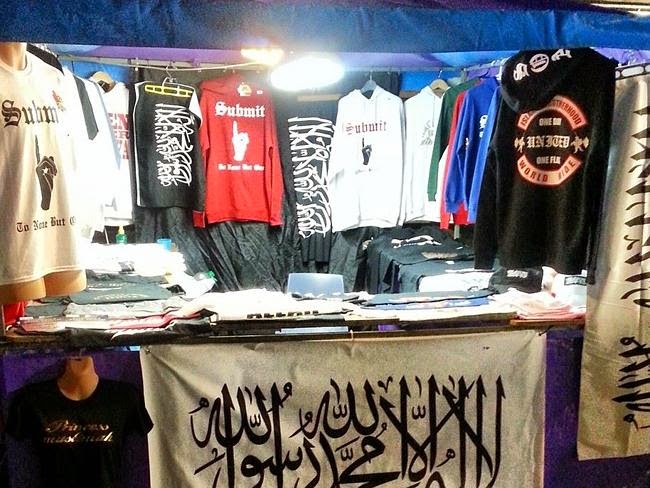 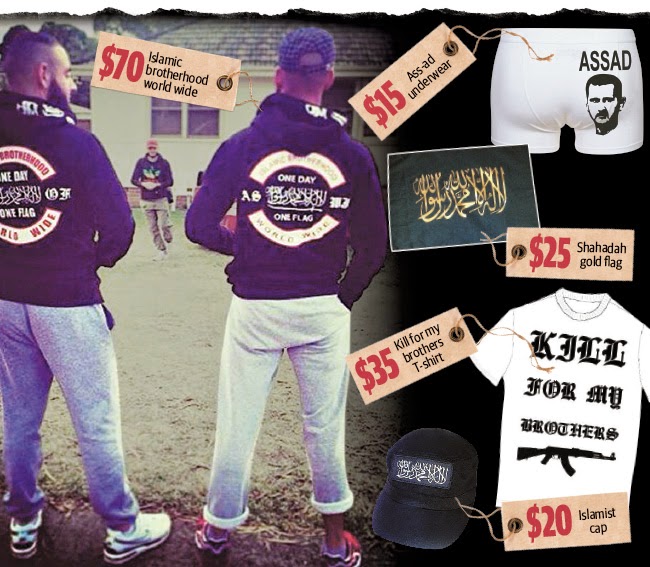