Democrats Turning On Its Loyal Supporters The Jews

Can’t say it’s a shock to see the Left turning on one of its largest and most loyal support groups – the Jews: Why do 70% of American Jews consistently vote Democrat? Look at history.

In the beginning of the 20th Century, when waves of Jewish refugees and immigrants were escaping pogroms and coming into America, the Jews, as was the case for many other immigrant groups, were not looked upon favorably by much of the American population, most of whom were Christian.

In fact, back then, neither Democrats nor Republicans had much use for the Jews, but a small party that was trying desperately to increase its numbers – the Liberal party – saw the Jewish immigrants as potential voters and reached out to them. Thrilled to be accepted by any American institution or political party, Jews became loyal Liberals, and then loyal Democrats as Liberals merged with the Democrat party later on.


Because of this history, generation after generation of Jews have remained on the Left. In fact, Jews were among the first groups that marched alongside Blacks in the Civil Rights Movement.

Fast forward to 2001. 9/11 happened and instead of blocking all immigration from Muslim countries, George W Bush started bringing in Muslims from countries in which we were at war, including, Afghanistan, Iraq, and Somalia. By the end of his two terms, there were around a million more Muslims in America than there had been in 2001.

Barack Hussein Obama tried to double those numbers and brought in at least 1.5 million more Muslims, both refugees and immigrants, many from the heart of terror-central – Somalia. And the Left welcomed them with open arms. 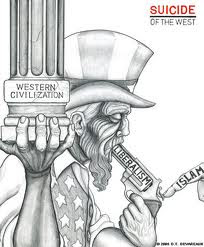 Are you beginning to see the reasons for the drift toward anti-Semitism on the Left in just the last few years? Muslims who had arrived in America before 2001, tended to be split between Democrats and Republicans. But with the start of the War on Terror in 2002, virtually all Muslims shifted to the Left, despite the fact many of the beliefs on the Left were contrary to their own religious and conservative beliefs.

Also, many Blacks in America have become antisemitic, forgetting or ignorant of the support they got from Jews in their own Civil Rights movement. Even more unbelievable, many Blacks are attracted to Islam and many have converted to it from Christianity.

Apparently, they are also ignorant of the fact that Muslims were the world’s original slavemasters and slavetraders, importing Blacks from Africa and selling them, in much greater numbers than Europeans ever did. Even today, there are around one million or more Black slaves from Africa owned by families in the Middle East (especially the oil-rich Gulf States).

In short, Muslims have hated Jews since Mohammed tried and failed to convert the Jewish population of Medina to Islam. Instead, he killed them. And the quran tells them to kill the rest if they can’t convert them.

The migration of millions of Muslims from the Middle East and Africa into Europe and America, aided by the Left’s open borders mantra set in motion the seeds of this rising anti-semitism. And with two new Muslim darlings of the Democrat Party getting all the media attention, many on the Left are turning on their old friends – the Jews, as well as their best ally in the Middle East – Israel. 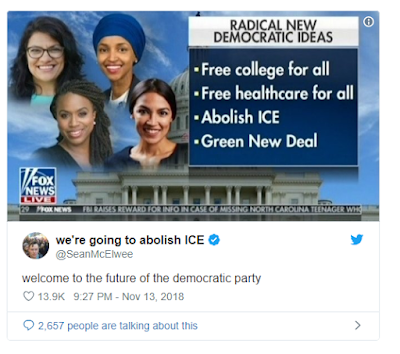 
After Congressman Ilhan Omar was widely condemned for a string of tweets many deemed anti-Semitic, she claimed at a Washington event that she receives these accusations because she’s Muslim.

“A lot of our Jewish colleagues . . . think that everything we say about Israel is anti-Semitic because we are Muslim,” claimed freshman lawmaker Ilhan Omar at a “Progressive Issues Town Hall” in Washington, D.C., referring to herself and Palestinian-American congresswoman Rashida Tlaib.

She then claimed people who point out anti-Semitism are just attempting to “end the debate,” a common accusation by anti-Israel mouthpieces when they are called out for mixing in tropes of Jew-hatred with criticism of the Jewish state.