(Monica Showalter’s article from The AMERICAN THINKER on 19 July 2018.) 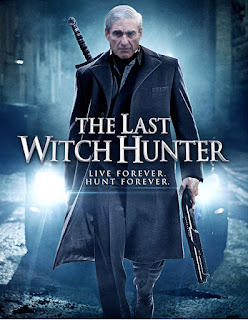 Mueller's witch hunt a growing disaster for national security: The evidence is mounting that Special Counsel Robert Mueller's open-ended investigation into whether President Trump colluded with the Russians to steal the election from Hillary Clinton (which has turned up nothing on that specific front) is becoming more than just a political burr under the saddle of President Trump.  It may be a growing national security problem.

Here are four points that demonstrate the extent of this problem. First, the law of two-can-play-that-game is coming into play, changing the nature of diplomacy – for the worse. Mueller's team indicted 12 GRU-linked Russians for hacking, which they probably did, as his means of showing that something is there on the hacking front and can be brought to court.

In the past, this was never done.  Cold Warriors stayed in the shadows and played their rough law-of-the-jungle games, unknown to civilians, but now Mueller wants it brought out into the open on new terms, through courts and lawyers and jail terms.  The Russians can see this, and that has prompted them to issue tit-for-tat retaliation.

Russia's investigators are calling for questioning of former U.S. ambassador Michael McFaul, who they know is one of the loudest and most obnoxious anti-Trump Obama officials, and President Trump has apparently left that door open.


While McFaul's Twitter behavior has been abominable, it's not a good thing.  Either everyone's officials are going to get indicted by the other side now, or no one's officials will, and don't think this kind of stuff can't spread to everything.  Who'd want to be an American or Russian ambassador with this sort of risk from political stunts?

Two-can-play-that-game is the understandable Russian response that Mueller should have foreseen and didn't care if it did come.  Mueller had a mission to justify, and to heck with how it plays out in national security.

Here's problem two: Mueller has been exposed by investigative reporter Paul Sperry as someone who has exclusively pursued just one side in the whole picture of Russian spying: that of their activities against Democrats.  But Russians themselves have been equal-opportunity disruptors, going after Republican servers as vigorously as they have gone after Democratic ones.

And as Thomas Lifson notes in thispiece here, Daniel Greenfield suspects that, based on their activities, they seem to have a soft spot for Bernie Sanders, not Donald Trump.  One thing I can add is that I know RT (Russia Times) News people (whose mission, according to vaunted U.S. intelligence, has been to disrupt). Virtually all of them are Bernie Sanders-supporters, so I think Greenfield is onto something.  Mueller's one-sided prosecutions and indictments smack of politicization: one set of laws for Republicans and their tormentors, another standard for Democrats and theirs.  That's on the domestic side.  On the national security side, what we get from this are bad intelligence assessments based on lopsided information.

Problem three: We now go to this superb must-read recent piece by Gary Gindler, who knows Russia and how Russians behave very well.  (Always click when you see a Gindler byline, because he's really good.)  Gindler points out that Mueller's unprecedented indictments of Russians pretty well ensure that U.S. intelligence can never profit from them.  That's a national security problem right there.

Gindler writes: The enormity of the situation is that Mueller violated the unwritten rules of counter-espionage, which were forged through many trials and errors over thousands of years.  One of these unwritten rules says the detected spy no longer poses a threat.  It is not necessary to arrest, or indict, or imprison him.  You can try to convert him into a double agent, but the probability of success cannot be predicted.

A much more effective method of working with an unmasked spy is to use the spy as a channel for disinformation.  Keep him in the dark.  Use the spy so he does not even know about it, and that his reputation among his colleagues and his leadership remained untainted. 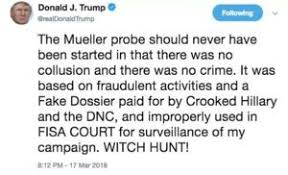 Mueller's indictment publicly disclosed the names of a dozen GRU officers engaged in computer espionage.  What will the GRU leadership do?  Of course, they will begin to treat their work with a certain degree of disbelief, knowing that they are all potential targets.

In other words, Mueller slammed the door in front of the FBI counterintelligence officers.  The FBI will not be able to flip these Russians, nor provide them with disinformation. Politics über alles, never mind national security, right?  Thanxalot, Bob.

Problem four, and again, we go to Gindler: the Russians can easily turn Mueller's legal maneuver against us like a captured weapon, using the court shenanigans to shake out U.S. secrets.

Mueller's action may trigger an unusual response from the Russians.  They can send one of the indicted officers to America on a crucial provocative mission.  GRU may choose, for example, the prettiest guy with excellent English; hire an expensive and prestigious American law firm; provide money; and put him on a plane.

He is facing just a few years in comfortable federal prison.  Per Russian espionage tradition, one year in jail will be counted as five, and he will return to his homeland a hero. To put him in prison, Mueller will have to present evidence to the court.  In this lies the problem.

Intentionally or unintentionally, Mueller revealed in the indictment information no one should ever have known.  Mueller made it clear that the counterintelligence of the United States had obtained access to the GRU computer network, from which practically all the data for the indictment were taken.  Lawyers for an impudently smiling Russian officer will demand (on legal grounds) all the details of how information about their client was obtained. 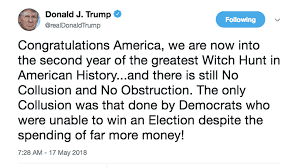 So now we give the Russians open access to American sources and methods, as well as secrets, in exchange for putting one guy in jail, who's probably only going to be a chit for exchange when the Russians toss one of ours into their own can in retaliation.  As Thomas Lifson has noted, Mueller seems to have sidelined the first batch of Russians he indicted, so there could be national security reasons already.  But one of them could get through, get his discovery done, and expose oodles of American secrets in return for a short jail terms.  The return on investment of that for Russia would be immense.

Is it time to shut down the Mueller investigation on the grounds that it's chipping away at national security?  I think so.  The unintended consequences of this witch hunt are hitting national security and U.S. intelligence capabilities particularly hard. 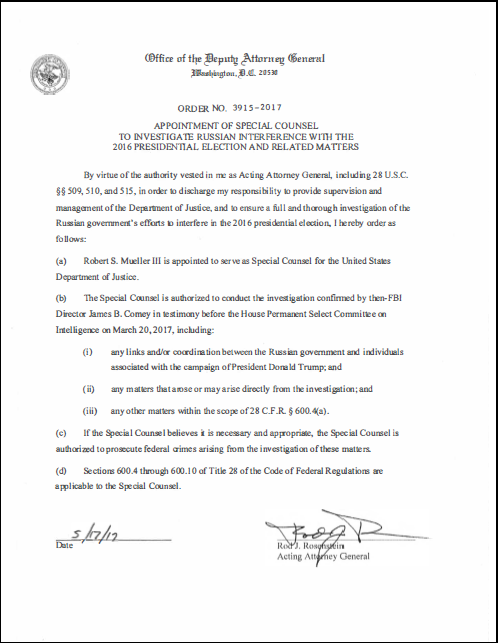 Am I the only one who is sick of the Robert Meuller investigation and witch hunt? People are getting tired, violently tired of the double standard. If President Trump or any Republican had pulled what President Obama, Hillary Clinton and their accomplices in the FBI (and the news media) have pulled, they would have been instantly impeached.

Paying a foreign agent to produce a dossier of false information to get a FISA judge to give them the power to use the FBI and all of the unlimited resources of the federal government to investigate, manipulate and manufacture a crime to remove an elected, sitting president is an attempted coup! In some countries, they would be marched out and executed on prime time television.

I cannot express the contempt I have for the liberal media right now. Do the liberal accomplices on CNN, MSNBC and newspapers all over the country not understand they are destroying their own credibility and that damage will take years to repair? There will be a reckoning! Hopefully, that reckoning will occur in November. 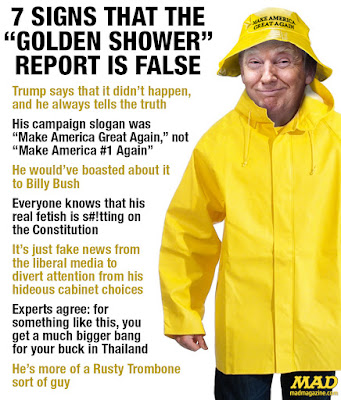 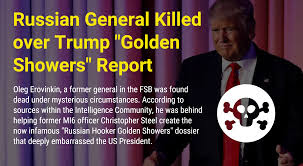