Trump SOTU: We Are Born Free, We Will Stay Free! 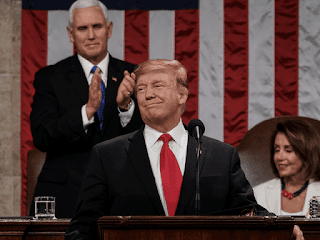 9:00 PM: Trump arrives to deliver his second State of the Union address. Most Democrats not applauding.

“Here, in the United States, we are alarmed by new calls to adopt socialism in our country.  America was founded on liberty and independence –- not government coercion, domination, and control.  We are born free, and we will stay free.  Tonight, we renew our resolve that America will never be a socialist country,” declared firmly Donald Trump.

9:07: Trump says he is ready to achieve breakthroughs in the new Congress… “not as two parties…but as one nation.” He says he will lay out an agenda that is not Republican or Democrat.. but “the agenda of the American people.” He talks about fair trade for American workers and revitalizing the nation’s infrastructure.


He says there is a new opportunity in American politics “if only we have the courage to seize it.” He also spoke about an America-first foreign policy and revamping the country’s immigration system.

9:35: Trump on immigration. He says he wants people to come into America “in the largest numbers ever” so long as they come in legally. He asks Congress to come together on illegal immigration because it is a “moral issue.”

He also speaks about how working-class Americans often have to suffer because of illegal immigration while wealthy Americans “push for open borders while living their lives behind walls and gates and guards”:

The Congress has 10 days left to pass a bill that will fund our Government, protect our homeland, and secure our southern border. Now is the time for the Congress to show the world that America is committed to ending illegal immigration and putting the ruthless coyotes, cartels, drug dealers, and human traffickers out of business. 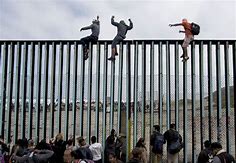 As we speak, large, organized caravans are on the march to the United States. We have just heard that Mexican cities, in order to remove the illegal immigrants from their communities, are getting trucks and buses to bring them up to our country in areas where there is little border protection. I have ordered another 3,750 troops to our southern border to prepare for this tremendous onslaught.

This is a moral issue. The lawless state of our southern border is a threat to the safety, security, and financial well being of all America. We have a moral duty to create an immigration system that protects the lives and jobs of our citizens.

This includes our obligation to the millions of immigrants living here today, who followed the rules and respected our laws. Legal immigrants enrich our Nation and strengthen our society in countless ways. I want people to come into our country in the largest numbers ever, but they have to come in legally.

Tonight, I am asking you to defend our very dangerous southern border out of love and devotion to our fellow citizens and to our country.

No issue better illustrates the divide between America’s working class and America’s political class than illegal immigration. Wealthy politicians and donors push for open borders while living their lives behind walls and gates and guards.

Tolerance for illegal immigration is not compassionate — it is actually very cruel. One in three women is sexually assaulted on the long journey north. Smugglers use migrant children as human pawns to exploit our laws and gain access to our country.

Human traffickers and sex traffickers take advantage of the wide open areas between our ports of entry to smuggle thousands of young girls and women into the United States and to sell them into prostitution and modern-day slavery. Tens of thousands of innocent Americans are killed by lethal drugs that cross our border and flood into our cities — including meth, heroin, cocaine, and fentanyl. 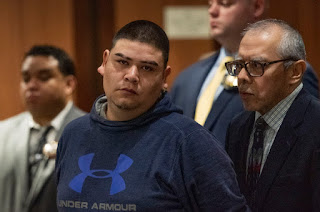 The savage gang, MS-13, now operates in 20 different American states, and they almost all come through our southern border. Just yesterday, an MS-13 gang member was taken into custody for a fatal shooting on a subway platform in New York City. We are removing these gang members by the thousands, but until we secure our border they’re going to keep streaming back in. Year after year, countless Americans are murdered by criminal illegal aliens.

9:43: Trump calls out Democrats who have voted for walls in the past: “In the past, most of the people in this room voted for a wall — but the proper wall never got built. I’ll get it built,” Trump says. “This is a smart, strategic, see-through steel barrier — not just a simple concrete wall. It will be deployed in the areas identified by border agents as having the greatest need, and as these agents will tell you, where walls go up, illegal crossings go way, way down.”

10:19: Trump on confronting the poison of anti-Semitism: We will not avert our eyes from a regime that chants death to America and threatens genocide against the Jewish people. We must never ignore the vile poison of anti-Semitism, or those who spread its venomous creed. With one voice, we must confront this hatred anywhere and everywhere it occurs.

Just months ago, 11 Jewish-Americans were viciously murdered in an anti-semitic attack on the Tree of Life Synagogue in Pittsburgh. SWAT Officer Timothy Matson raced into the gunfire and was shot seven times chasing down the killer.

10:12: Trump, on endless Middle East wars: “As a candidate for President, I loudly pledged a new approach. Great nations do not fight endless wars.” Trump says “it is time to give our brave warriors in Syria a warm welcome home” and adds that his has “also accelerated our negotiations to reach a political settlement in Afghanistan.”

10:10: Trump on Venezuela and the “new calls to adopt socialism” in America: We stand with the Venezuelan people in their noble quest for freedom — and we condemn the brutality of the Maduro regime, whose socialist policies have turned that nation from being the wealthiest in South America into a state of abject poverty and despair.

Here, in the United States, we are alarmed by new calls to adopt socialism in our country.  America was founded on liberty and independence –- not government coercion, domination, and control.  We are born free, and we will stay free.  Tonight, we renew our resolve that America will never be a socialist country. (Republicans chant “USA! USA! USA!”)

10:03: Trump asking Congress to protect unborn children: There could be no greater contrast to the beautiful image of a mother holding her infant child than the chilling displays our Nation saw in recent days.  Lawmakers in New York cheered with delight upon the passage of legislation that would allow a baby to be ripped from the mother’s womb moments before birth.

These are living, feeling, beautiful babies who will never get the chance to share their love and dreams with the world.  And then, we had the case of the Governor of Virginia where he basically stated he would execute a baby after birth. To defend the dignity of every person, I am asking the Congress to pass legislation to prohibit the late-term abortion of children who can feel pain in the mother’s womb.

Trump powerfully says: “Let us work together to build a culture that cherishes innocent life.  And let us reaffirm a fundamental truth:  all children — born and unborn — are made in the holy image of God.” 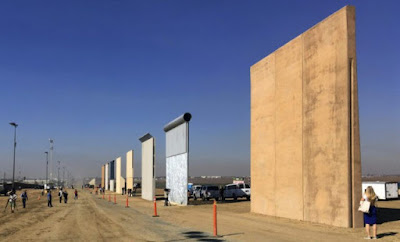