(Staff article from The BREITBART NEWS on 27 February 2019.) 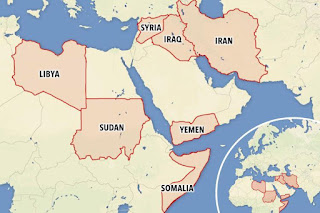 Travel Ban Ends Nearly All Immigration from Terrorist-Sanctioned Countries: President Donald Trump’s travel ban executive order is proving to be one of his most effective pro-American immigration policy initiatives, stopping nearly all legal immigration from countries designated as sponsors of terrorism.

Newly released data from the State Department reveals that Trump’s constitutional travel ban on eight foreign countries, designated as either dangerous or sponsors of terrorism, has warranted big results.

The travel ban, State Department data finds, has reduced legal immigration from the eight foreign countries by about 80 percent, compared to 2016 when the ban had not been implemented yet. Six of the eight countries included in Trump’s travel ban have either sponsored Islamic terrorism in the past or have major issues with terrorism.


The impacted countries include: Chad, Iran, Iraq, Libya, North Korea, Syria, Venezuela, and Yemen. In total, more than 37,000 visas were denied in 2018 thanks to the travel ban — including about 15,400 foreign nationals seeking to permanently resettle in the U.S. and 21,645 foreign nationals wanting non-immigrant visas.

Between October 2017 and September 2018 — known as Fiscal Year 2018 — only about 14,600 foreign nationals from Iran, Libya, Syria, Somalia, and Yemen were allowed entry into the U.S. This represents an 80 percent drop in immigration from these five countries, compared to Fiscal Year 2016 when the Obama administration admitted about 72,000 of these nationals in the country.

The constitutional travel ban has quickly become one of Trump’s most popular and effective immigration reforms, with experts previously hinting that the administration should consider expanding the list of countries included in the ban to cut overall legal immigration levels and boost the job prospects and wages of America’s working and middle class.

The latest polling from Harvard/Harris found sweeping nationwide support for the travel ban. Nearly half of American men support the travel ban, while four-in-ten female voters support the ban, along with a majority of white Americans, Republican voters, conservatives, and Trump supporters.

Trump’s travel ban is so popular and mainstream among Trump supporters and conservatives that more than seven-in-ten support the near immigration moratorium on the eight foreign countries.

In the last three years of the Obama administration, the U.S. imported more than 131,000 foreign nationals from Chad, Iran, Iraq, Libya, Syria, and Yemen. Should the Trump administration’s travel ban continue to admit about 14,000 nationals per year from the designated travel ban countries, it would represent a more than 67 percent decrease in all immigration from these nations over the next two years.

Every year, more than 1.5 million illegal and legal immigrants are admitted to the U.S., with the current foreign-born population booming to an unprecedented high of roughly 44.5 million residents. As Breitbart News exposed, since the September 11, 2001, terrorist attacks, there have been at least 580 individuals convicted of terrorism, with 380 of those individuals being foreign-born. 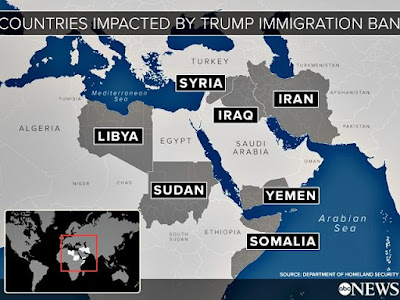 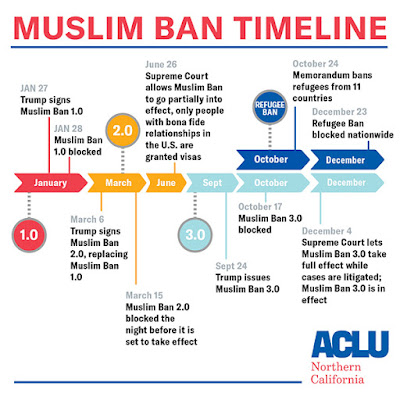