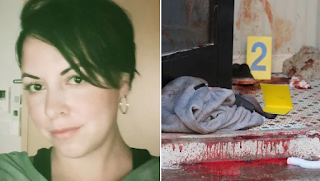 New York’s blessing on infanticide: There were two victims in the horrific attack earlier this month on Jennifer Irigoyen in New York City. But the state’s law recognizes only one of them.

Anthony Hobson allegedly dragged his former girlfriend into the stairwell of her Queens apartment building and stabbed her in the stomach, neck and torso. Irigoyen was in the second trimester of her pregnancy. Neither she nor her unborn child survived.

Queens District Attorney Richard Brown initially announced that Hobson would be charged with second-degree murder as well as second-degree abortion, reasonably enough, considering that he stands accused of killing both Irigoyen and her child. But then, the DA’s office dropped the abortion charge in light of the state’s radical new pro-abortion law.


The law aims to bless any abortion under any circumstance, and with a grim consistency it doesn’t allow the state specially to punish even violent, murderous attacks against the unborn.

The New York State Catholic Conference warned of exactly this prior to the law’s enactment. “Moving abortion from the penal law to the public-health law,” the bishops warned, “is a major policy shift that removes accountability for those who would harm unborn children outside the context of medical termination of pregnancy.” No one cared.

New York is wildly out of the mainstream on this question. ­According to the National Conference of State Legislatures, as of mid-2018, at least 38 states had ­fetal-homicide laws, and 29 of them had laws that applied beginning from conception. There is also a federal law. 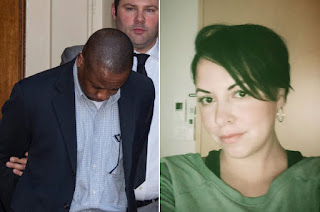 It doesn’t take much moral ­insight to realize that stabbing to death an unborn child is a profound wrong that deserves to be treated as a crime. But America’s abortion advocates specialize in moral obtuseness. They are opposed to recognition of personhood of any sort for the unborn child, worried that such a concession might undermine the premises of our sweepingly latitudinarian abortion regime.

Such protections raise the question: If an assailant can’t kill a fetus, why can anyone else? The pro-abortion advocates argue that there is no practical need for fetal-protection laws. Judges, they say, can increase the penalty against an attacker who kills an unborn child. Yes, but there is no guarantee that any given judge will. The charges for a serious assault against a pregnant mother will be stiff regardless, they say. Perhaps, but why ignore one of the crimes?

We don’t say of a mass murderer, “He will spend a lifetime behind bars for one killing, so why charge him with the others?” Justice demands that the state pursue charges on behalf of all the victims.

It is telling that pro-abortion ­advocates resort to euphemism even in this season of extremism. The New York law is called the Reproductive Health Act, an audacious abuse of language; the law is hostile to reproduction and dismissive of the health of unborn children. Two New York legislators wrote a defense of the law that constantly referred to “abortion care,” as if the addition of “care” softens the reality of what they are supporting.

The wordplay is cute, but the fact is that they deliberately ­denied the most innocent and vulnerable any explicit protection from heinous violence. This isn’t pro-choice. It isn’t humane. And it doesn’t have anything to do with medicine. In New York, pro-abortion advocates have shown us what they really are, and no one should ever forget. (Mother-fucking Murderous Morons!) 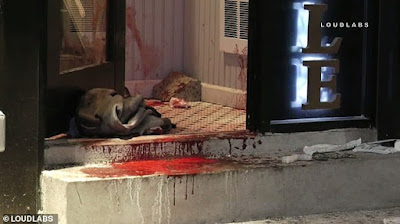 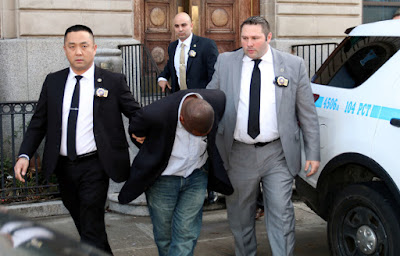 Related posts at following links:
Bishop's Open Letter To Governor Cuomo The NY Abortionist
Posted by Hla Oo at 12:34 AM