(Giulio Meotti’s article from The GATESTONE INSTITUTE on 03 February 2019.)

The Pope's Stubborn Silence on the Persecution of Christians: Unfortunately, Pope Francis's stance on Islam seems to be coming from a fantasy world.

"Authentic Islam and the proper reading of the Koran are opposed to every form of violence", the Pope claimed, not quite accurately (even falsefully). It is as if all of the Pope's efforts have been directed to exonerating Islam from any of its responsibilities.


"Pope Francis could in no way be ignorant of the heavy problems caused by the expansion... at the very heart of the Christian domain... Let us note this again... the last religion that arrived in Europe has an intrinsic impediment to integrating into the European framework that is fundamentally Judeo-Christian..." – Boualem Sansal, Algerian author, in his best-selling book "2084."

Pope Francis now faces the potential risk of a Christian world physically swallowed by the Muslim crescent -- as on the Vatican logo chosen for the Pope's upcoming trip to Morocco. It is time the appeasement is replaced. The persecution of Christians is now an international crisis. Unfortunately, Pope Francis's stance on Islam seems to be coming from a fantasy world.

4,305 Christians were killed simply because their Christian faith in 2018. This is the dramatic number contained in the new "World Watch List 2019" just compiled by the non-governmental organization Open Doors. It reveals that in 2018, there were 1,000 more Christian victims -- 25% more -- than the year before, when there were 3,066.

These days, 245 million Christians in the world are apparently persecuted simply for their faith. Last November, The organization Aid to the Church in Need released its "Religious Freedom Report" for 2018 and reached the similar conclusion: 300 million Christians were subjected to violence. Christianity, despite stiff competition, has been called "the most persecuted religion in the world".

In March 2019, Pope Francis will travel to Morocco, a country also listed in the Open Doors' watch list. Unfortunately, Pope Francis's stance on Islam seems to be coming from a fantasy world. The persecution of Christians is now an international crisis. Consider what happened to Christians in the Muslim world during just the last couple of months.

A policeman was killed trying to defuse a bomb outside a Coptic church in Egypt. Before that, seven Christians were murdered by religious extremists during a pilgrimage. Then a mass grave was discovered in Libya containing the remains of 34 Ethiopian Christians killed by jihadists affiliated with the Islamic State. The Iranian regime, in severe new crackdowns, arrested more than 109 Christians.

The Pakistani Christian Asia Bibi, three months after being exonerated for "blasphemy"and released from death row, still lives as a "prisoner": her former neighbors still want to put her to death. In Mosul, which was Iraq's center for Christians, there was a "Christmas without Christians", and in Iraq in general, 80% of the Christians have disappeared.

Cardinal Louis Raphael Sako, Patriarch of Babylon of the Chaldeans and head of the Chaldean Catholic Church, recently provided some numbers for the persecution of Christians in Iraq: "61 churches have been bombed, 1,224 Christians were killed, 23.000 houses and real estate of the Christians have been seized". 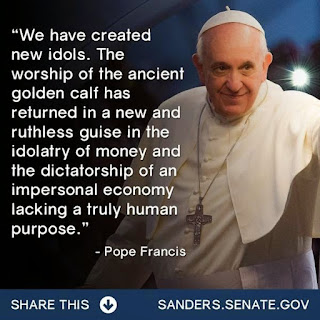 The patriarch reminded the world of the policy of the Islamic State, which gave "three options to Christians": conversion to Islam, payment of a special tax or the forced and immediate abandonment of their land. "Otherwise they would have been killed." In this way, 120,000 Christians were expelled.

"The stubborn silence of European leaders on the question of religions, Islam in particular, astonishes and disappoints", wrote the Algerian novelist Boualem Sansal recently. "Their attitude is simply irresponsible, suicidal, and even criminal...in the current context marked by a dizzying expansion... It's like living at the foot of an angry volcano and not understanding that it is preparing to erupt".

Sansal, who has been threatened with death by Islamists in France, as in Algeria, wrote "2084", a best-seller. In it, he writes that Pope Francis's stance on the Muslim world is similar to that of the Western leaders:

"Pope Francis could in no way be ignorant of the heavy problems caused by the expansion of radical Islam in the world and at the very heart of the Christian domain... Let us note this again... the last religion that arrived in Europe, has an intrinsic impediment to integrating into the European fundamentally Judeo-Christian framework, even if this referent, over the past centuries, has eroded."

Pope Francis did manage to explain that the "idea of conquest" is integral to Islam as a religion, but quickly added that one might interpret Christianity the same way. "Authentic Islam and the proper reading of the Koran are opposed to every form of violence", the Pope claimed, not quite accurately.

He also not quite accurately remarked that "Islam is a religion of peace, one which is compatible with respect for human rights and peaceful coexistence." It is as if all of the Pope's efforts have been directed to exonerating Islam from any of its responsibilities.

The dramatic persecution of Christians in the Islamic world highlights a Western paradox: "Since their victory in the Second World War, Westerners have brought great benefits to all of humanity", wrote Renaud Girard in Le Figaro.

"Scientifically, they shared their great inventions, such as penicillin or the Internet. Human rights and democracy are far from being applied everywhere in the world, but they are the only reference for governance that exists internationally. It is undeniable that, under the impulse of Westerners, vast political, technical, health and social successes have been achieved in two generations. But there is one area where the planet has undeniably regressed since 1945 and where Western responsibility is obvious. It is the freedom of conscience and religion... By refraining from defending Christians in the East, the West made a twofold strategic error: it gave a signal of weakness by abandoning its ideological friends; it has renounced its creed".

"In the eyes of Western governments and the media", noted another report on persecution of Christians compiled by Aid to the Church in Need. "religious freedom is slipping down the human rights priority rankings, being eclipsed by issues of gender, sexuality and race".

"Political correctness does not want to know anything about the ongoing persecution and suppression of Christianity and so it is being ignored in an almost sinister way", Bishop Manfred Scheuer of Linz, in Upper Austria, recently said. 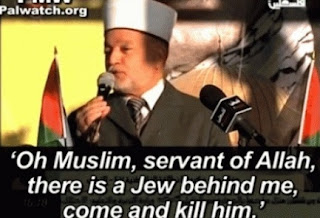 This eclipse is even more dramatic, as everybody knows that Christianity is at the risk of "extinction" in the Middle East, noted the Archbishop of Canterbury Justin Welby:

"Hundreds of thousands have been forced from their homes. Many have been killed, enslaved and persecuted or forcibly converted. Even those who remain ask the question, 'Why stay?' The Christian population of Iraq, for instance, is less than half what it was in 2003 and their churches, houses and businesses have been damaged or destroyed. The Syrian Christian population has halved since 2010. As a result, across the region Christian communities that were the foundation of the universal Church now face the threat of imminent extinction."

The West has betrayed its Christians friends in the East. The West might well ask: What are the Vatican and the Pope doing to fight this new religious persecution? Criticism has already come from the Catholic world. "Just as he has little anxiety about the wave of church closings, Francis seems to have little anxiety about the Islamization of Europe", wrote the US Catholic columnist William Kilpatrick.

"Indeed, as evidenced by his encouragement of mass migration, he seems to have no objection to Islamization. Either because he truly believes the false narrative that Islam is a religion of peace, or because he believes that the self-fulfilling prophecy strategy will create a more moderate Islam, Francis seems to be at peace with the fact that Islam is spreading rapidly. Whether Francis has been misinformed about Islam or whether he has adopted a strategy of misinformation, he is taking a huge gamble—not only with his own life, but with the lives of millions".

There are now entire areas in Syria cleansed of their historical Christians. Pope Francis recently received a letter from a Franciscan priest in Syria, Father Hanna Jallouf, the Patriarch of Knayeh, a village close to Idlib, the stronghold of anti-Assad Islamist rebels. "Christians in this land are like lambs among the wolves", Jallouf wrote.

"The fundamentalists have devastated our cemeteries, they have prevented us from celebrating liturgies outside the church, stripping us of the external signs of our faith: crosses, bells, statues as well as our religious habit."

If the Pope does not want to receive more letters like that, he will need show courage and tackle one of the most urgent persecutions of our time. Pope Benedict XVI, in his address at Regensburg, said what no Pope had ever dared to say before -- that there is a specific link between violence and Islam.

To illustrate his case, Benedict cited a 14th-century dialogue between a Byzantine Christian emperor, Manuel II Paleologus, and a Persian scholar, about the concept of violence in Islam: "Show me just what Muhammad brought that was new, and there you will find things.. .such as his command to spread by the sword the faith he preached", Benedict quoted the emperor as saying to his Muslim interlocutor. 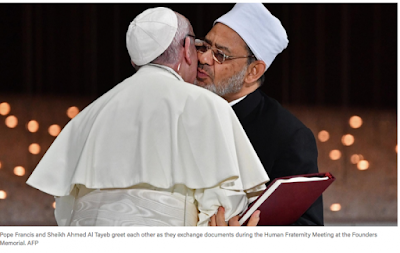 Another Pope, John Paul II, also expressed concerns. During a meeting in 1992, Mgr Mauro Longhi, who, while still a student, often accompanied the late Pope on hiking trips says, John Paul II told of an "Islamist invasion" of Europe.


"The Pope told me: 'Tell this to those whom you will meet in the Church of the third millennium. I see the Church afflicted by a mortal wound. More profound, more painful than those of this millennium,' referring to Communism and Nazi totalitarianism. 'It is called Islamism. They will invade Europe. I have seen the hordes come from the West to the East,' and then told to me each country one by one: from Morocco to Libya to Egypt, and so on till the East.

"The Holy Father added: 'They will invade Europe, Europe will be like a basement, old relics, shadows, cobwebs. Family heirlooms. You, the Church of the third millennium, must contain the invasion. Not with armies, armies will not be enough, but with your faith, lived with integrity."

John Paul II's vision resembles a continuation of Islam's historic campaign in the Christian lands: "In 637, the Islamic army seized Jerusalem, twice holy, then the heart of the entire Middle East, the historic center of Christianity", wrote the Algerian novelist Boualem Sansal. He went on to describe "the irresistible progression of Islam to the West: the Judeo-Christian North Africa, which immediately converted; Catholic Spain, which was annexed at the beginning of the VIII century; Byzantium, which they took in 1453; [then] to Vienna, which they besieged in 1529...".

Pope Francis now faces the potential risk of a Christian world physically swallowed by the Muslim crescent -- as on the Vatican logo chosen for the Pope's upcoming trip to Morocco. It is time the appeasement is replaced.

(Giulio Meotti, Cultural Editor for Il Foglio, is an Italian journalist and author.)