Nur Islam jailed for setting fire to Springvale Commonwealth Bank, burning people inside: A (Rohingya Muslim) man who set fire to a bank in suburban Melbourne — seriously injuring four people inside — has been sentenced to 11 years in prison.

Nur Islam set the bank on fire after experiencing problems with his bank card. There were 39 people inside, including an eight-year-old who thought she was going to die. Islam will be eligible for parole after seven years. Nur Islam pleaded guilty to a total of 16 charges, including arson and recklessly causing serious injury.

Security camera footage from the time shows Islam tossing petrol around the entrance of the Commonwealth Bank in Springvale, in Melbourne's south-east, on November 18, 2016. He then set the petrol alight with a cigarette lighter. Judge Howard Mason noted Islam's offending had been captured on numerous cameras up and down Springvale Road.

"[It] constitutes dramatic and sickening viewing," he said. Islam's actions caused "panic, confusion and danger" inside the bank, Judge Mason said. "There appears to be no rational explanation for your bizarre and callous actions." The 24-year-old, from Myanmar, must serve a minimum of seven years in jail before becoming eligible for parole. 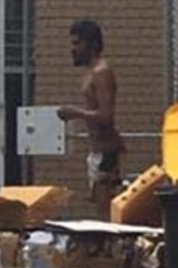 "You ignited the petrol and immediately it burst into a ball of flames," Judge Mason said. Islam suffered burns to 60 per cent of his body in the fire and spent four and a half months in hospital. The court heard there were 39 people in the bank at the time, and some ran through the flames to escape through the front entrance. Others tried to leave by a back security door, which was locked. Judge Mason said many were trapped.

"Darkness enveloped them, there was smoke in their eyes," he said. Judge Mason said an eight-year-old girl thought she was going to die. Twelve victim impact statements were considered by the court. One victim, now with burn scars, had trouble looking in the mirror because they felt they were "seeing a freak", the court heard. Others experienced panic attacks, had suicidal thoughts and experienced hyper-vigilance.

Judge Mason said his sentencing took into account the "sustained psychological injury of such a terrifying experience". "You couldn't think why you did it, but you were angry at the time," the judge said, referring to an interview Islam did with police in February 2017. "You told them you were not normal at the time of the incident."

The crimes took just six minutes. "The video from the bank is a clear representation of the horror you created," Judge Mason said. "You appeared calm and detached." The court heard he had used the drug ice the night before he lit the fire.

His housemates had observed his behaviour change in the months before and said they had difficulty communicating with him, describing him as erratic and withdrawn. They thought he could have had mental health problems. "That included talking to yourself, thinking insects and snakes came out of your mouth and that you had trapped two ghosts and intended to eat them," Judge Mason said.

The court heard the crime was sparked by Islam's frustration at how long it took to get money from his account that morning, despite being attended to by three bank staff who tried to help him by resetting his card, assisting him with an ATM withdrawal which failed, and then assisting him via a manual withdrawal. Islam withdrew all the money in his account at the time — a total of $442.

After that, the court heard, he left the bank and wandered around the streets before he grabbed a plastic container and went to a petrol station. He bought 11 litres of petrol and would have bought more if the petrol station attendant had not shut off the bowser because he was using an inappropriate container.

The court heard Islam fled his home country Myanmar twice, spending time in Malaysia, Thailand and Indonesia before finally coming to Australia via Christmas Island in April 2013. He was seeking asylum because of his ethnicity and religion, being a Muslim in predominantly Buddhist Myanmar. 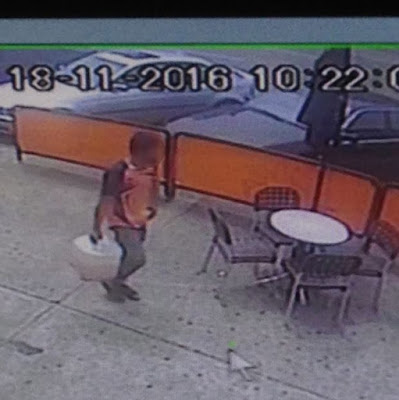 Related posts at following links:
Rohingya Terrorist Blew Up A Bank In Melbourne