America Will Never Be a Socialist Country. But Is It? 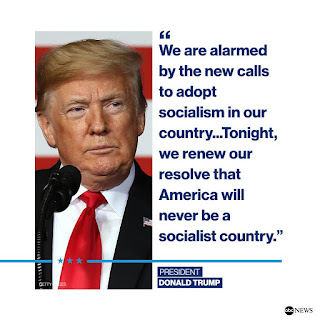 Trump: America Will Never Be a Socialist Country…But Is It? Among his ardent supporters, President Donald Trump’s recent State of the Union speech has been hailed as a masterpiece. Particularly praised by pundits is his dramatic declaration that the United States will never be a socialist country.

This remark was a pointed rebuke of his political opponents, including Senator Bernie Sanders, to whom the television cameras immediately panned. Some are suggesting that this sound byte might be remembered historically
.

I can’t predict if this quote will become a piece of history, but I can assure you this statement is not true, although I wish it were. I say this because America is already a socialist country. It didn’t start out that way. As the President noted, “We were born free…” but disturbingly, the America of today is thoroughly saturated in socialism.


In creating the Communist Manifesto, Karl Marx, a German philosopher and atheist, designed ten planks AS A TEST to determine whether a society has become communist or not. If they are all in effect and in force, then the people ARE practicing communists.

Consider that most of the audience that applauded the president’s remark is an audience that has accepted, embraced and voted to fund seven of those ten planks:

We can see with clear sight that virtually every plank of Karl Marx’ communist manifesto has been fully implemented in this country. Remember, communism by any other name is still communism. Communism offers no safety or asylum for the American view of individual God-given rights.

Adams later stated: “Without religion, this world would be something not fit to be mentioned in polite company: I mean hell.” Tragically, I fear that Bernie Sanders wasn’t scowling because his socialist ideas are under attack. He may have been smiling because he knows that they have already been adopted.

Nevertheless, the president’s proclamation that the United States will never be a socialist country was effective rhetoric. I just wish it were true. 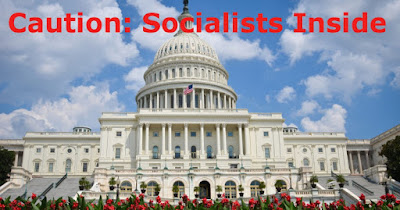 Related posts at following links:
Trump's SOTU: We Are Born Free, We Will Stay Free!
Posted by Hla Oo at 4:06 AM