YANGON: Presidential spokesperson U Ye Htut has accused Britain of interfering in Myanmar's internal affairs after it summoned the Myanmar ambassador in an effort to convince the government to allow humanitarian aid activities to resume in Rakhine State.

"The president has already explained to the secretary-general of the UN [Ban Ki-moon] that the government has taken the necessary measures to ensure the safety and protection of all international organisations [working in Rakhine State]," U Ye Htut said. "So we don't need to say anything more."

U Ye Htut, who is also a deputy minister for information, also took issue with Britain's usage of the term "Rohingya" in a statement issued following the meeting with the ambassador. He said no official documents from the British colonial period had ever referred to Muslims in Rakhine State as Rohingya.


"It's unreasonable for the British to now urge recognition of the term,"  he said. "It appears they are trying to intervene in our internal affairs and we don't accept it."

The UK said this meant that an already "dire" situation had deteriorated further. "[H]undreds of thousands of vulnerable people in Rakhine, mainly from the Rohingya community, are not receiving vital medical and humanitarian aid," the Foreign and Commonwealth Office and Department for International Development said in a statement released after the meeting.

Similar statements had been issued by the United States and Australia in recent weeks, while the United Nations has called on multiple occasions for the government to enable aid operations to resume.

Following a visit to Rakhine by a UN delegation last week, the international body said that 15,000 children in IDP camps no longer have access to psycho-social and that treatment for more than 300 children with severe malnutrition had been suspended due to the government's failure to allow access to individuals in need. Water, food and medical supplies are also running low.


The Ministry of Health had previously said that it would be able to fill the void left by aid organisations. The ministry said on April 5 that MSF would be allowed to resume work in Rakhine at an "opportune time".

(Blogger's Notes: Even after abandoning her former colony Burma for last 60 years the pro-Muslim English Socialists now think they can utterly behave like they still are the colonial masters of Burma. Fuck them Pommies, or soon-to-be-Muslim Pommies!) 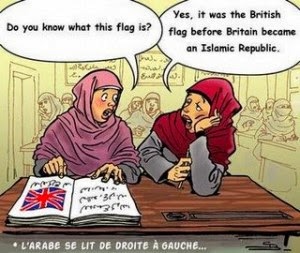