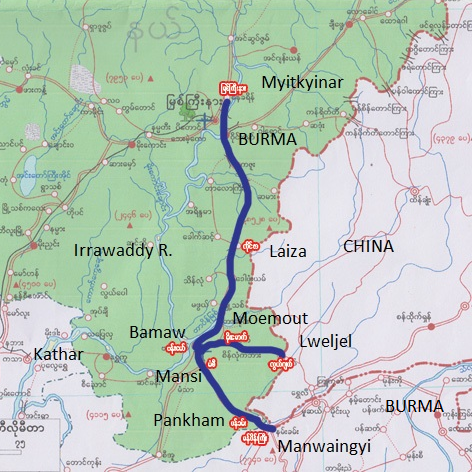 NAYPYIDAW – During a clash on April-5 in Pankhan area inside Mansi Township of Kachin State one army officer and two privates were killed in action while six dead bodies and five assault rifles were captured from KIA.

The border area of Pankhan and Pankhan Village itself once was an official border-trading post through which goods both export to and imports from China were flowing peacefully. As a border-trading post Burma Police, Immigration, and Customs personnel were stationed there to manage the flow of trading good and travellers crossing the China-Burma border.

But in June 2011 KIA insurgents had repeatedly attacked Pankhan and the result was the worsening security situation for government’s activities there. Accordingly Burma Police withdrew from Pankhan on 11 June 2011 and Burma Customs, Immigration, and Border Trade did the same on 5 August 2011.

In late 2011 Burma President Then Sein had unilaterally declared a cease-fire and issued a no-offense directive to the army which by following their president order had stopped engaging the hostile KIA forces.

By taking advantage of Burma Army’s unilateral cease-fire KIA's Kachin insurgents then permanently moved into the Pankhan area which is traditionally a predominantly Shan-Buddhist area.

Kyar-gaung Hill Buddhist monastery and pagoda in Pankhan is a sacred ground for all Buddhist Shans from the nearby Shan villages namely Nar-lone, Naung-swan, Naung-Mon, Man-ei-tuu, Maing-ai-tait, and Lwe-lone villages. But in late 2011 KIA’s Christian thugs occupied the Kyar-gaung Hill and built a fortified base there on the Buddhist sacred ground.

Despite that hostile action by KIA insurgents Burma Army didn’t engage them as to maintain the peace as per President’s unilateral cease-fire directive. And KIA also signed a Chines-sponsored cease-fire agreement in early 2013 just to avoid Burma army’s frontal attack on their Laiza HQ on Chinese border.

But KIA do not respect that cease-fire agreement and ambushed a Burma army security detail escorting Census collectors on April-4 and killed an army major on the strategic road between Man-wain-gyi and Kaung-hmu-yan.

To maintain the security on that particular road Burmese army has no other choice but clear the KIA insurgents off Pankhan area with overwhelming force. During the clashes in retaking Pankhan army lost one officer and two privates. One officer and four privates were also wounded while KIA had left the bodies of at least 60 dead insurgents at various sites of engagement in Pankhan area alone.

Also the KIA’s large factory at U-lan-par Base producing remote-control IEDs (Improvised Explosive Devices) and other weapons was destroyed by the army units from Light Infantry Division LID-88.

Army troops also managed to rescue many Shan men, women, boys, and girls conscripted forcefully against their wills by KIA insurgents and kept in chain at their U-lan-par Base. 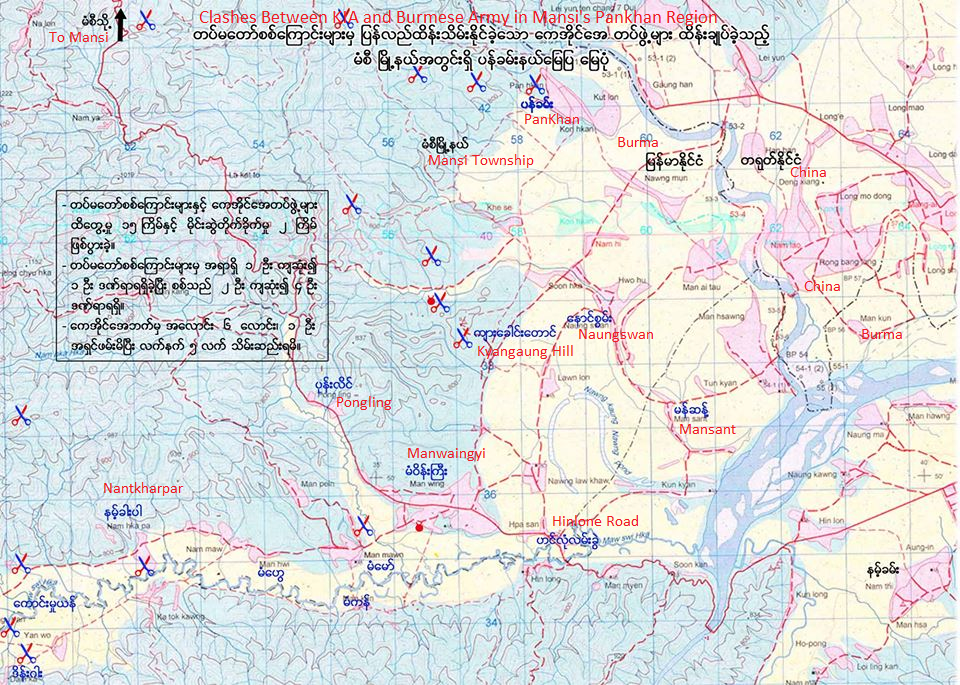 
Burma’s Ministry of Defence later issued a public statement that despite various clashes its troops did not enter civilian villages and internationally-recognised refugee camps in the areas of violent clashes with KIA insurgents to avoid civilian casualties and displacement. 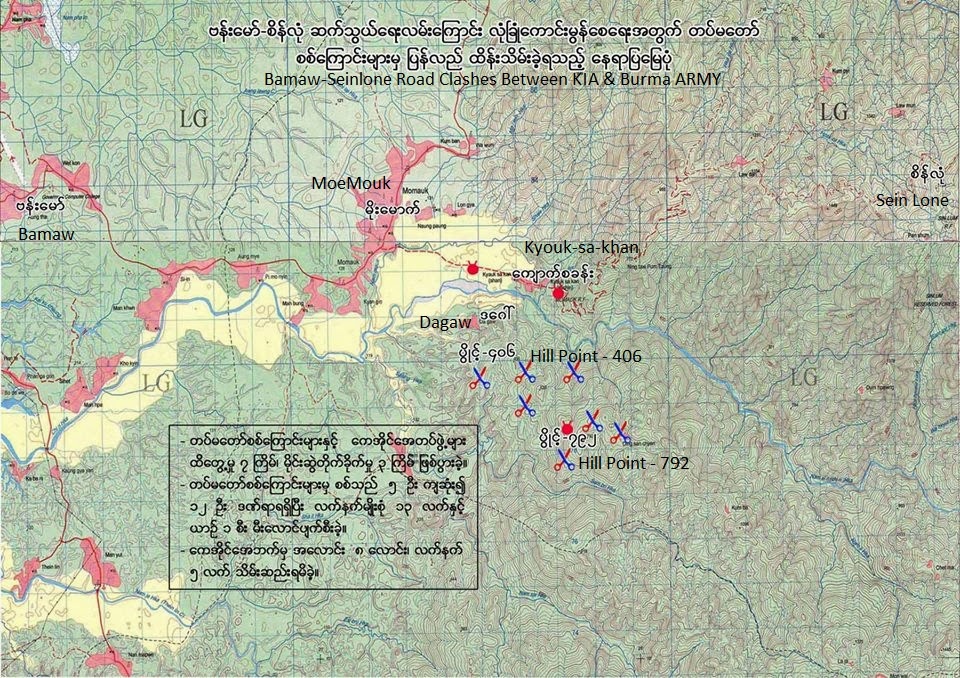