(Translated news articles from the MYAWADDY & Myanmar Navy on March 24, 2014.) 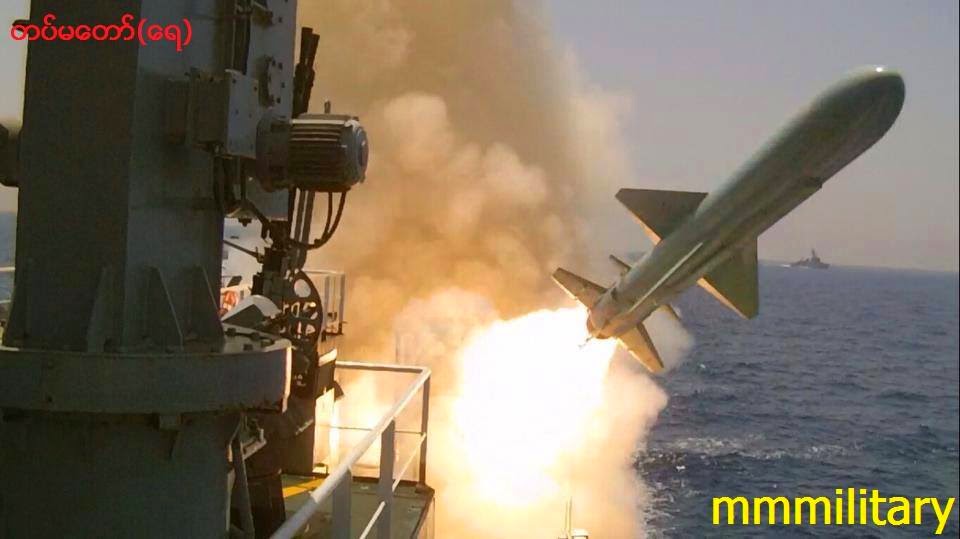 On the early morning of March-23 Burma Navy staged their very first combined fleet exercise on the blue-water-sea off Burma’s Coco Islands in Burma’s territorial waters of the Indian Ocean. The fleet operation code-named Sea Shield-2014 was participated by all the frigates and light-frigates of Burma Navy.

The fleet exercise was attended by Defense Chief SG Min Aung Hlaing and other senior military officers from Burma armed forces. The rectangular sea area bounded by following four coordinate points was declared on March-18 the prohibited area from March-19 to March-27 for the war-game Sea Shield-2014.

One of the most significant milestones of Burma Navy’s first ever fleet exercise was the successful combat firing of Chinese-made C-801 and C-802 Surface-to-surface ship-destroyer missiles.

According to one junior naval officer they were being trained for more than 17 years since 1996 to handle C-801 missiles and now they have successfully fired more than four such missiles at a moving ship in a combat-simulated OTH (Over-The-Horizon) frigate attacks.

Burmese military has been rapidly developing its formerly coastal and inland-water navy into a blue-water navy by sinking more than 100 billion US$ last 20 years. Now Burma has large frigates both Chinese-made and locally-made, light frigates locally-made, stealth corvettes, and countless guided-missile FACs (Fast-attack-crafts).

In the early morning of March-23 more than 20 naval vessels including the supply and logistic vessels assembled at the designated area on Indian Ocean off Coco Island. Firstly the Exercise-commander Brigadier-general Moe Aung (BN) and the captains of all participating warships gathered on UMS Aungzeya the flagship frigate F11.

After reporting the deatail plan of fleet exercise to SG Min Aung Hlaig and senior naval official they then returned to their respected warships to begin the Wargame Seashield-2014 in earnest.

The fleet exercise included the fleet preparation in Single Line Formation and Cruise Formation, approaching in Diamond Formation towards the enemy fleet, attacking in battle formations such as Circular Formation and Formation Arrowhead, and the regrouping of the fleet in Line Abreast Formation.

As the second stage the fleet practiced naval defence operations involving Electronic Warfare, Air-attack Defence Operations, and Anti-submarine Warfare. As the last stage a mock-up enemy ship travelling high speed at beyond the horizon was completely destroyed in the OTH live-firings of at least four C-801A and C-802A ship-destroyer guided missiles from the guided-missile frigates except Aungzeya which was armed with newly-acquired Kh-35E guided missiles.


At the end of the naval exercise the fleet regathered near Coco Islands and then sailed past SG Min Aung Hlaing on Burma Navy’s Flagship Aungzeya frigate as a fleet review. 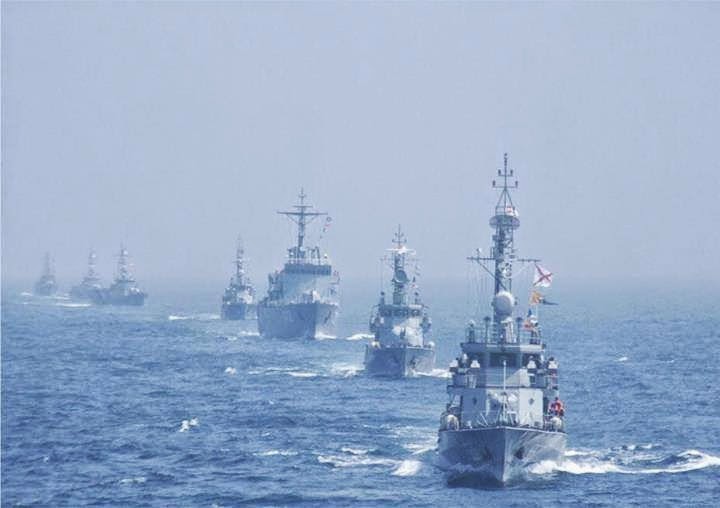 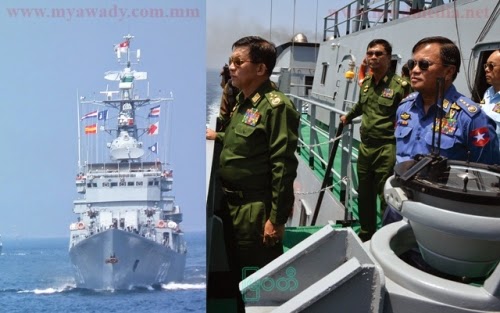 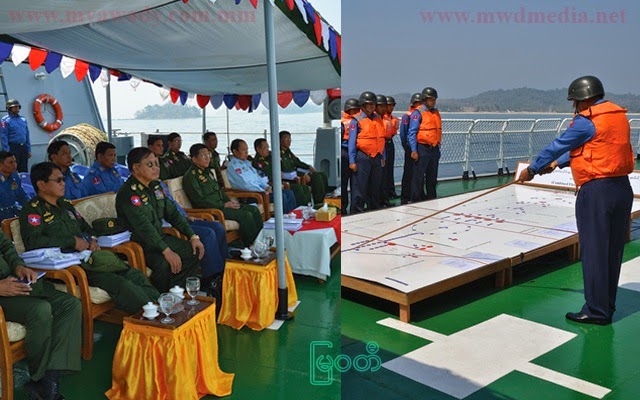 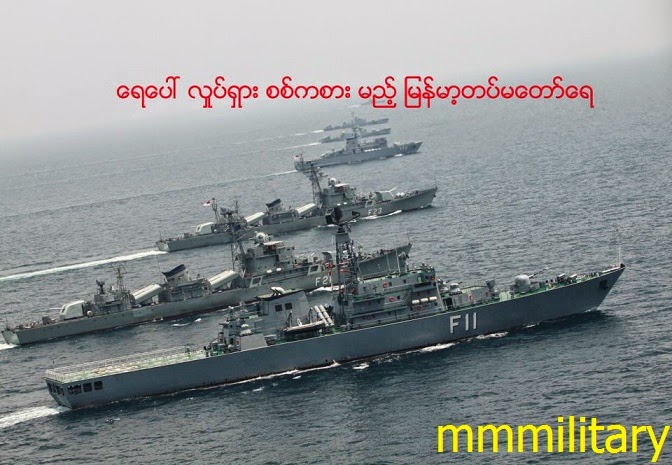