Fighting Islamism – A Defining Challenge Of Our Time 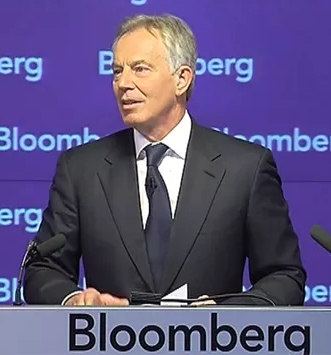 He argued "there are four reasons why the Middle East remains of central importance and cannot be relegated to the second order."

The first three: oil, proximity to Europe and Israel, whilst important, were not the focus of the speech. Blair rapidly moved on to the fourth and most important reason: Islamic extremism also known as Islamism.

He identifies the conflict in the Middle East as one between an open and tolerant viewpoint and a fundamentalist Islamist ideology. He said "wherever you look – from Iraq to Libya to Egypt to Yemen to Lebanon to Syria and then further afield to Iran, Pakistan and Afghanistan – this is the essential battle."


Addressing those who regard these conflicts as distinct he said "there is something frankly odd about the reluctance to accept what is so utterly plain: that they have in common a struggle around the issue of the rightful place of religion, and in particular Islam, in politics."

It is this central point that he hammered home again and again over the course of his 40 minute speech.
He argued that this struggle does not end at the borders of the region. Rather, "The reason this matters so much is that this ideology is exported around the world."

He asked listeners to "Take a step back and analyze the world today: with the possible exception of Latin America (leaving aside Hezbollah in the tri-border area in South America), there is not a region of the world not adversely affected by Islamism and the ideology is growing."

He notes that "The Muslim population in Europe is now over 40m and growing. The Muslim Brotherhood and other organizations are increasingly active and they operate without much investigation or constraint. Recent controversy over schools in Birmingham (and similar allegations in France) show heightened levels of concern about Islamist penetration of our own societies." 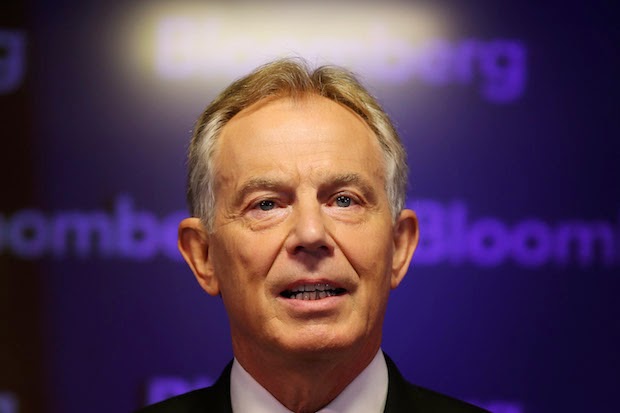 The main thrust of the speech focused on "two fascinating things."

"The first is the absolutely rooted desire on the part of Western commentators to analyze these issues as disparate rather than united by common elements. They go to extraordinary lengths to say why, in every individual case, there are multiple reasons for understanding that this is not really about Islam, it is not really about religion; there are local or historic reasons which explain what is happening. There is a wish to eliminate the obvious common factor in a way that is almost wilful."

Predictably, opponents took the opportunity to argue exactly that. For example, the Guardian's summary quoted a Saudi Daily paper which blamed Israel. Commentator Mehdi Hassan blamed Tony Blair himself for the problem, because of the Iraq war.

Blair went on to argue "The second thing is that there is a deep desire to separate the political ideology represented by groups such as the Muslim Brotherhood from the actions of extremists including acts of terrorism."

He acknowledged the motivation behind these fears, saying "We feel almost that if we identify it in these terms, we’re being anti-Muslim, a sentiment on which the Islamists cleverly play."

Blair swept these distinctions aside, acknowledging the laudable motives behind such interpretations, but ultimately pinpointing the profound danger posed by the Islamist ideology, and that it is fundamentally incompatible with the modern world.

He urged the West and indeed the entire world, to unite against the ideology Islamic extremism.

Former Foreign Office Minister Denis MacShane compared the speech to Churchill's 1946 Iron Curtain address. Douglas Murray argued in the Spectator that Blair went too far in his efforts to brand Islamism as disconnected from Islam and called on moderate Muslims to help combat radicalism by driving extremists from their communities.

In particular he focused on Egypt saying "on the fate of Egypt hangs the future of the region. Here we have to understand plainly what happened. The Muslim Brotherhood government was not simply a bad government. It was systematically taking over the traditions and institutions of the country. The revolt of 30 June 2013 was not an ordinary protest. It was the absolutely necessary rescue of a nation."

All of these different policies are facets of the same policy: that "across the region we should be standing steadfast by our friends and allies as they try to change their own countries in the direction of reform. Whether in Jordan or the Gulf where they’re promoting the values of religious tolerance and open, rule based economies, or taking on the forces of reaction in the shape of Iran and the Muslim Brotherhood, we should be supporting and assisting them."


Perhaps this statement by Blair sums up the message of his keynote speech best: "When we consider the defining challenges of our time, surely this one should be up there along with the challenge of the environment or economic instability."