US Muslim Woman Cut Clit off Her 10-Month-Old Baby

(News article direct from the LEDGER-ENQUIRER on 11 March 2010.) 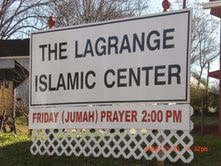 LAGRANGE, Ga. A LaGrange woman has been arrested and accused of female genital mutilation and cruelty to children in the second degree.

The 35-year-old woman was arrested Wednesday after relatives caring for her 10-month-old daughter realized the baby girl appeared to have been circumcised, said Sgt. Chad Mann of the Troup County Sheriff's Office.

The 10 month old was in the care of her father when another family member made the discovery. The baby girl was then taken to Children’s Healthcare of Atlanta where she was examined by a doctor who determined some form of surgery to remove the infant’s clitoris had taken place.


Mann said the sheriff's office was alerted to the situation after a referral from Troup County Division of Family and Children Services."It's kind of unusual we don't see it too often at all," he said.

The woman is currently in jail, Mann said, and the baby is in the care of her father. He also said because the investigation is ongoing he could not release any more additional information. "I can't speculate as to how it happened," he said, adding "the baby was in perfect health otherwise."

In La Grange, Georgia, a 35-year old mother has been arrested and is being held on charges of female genital mutilation.

"Troup County sheriff’s officials said the 35-year-old woman was charged with the act along with third-degree cruelty to children following the alleged surgical removal of the infant’s clitoris" according to a report in the LaGrange Daily News. 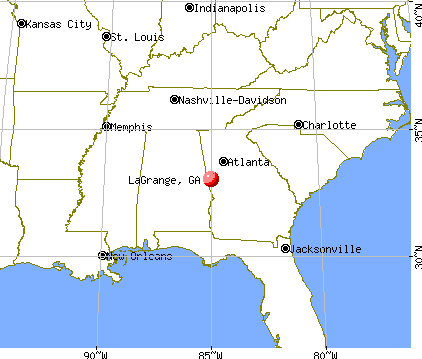 The child was born in April, 2009. The removal of her clitoris is believed to have taken place on or about September, 2009. The incident was reported to police Feb. 11, 2010.

The Department of Family and Children Services was notified and contacted the Troup County Sheriff's office on Feb. 24, 2010. The mother was arrested on Wednesday, March 10, 2010. Her bond hearing was held on Friday, March, 12, 2010.

In Georgia state legislatures pasted an anti-mutilation law that banned female circumcision in 1995. Since then the state has diligently pursued incidents of this first nature and it is believed that the first instance of a prosecution on this charge in the United States occurred in Atlanta in 2006.

In that case an Ethiopian man, Khalid Adem was sentenced to ten years for circumcising his infant daughter with a pair of scissors. Since then considerable doubt has arisen as to whether Khalid Adem or his estranged wife, Fortunate Adem was responsible.

Blogging on Huffington Post on March 15, 2010, Julia Lalla-Maharajh notes that the problem is global despite the fact that its discussion is regarded as taboo:

Female genital mutilation is one of the least researched, least resourced, least talked about issues that the world faces today. It is a gross abuse of human rights, of child rights, of health rights. Over 140 million women bear the consequences. 3 million girls in Africa alone are cut a year.

This is not just an African problem -- it happens in Indonesia, Malaysia, Yemen, UAE, Kurdistan and of course, as we now know, in the US, Australia, and across the EU. This is a global problem and it is our problem.


DJ has previously reported on the global nature of this problem and its persistence throughout the world.