(Partly based on news article from the Myanmar Defence Weapons on April 1, 2014.)

Formerly known as Rostov-on-Don one of the latest KILO-class diesel-electric attack submarines from Russian Navy is on her way to Burma from St. Petersburg as goodwill present from Russia to Burma.

The Russian submarine will become very first submarine for Burma Navy a formerly coastal and inland-water navy now working so hard to become a blue-water navy. The gift was part of the exchange agreement signed in mid 2013 between Russia and Burma on the 65th anniversary of the establishment of diplomatic relation between two former Socialist countries.


According to Burma Navy’s sources Burma had signed in 2013 a US$ two billion arms-purchase contract that includes the delivery of a second-hand KILO-class (Project 877) sub named B-394 Komsomolsk Tadjikistana and submarine accessories from Russia. B-394 is an old project 877 KILO-class sub and now she is docking in Saint Petersburg and being refitted with modern systems and weaponry.
Deadly KILO-class Russian Diesel-Electric Submarines

Russia has produced Varshavyanka-class (Project 636) subs designated by NATO as KILO-class subs which also includes older Project 877 diesel-electric subs which are now being refitted with modern systems and weaponry as export subs.

Project-636 submarines are mainly intended for anti-shipping and anti-submarine missions in relatively shallow waters. Armed with 18 torpedoes and eight surface-to-air missiles, they have an extended combat range and can strike land, surface and underwater targets. 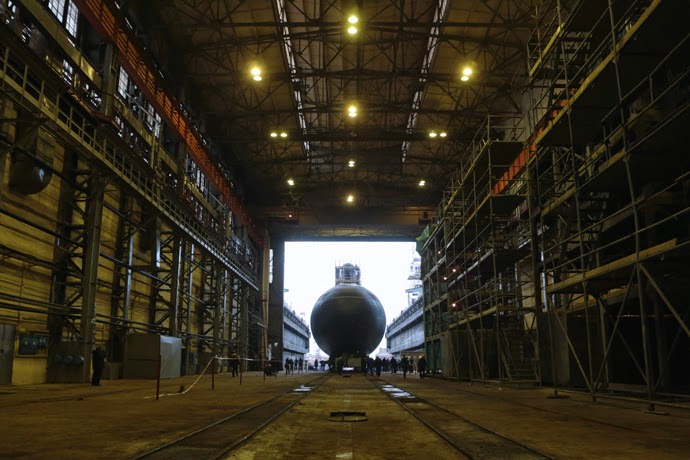 Anechoic tiles are fitted on casings and fins to absorb the sound waves of active sonar, which results in a reduction and distortion of the return signal. These tiles also help attenuate sounds that are emitted from the submarine, thus reducing the range by which the sub may be detected by passive sonar.

And they can reach a speed of 20 knots -- 37 kilometres per hour. With a cruising range of 400 miles on electric propulsion and max submission of 300 meters, the vessels have the ability to patrol for up to 45 days with a crew of 52 people onboard.

In November 2013 Russia launched its new state-of-the-art Novorossiysk submarine -- the first sub of the Project 636 KILO subs -- which set sail from a St Petersburg shipyard to become the first of six diesel-electric stealth subs delivered to the Russian Black Sea fleet in the next two years.

“Our potential opponents call it the ‘Black Hole’ due to the very low noise emission and visibility of the submarine,” Konstantin Tabachny, captain of the Novorossiysk, told Channel One TV. “To be undetectable is the main quality for a submarine. And this whole project really fits its purpose.”

The construction of the Novorossiysk at St Petersburg’s Admiralty Shipyards took over three years, beginning in August 2010. Construction was also started on two other Varshavyanka-class vessels – the Rostov-on-Don sub in November 2011 and the Stary Oskol in August 2012.

The Rostov-on-Don sub now on her way to Burma is the second sub belongs to the Varshavyanka-class (Project 636), which is characterized by advanced stealth technology, making it virtually undetectable when submerged.
(Launching of the first KILO-class Project-636 at St. Petersburg Dockyards.)