(Foreign staff’s article from The TELEGRAPH UK on 07 September 2017.) 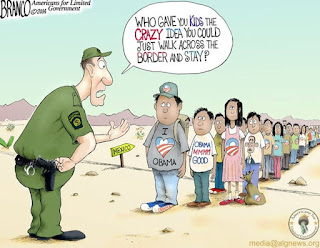 The Trump administration is reportedly poised to announce that it will end protections for young immigrants who were brought into the country illegally as children, but with a six-month delay.

The delay in the formal dismantling of the Deferred Action for Childhood Arrivals, or DACA programme, would be intended to give Congress time to decide whether it wants to address the status of the so-called Dreamers legislation.

It was unclear exactly what would happen if Congress failed to pass a measure by the considered deadline. US Attorney General Jeff Sessions will announce plans for ending the programme at 11 am on Tuesday, the Justice Department said.


What is Daca and who are Dreamers?

DACA is a policy created by former President Barack Obama that protects nearly 800,000 young people, often called "Dreamers," from deportation and allows them to work legally.

Those 800,000 immigrants, who were brought to the US illegally as children, have received renewable, two-year work permits under DACA and are protected from deportation. Recipients have to undergo a background check and certify that they had not been convicted of any serious crimes. Before the policy, the Dreamers were raised as Americans but worked illegally and lived under threat of deportation to home countries they barely knew.

Under the shift Donald Trump is said to be considering, any Dreamer with a valid work permit would be able to remain in the United States until the permit expires, in the absence of congressional action. At the same time, the Department of Homeland Security would not target Dreamers for deportation.

Dreamers are a fraction of the estimated 11 million illegal immigrants in the United States, most of them Hispanic. Mr Trump as a candidate promised to deport all of them, but many Americans have rallied to support the young adults, who have spent large parts of their lives in the United States.

The Obama administration created the DACA programme in 2012 as a stopgap as they pushed unsuccessfully for a broader immigration overhaul in Congress. 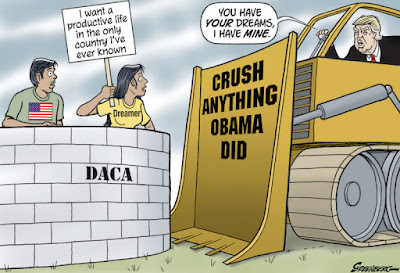 Many Republicans say they opposed the program on the grounds that it was executive overreach and immigration hard-liners within the party have pressured the president to scrap the programme.

Congressman Steve King, an Iowa Republican who believes that DACA is unconstitutional, warned that pushing the decision to Congress would be a big mistake. "That would cause a great big civil war among the Republicans," he said last week. "We've got enough of never-Trumpers in Congress that are undermining the president's agenda."

“The end of DACA would result in much-welcomed job openings for American college graduates and other American workers who are either unemployed or underemployed and feel completely locked out of the workforce and blocked from achieving their American dream,” said Dave Ray, communications director for the Federation for American Immigration Reform, which favours reduced immigration.

Attorneys general in 10 states threatened a legal challenge if the programme continued beyond September 5, creating a political deadline for Mr Trump to make a decision on DACA.

How has Congress tackled the issue?

Legislation to legalise the so-called Dreamers has been lingering in Congress for years, with a handful of bills currently pending in the House and Senate.

The one that has received the most attention, introduced by Senators Lindsey Graham and Dick Durbin, would grant permanent legal status to more than 1 million young people who arrived in the United States before they turned 18, passed security checks and met other criteria, including enrolling in college, joining the military or finding jobs.

It's unclear, however, whether the president would throw his support behind that or any other existing legislation. He could encourage the writing of a new bill - tied, perhaps, to funding for his promised border wall or other concessions like a reduction in legal immigration levels.

But it's unclear how much political capital the president would want to put on the line given his base's strong opposition to illegal immigration, his campaign rhetoric blasting DACA as illegal "amnesty" and his reluctance to campaign hard for other priorities, like health care overhaul. 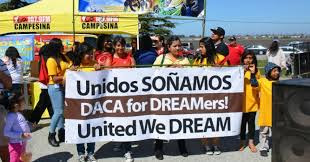 Who supports the Dreamers?

Polls show that the vast majority of Americans believe that immigrants protected from deportation by DACA should be allowed to remain in the US. Many business leaders have urged the president to keep DACA protections in place, including the heads of tech giants Microsoft , Apple and Facebook.

They have generally cited a potential hit to the economy if the programme were to end, although there is scant government data on Dreamers as a distinct economic group. Still, with the US economy at close to full employment, ending DACA would bring a net loss in productivity, said Giovanni Peri, an economics professor at the University of California, Davis who studies immigration.

New York Governor Andrew Cuomo, in a joint statement with the state's attorney general, Eric Schneiderman, said, "The president's action would upend the lives of hundreds of thousands of young people who have only ever called America their home."

The attorney general of Washington State, Bob Ferguson, also threatened legal action. "I will use all the legal tools at my disposal to defend the thousands of Dreamers in Washington state," he said in a statement.

What has Trump said about Dreamers?

In the past, Mr Trump has sometimes seemed supportive of the programme. At other times he blasted it.

In February, he said: "We're gonna show great heart, DACA is a very, very difficult subject for me, I will tell you. To me, it's one of the most difficult subjects I have because you have these incredible kids. In many cases, not in all cases. And some of the cases, having DACA and they're gang members and they're drug dealers, too. But you have some absolutely, incredible kids, I would say mostly... I find it very, very hard doing what the law says exactly to do and you know, the law is rough."

Shortly after the election in November, he told Time Magazine: "We’re going to work something out that’s going to make people happy and proud.... They got brought here at a very young age, they’ve worked here, they’ve gone to school here. Some were good students. Some have wonderful jobs. And they’re in never-never land because they don’t know what’s going to happen." 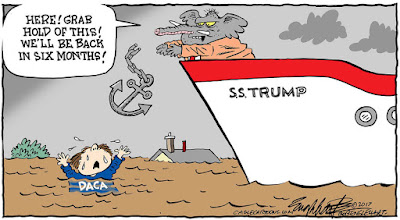 Who Is Judge Alsup? How He Blocked Trump's DACA Move

Just as Republicans and Democrats have begun public negotiations over the fate of DACA, a federal judge in California has blocked the Trump administration from ending the program.

Judge William Alsup made the ruling late Tuesday night, calling the Trump administration’s decision to end the program by a March deadline “arbitrary” and “capricious” — terms that have also been used as legal reasoning in lawsuits opposing Trump’s travel bans.

The ruling came after several states and groups, including the University of California, sued the Department of Homeland Security over the administration’s decision to end the program. Now, Alsup says that the government must start receiving DACA renewal applications once again. However, the ruling is only partially effective; it only applies to those who have already received DACA protections. Those who would like to apply now still can’t.

The Deferred Action for Childhood Arrivals, known as DACA for short, is an Obama-era U.S. immigration policy that allowed individuals who had entered the U.S. illegally as minors to receive work permits, as well as renewable deferred action from deportation.

According to the Associated Press Alsup said that the lawyers in favor of DACA had a high chance of succeeding in a trial, as they had already demonstrated that ending DACA would cause irreparable harm to the young immigrants protected by the program.

But the Department of Justice hasn’t renegade on its position, despite Alsup’s ruling. “The Justice Department will continue to vigorously defend this position, and looks forward to vindicating its position in further litigation,” department spokesman Devin O’Malley said in a statement.

However, as members of Congress and President Trump intend to continue negotiating on DACA, the DOJ will have to successfully appeal to Alsup’s decision in order to create any of their own momentum.

Alsup was nominated for U. S. District Court Judge by President Bill Clinton in 1999. He got his law degree from Harvard in 1971. He’s presided over a couple of high-profile cases concerning Silicon Valley tech companies in recent years, including the initial part of a lengthy trial brought by Google’s self-driving car division Waymo that a former employee had stolen intellectual property and taken it to Uber.

This isn’t Alsup’s first time ruling against the federal government over boarder security procedures. He also ruled in favor of a Malaysian woman who had been unfairly put on a no fly list and had her U.S. visa revoked for un-proven connections to “terrorist activities.” Alsup claimed the U.S. government had not provided adequate remedies after putting the woman on the no-fly list, and had not adequately corrected the error.

Washington, D.C., is on edge this Friday as Senate Democrats barrel the United States of America toward a government shutdown at midnight.

The House of Representatives, on a bipartisan basis, passed a bill that keeps the government open with 230 votes–and now its fate rests in the hands of Senate Minority Leader Chuck Schumer and his Senate Democratic conference, who would be solely responsible for a government shutdown if it happens.

The Senate overwhelmingly on Thursday evening voted for a motion to proceed onto the bill, but now the funding measure needs 60 Senators to vote for it to eventually pass. Since only 47 Republicans are definitely yea votes, that means Republicans need at least 13 Senate Democrats to vote to fund the government.

The Democrats are pushing for this shutdown because they are hellbent on getting amnesty for a significant population of illegal aliens who were recipients of the unlawful Barack Obama-era Deferred Action for Childhood Arrivals (DACA) executive amnesty program.


The White House and congressional Republicans have been more than willing to offer a deal and proposal to handle this problem, but the Democrats have been unwilling to give up chain migration, the visa lottery, and funding for President Trump’s planned border wall.