(Rahat Austin’s article from The GATESTONE INSTITUTE on 28 January 2018.)

According to the official results of Pakistan's 2017 census, as of August 25, 2017, the population of Islamic Republic of Pakistan is 207.74 million. The country is divided into an overwhelmingly Muslim majority of 96.28%; and the remaining 3.72% are Christian, Bahais, Buddhists, Hindus, Ahmadis, Jains, Kalasha, Parsis and Sikhs, who are identified as non-Muslim minority Pakistanis.

Religious minorities in the territory of present-day Pakistan, at the time of the partition of India in 1947, were almost 23% of Pakistan's population. But instead of their numbers increasing, they have decreased to the current 3.72%. If the Muslim population has grown, why have non-Muslim minorities not grown also?

This 23% represents millions of people; how have they vanished? According to the same census, from 1998 to 2017, Pakistan's overall population grew by 57%. Presumably, non-Muslim minorities should have increased at the same rate. Instead, their numbers have dangerously fallen.


The Hindu population, for example, which, according to the 1951 census, was 12.9%, is now only 1.6%. These numbers begin to reveal the situation of minorities in Pakistan. If you are a non-Muslim there, that means you have to face and accept discrimination, lack of religious freedom, and physical and psychological torture as part of your daily life.

It is routine to hear that some girl from a Christian, Hindu or other minority community is raped and killed, or has been forcibly converted. A person is murdered by a mob for alleged blasphemy; some non-Muslim men, women or children are sentenced to death for a supposed blasphemy they never committed.

Muslims burn their homes, burn places of worship, burn their holy books, even burn their women and children alive -- and there is no law or punishment to prevent this criminal behaviour or to make non-Muslims safe. There is no one who speaks for them. According to Islamic doctrines, the value of a non-Muslim is that of filth that needs to be cleaned from the earth.

The author is not aware of even a single instance, in the 71 years since the creation of Pakistan, of someone being punished for killing, burning or raping a non-Muslim man, woman or child, or for burning their places of worship, their homes or their holy books.

Hate toward non-Muslims is a part of the school curriculum. Hate is taught in educational institutions at every level. Children are instructed at an early age that Christians, Jews and Hindus are the worst creatures and the enemies of Islam -- so you must grow up and fight against them.

This hate is so deep-rooted that a non-Muslim cannot drink a glass of water from a public place, or even eat in a restaurant if the people there know what you are: they think non-Muslims are unclean untouchables and a curse on earth. People can be killed just for touching a glass of water. 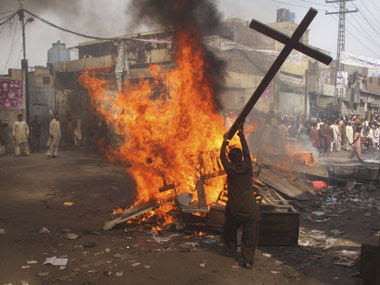 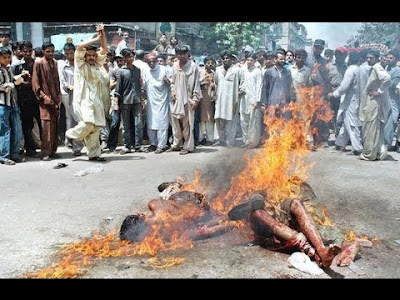 Non-Muslims, especially Christians and Hindus, are living a hell on earth. Non-Muslim women and girls are raped and forcibly converted; this is considered a religious obligation to please "Allah," the god of Islam.

The situation of minorities in Pakistan is, moreover, getting worse -- a deterioration which indicates that Pakistan is suffering from the severest religious extremism. This situation was recently corroborated by reports from the Pew Research Center and from Open Doors USA. The reports say that Pakistan is the fourth most dangerous country for Christians after North Korea, Somalia and Afghanistan.

An overarching problem is that the media and the international community appear totally to ignore that non-Muslims in Pakistan are suffering severely under the heavy persecution of society, government and especially blasphemy laws, which are exorbitantly unfair.

Many Muslim hardline clerics, politicians and even Supreme Court judges often say -- publicly on national television -- that Pakistan was made "by Muslims and is only for Muslims," and that there is no place for non-believers.

On August 8, 2017, the Chief Justice of Pakistan, Mian Saqib Nisar, in an address to the Multan Bar Council, lawyers and the judiciary, said that he hated Hindus so much that he did not want even to take the names of non-Muslims on his tongue.
His speech was broadcast live on almost all television stations; not a single channel found fault with his words. Only a few posts on Facebook indicated that were inappropriate for a person holding one of the highest offices in the country. So, what kind of justice can you expect?


Nisar has also refused to let Asia Bibi, a Christian mother of five, who has been on death row for ten years for "blasphemy," have an early hearing for the final appeal of her death sentence, after a trial that has been called "unfair." Rita Panahi, commented on Bibi's case in Australia's Herald Sun:

When Bibi, working in the field on a scorching day, was asked to bring a water from a well, she committed the alleged blasphemy of drinking some of the water from the cup. "Another female farmhand, who already had a feud with Bibi, claimed she had "soiled" the utensil and the water supply with her unclean, Christian hands. Bibi was accused of "defiling the water.'"

"For once," Bibi recounted, in her memoir, Blasphemy: Sentenced to Death Over A Cup of Water," I decided to defend myself and hold my head high. I said, 'I think Jesus would have a different viewpoint to Mohammad.' The woman replied, "How do you dare to question the Prophet, dirty animal?"... "Soon a mob confronted Bibi and her family before the police arrived....”

Many accused of blasphemy in Pakistan are not so fortunate and are killed before they are formally charged." According to another report; 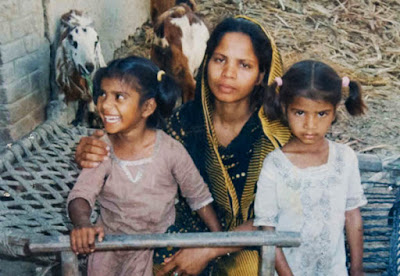 Blasphemy laws are a major problem for minorities, especially Christians. These laws are abused to settle issues, such as personal grudges, even for extremely minor disputes, such as money, a piece of land or even children quarrelling. The general public does not wait for the legal process; they murder people on the spot. They burn them alive, they destroy their houses and places of worship -- not just the accused person but also, collectively, other members of his community.

The Constitution of Islamic Republic of Pakistan clearly indicates that non-Muslims are third-class citizens and forbids them from attaining the highest administrative positions in the government. It is compulsory for every officer to take an oath that he is Muslim before being appointed. Only mean and low-level jobs, such as cleaning the sewers, are reserved for non-Muslims. Newspapers and other outlets advertise that only non-Muslims may apply for those jobs.

If there is a case against a non-Muslim and he wants to hire a non-Muslim lawyer as counsel, it is not permitted. Only a Muslim lawyer can be present in court, and its compulsory that the judge must also be Muslim.

Minorities in Pakistan and other Islamic states have to go through hell every day; how can they even think about blasphemy? Even if a case of blasphemy is not proven against Christians, they still can be murdered by an angry mob or while in police custody. Non-Muslims can also easily be sentenced to death by a court: even a single claim by Muslim against a non-Muslim is enough to "prove" him guilty.

Usually a country's authorities are supposed to support and help persecuted people; in Pakistan, instead, the institutions of government provide funds only to fundamentalists and other segments of the population engaged in persecuting non-Muslims: these taskmasters see themselves as soldiers of "Allah."

Madarasa Haqania, for instance, is the birthplace of the Taliban and terrorism in the region. Known also as the "University of Jihad," its students are the leaders of the groups who were involved in bomb attacks on churches. 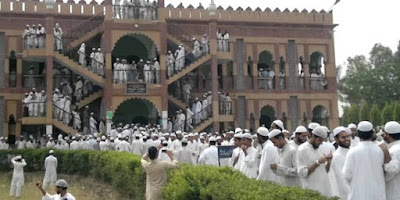 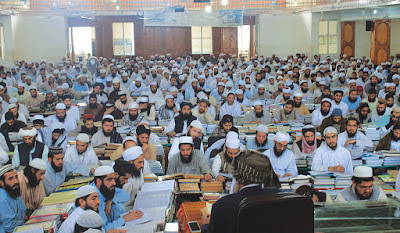 Non-Muslims have made many sacrifices for Pakistan; in return, they are killed in public, in broad daylight, and there is no one to hear them. Their murderers are praised as heroes, not only by the general public. Politicians and judges in the courts kiss their hands and salute them with honor.

To speak for your own rights or someone else's is taking on a suicidal risk. You could face charges of blasphemy, be murdered in cold blood, or "disappeared". For example, Salmaan Taseer, the Governor of Punjab Province, criticized the abuse of Pakistan's blasphemy laws. For this, he was murdered by his own bodyguard in 2011. Rashid Rehman was a lawyer who agreed to take on a blasphemy case. He was gunned down by two men who walked into his office posing as clients.

Christian organizations, especially the Pope and the Vatican, have failed to give any hope to persecuted Christians. Providing a press release or sending a note is not enough. The pope truly needs to come to help his flock and to establish policies to safeguard these persecuted people from the Islamic world. We have observed that the pope is so busy making statements to please Islam and advising Europe to open its gates for Muslim radicals.

Pope Francis is ignoring that these Muslims are persecuting Christians who live in their countries. These Muslims, when non-Muslims try to flee towards Europe, are throwing them out of the boats and drowning them into sea. Meanwhile our Christian brothers are inviting Muslims to come to Europe and invade us, rape our daughters and cut our throats. Is this what the Vatican and the Western world really want?

(Rahat John Austin is a Pakistani Lawyer and author, has been working for the rule of law, justice and equal distribution of rights in the Islamic State of Pakistan on behalf of vulnerable and deprived segments of the society, especially women and minorities. His first book, "Human Trafficking in Pakistan," was funded by American High Commission and International Organization for Migration (IOM) in 2012. His second book, "The Dracula State," on Pakistan's Constitution and Blasphemy Laws was published in 2017.)
Posted by Hla Oo at 7:36 PM