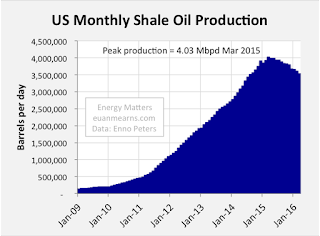 Fatih Birol, head of the Paris-based International Energy Agency (IEA), told a congressional committee last week, “What we see is a result of the shale revolution [fracking]. The U.S. is becoming the undisputed leader of oil and gas production worldwide. [U.S.] oil production is growing very strongly and will continue to grow. We think that this growth is unprecedented [both in the] size of the growth and the pace of the growth.”

In 1973, Saudi Arabia punished U.S. citizens with an oil embargo in retaliation for the U.S. government’s support for Israel during the Yom Kippur War. It could do so because it held the biggest hammer: Saudi Arabia controlled the world’s largest reserves of crude oil and the kingdom.

Within months, the price of oil quadrupled in the United States, resulting in shortages and rationing. Gas stations were closed, and when they reopened they were forced to restrict gasoline purchases to “odd” and “even” days depending upon their customers’ license plate numbers. The federal government imposed “double-nickel” (55 mph) speed limits on highways, and experimented with “daylight saving” time in order to reduce the impact of the embargo.


Those days are long gone and not likely ever to return. Saudi Arabia and its OPEC cartel are slowly being reduced to bit players in the global energy market. Saudi Crown Prince Mohammed bin Salman saw that coming more than two years ago when he announced the kingdom’s “Saudi Vision 2030,” a plan to diversify his country’s economy away from its dependence on oil and gas revenues.

He created a “sovereign wealth fund” to invest in various schemes and projects to expand public service sectors such as healthcare, education, infrastructure, recreation, and tourism. Part of the plan was to take advantag of the country's unique geographical location as a central hub connecting Asia, Africa, and Europe.

To do all of that, the crown prince needed money — lots of money — to transform his country and move it away from its dependence on oil and gas revenues. In April 2016, he announced that he would be offering for sale up to five percent of his oil company, Saudi Aramco, hoping to raise an initial $500 billion, as the company was estimated to be worth $10 trillion.

But with the decline in oil prices, his country’s stagnant oil and gas production, and the coming of age of the fracking revolution in the United States, estimates of the real marketable value of Aramco have continued to drop. The latest estimate is that the company is worth about $2 trillion, with the sale of that five percent (if it happens at all) generating a paltry $100 billion. It’s been two years since that announcement, and the offering continues to be delayed. The latest delay is pushing the public offering of shares into the second half of 2018.

All of which raises a question: What happened to rebalance the equation against Saudi Arabia in favor of the United States? What happened was George P. Mitchell. A son of poor Greek immigrants (who entered the U.S. legally in 1901), Mitchell served in the U.S. Army Corps of Engineers during World War II. After the war he joined his brother Johnny in starting an oil exploration business in Houston.

Fast-forward to the late 1970s. Mitchell was using company resources to explore ways of getting more natural gas out of shale formations at such a rate that his board of directors and investors were getting nervous. It took almost 20 years and the threat of near-bankruptcy before Mitchell and his company’s engineers finally developed the magic formula of techniques and materials to extract gas, and then oil, from shale. 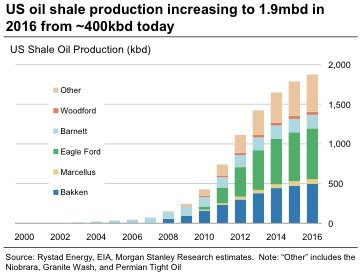 In 2002 Mitchell sold his company, Mitchell Energy & Development Corporation, to Devon Energy Corporation for $3.1 billion. Why couldn’t Saudi Arabia have done the same thing? Why did it wait until the issue became an existential threat with the development of fracking in the United States?

Part of the answer has to be the culture. In Saudi Arabia, the country’s vast reserves — some 360 billion barrels of recoverable oil, at last count — belong to Aramco, i.e., the government. What is the incentive then for an entrepreneur to risk his capital, his time, his reputation, and his energy to try to find a way to squeeze more production out of those reserves?

In the United States, the culture is vastly different. The oil in the vast Permian Basin (which lies under west Texas and eastern New Mexico), for example, belongs to the people who successfully negotiate the land leases and then develop it. They take risks with their own money (and that of other people — investors) and spend themselves into exhaustion both physically and financially in the hopes of striking it rich.

If they succeed, they get to keep what they have reaped. If they don’t, they eat their losses and perhaps return for another go at it in the future. It is the peculiar, some say unique, mixture of limited government intervention, the enforcement of contracts at law, and the exhilaration that comes from success, that drives people such as George Mitchell to change the world.

It was thus inevitable that the United States, given that peculiar culture, would eventually become the “undisputed leader” of the world in energy development. It has an unfair advantage over every statist economy on the planet. All it took was time, and George Mitchell, to soon relegate Saudi Arabia to second place. 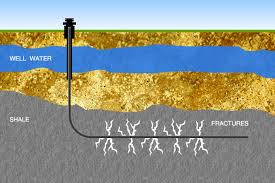 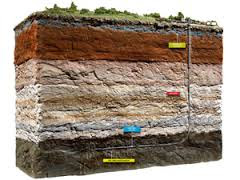 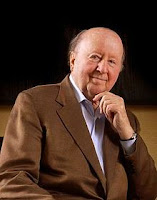 Mitchell was born to Greek immigrant parents in the port city of Galveston, Texas in 1919. His father, Savvas Paraskevopoulos, was from the village of Nestani in Arcadia, tended goats before immigrating to the United States in 1901, arriving at Ellis Island at the age of 20.

He worked for railroads, and gradually moved west. When a paymaster got tired of writing his long name and threatened to fire him, Mr. Paraskevopoulos took the paymaster’s name, Mike Mitchell. Mike Mitchell settled in Galveston, where he ran a succession of shoe-shining and pressing shops.

When he saw the picture of a beautiful woman in a local Greek newspaper, he headed for Florida, where she had settled, according to family lore. He persuaded her to abandon her fiancé and marry him. They lived above the shoeshine shop.

In 1940, George Mitchell earned a degree in petroleum engineering with an emphasis in geology from Texas A&M University. He graduated as the valedictorian in his class and was also the captain of the men's tennis team.

He started an independent oil and gas company, Mitchell Energy & Development Corp. and built it into a Fortune 500 company. He participated in the development of about 10,000 wells, including more than 1000 wildcat wells.

In the 1980s and 1990s, the company experimented with application of different techniques of hydraulic fracturing of the Barnett Shale of Texas, eventually finding the right technique to economically extract the natural gas in the formation.

The new approach has been widely adopted by the gas industry and spawned a new gas boom in North America. The Potential Gas Committee estimates that U.S. recoverable reserves will last 118 years at current production levels but production is expected to more than triple by 2020.

Extracting natural gas from shale rock is rapidly spreading to countries outside the United States. Some consider his innovation important in the context of energy security, making the United States less dependent on foreign sources of energy.

Because of the technological progress in industry fracking, George Mitchell is now known as the “pioneer of shale.” For this reason, it is proposed that the date of his birth -21 May 1919 – will be considered as the “Shale Day”. Mitchell Energy & Development Corp. was later acquired by Devon Energy.

Cynthia Woods Mitchell and the George P. Mitchell, and the Cynthia and George Mitchell Foundation, have distributed or pledged more than $400 million in grants to causes, programs, and institutions.


In 2004, Forbes magazine estimated his net worth as $1.6 billion, placing him among the 500 richest people worldwide. Mitchell died at the age of 94 on July 26, 2013, at his home in Galveston of natural causes, while surrounded by relatives. He was the father of ten children. 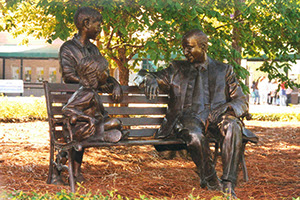