(Staff articles from The VOX and the BREITBART on 20 January 2018.)

At 12:01 am on Saturday, January 20, the federal government is officially shut down. Republicans and Democrats are still stuck in a standoff after failing to reach an immigration deal this week.

House Republicans passed a bill on Thursday to fund the government for four weeks and extend the Children’s Health Insurance Program for six years, after Congress had failed to reauthorize that program for the last four months. But on a procedural vote late Friday, which needed 60 votes to advance the House spending bill, 45 Senate Democrats — and five Senate Republicans — rejected it.

Democrats, frustrated with President Trump’s unwillingness to accept a bipartisan proposal to address the nearly 700,000 immigrants in legal limbo after he pledged to end the Deferred Action for Childhood Arrivals program, felt they had no choice and no other leverage but to reject the House spending bill to force DACA negotiations.


They were joined by several Republicans also working on a DACA fix and angry over the inability to cut a long-term funding deal for the military. Republicans dug in to pit DACA recipients against CHIP, even though their majority had failed to make the program’s extension. But Democrats believe they have a compelling case for DACA after Trump’s latest racist tirade, calling some countries “shitholes” in an immigration meeting with lawmakers.

It’s a standoff, for now, with no easy resolution. Having allowed for the first vote fail on the floor, triggering a shutdown, Senate Majority Leader Mitch McConnell has made Democrats a counter offer: a shorter short-term spending bill that would keep the government open until February 8, with promise of immigration negotiations in that time.

“The government may be headed into a shutdown but the Senate has not shut down,” McConnell said. Now the mad scramble to fund the government and reopen its doors begins.

What does a federal shutdown actually mean?

A government shutdown means a lot of “nonessential” government activities suddenly cease. As Vox explained, it’s not unusual for Congress to go to the brink of a shutdown; it happened several times in Trump’s first year in office alone. But it’s rare they actually don’t make the deadline.

A shutdown usually suspends a lot of government functions. Though the military, air traffic control, federal prisons, and Social Security and other benefit payments typically aren’t affected, the Office of Management and Budget estimated that the shutdown resulted in 120,000 fewer jobs and cut economic growth by 0.2 to 0.6 percent in the last quarter of 2013, the last time the government shut down.

The effects of the 2013 shutdown were pretty substantial:

- Tax refunds totaling almost $4 billion were delayed.
- The Women, Infants, and Children nutrition program went unfunded.
- Federal research activities at the National Institutes of Health (which lost about three-quarters of its employees), the National Science Foundation (which lost 98 percent of its workforce), and the Centers for Disease Control and Prevention (which lost two-thirds) shut down nearly entirely; the CDC scaled back its monitoring of disease outbreaks.
- Environmental Protection Agency inspections halted at 1,200 locations.
- The Food and Drug Administration delayed approval of drugs and medical devices.
- The national parks shut down, resulting in $500 million in lost consumer spending from tourism.
- Reviews of veterans’ disability applications slowed to a halt, with nearly 20,000 applications per week not being evaluated.

So while shutdowns don’t usually result in senior citizens going without their Social Security checks, or shut down the military, it’s still a very serious matter.

For Congress, there’s now a mad scramble to end the shutdown.

To end a government shutdown, Congress has to pass a spending bill. That means Congress can;

1) pass the appropriations bills, likely in an omnibus, which just crams together 11 appropriations bills into one spending package;
2) pass a “continuing resolution” (CR), which would fund the government at its current levels, basically buying more time to negotiate the actual appropriations bills (this is what Congress has done since last October); or
3) pass a “CRomnibus,” which is a combination of the two, extending the deadline on certain more contentious appropriations — like for the Department of Homeland Security — and passing a spending bill on the rest.

McConnell has already proposed another CR — one slightly shorter than the one that failed on the floor earlier this evening. But it’s important to note that Democrats voted down a short-term spending bill Friday over stalled immigration negotiations, and it’s unlikely they’d vote for one without some kind of agreement on the future of the DACA program.

After months of inaction, immigration negotiations have intensified in recent days, but not without tribulations. President Donald Trump and Republican leadership continue to engage hardline immigration hawks who have shown no interest in compromise.

Trump reportedly told Sen. Tom Cotton (R-AR) and Rep. Mark Meadows (R-NC), who occupy the most conservative spaces in the immigration debate, that he wouldn’t support a proposal without their blessing.

That’s a serious red flag for Democrats, whose votes are needed to pass anything on immigration. Meanwhile, Republicans continue to push for immigration negotiations to be kept outside of spending talks. But with a shutdown hanging overhead, it’s possible Democrats will agree to a shorter CR with the assurance that an immigration bill will be struck in the interim.

On Friday evening, Senate Democrats, including Schumer and Sen. Dick Durbin (D-IL), along with well as Sen. Lindsey Graham (R-SC) and Sen. Jeff Flake (R-AZ), voted against a spending bill to prevent a government shutdown because it did not include amnesty for at least 3.5 million illegal aliens and their illegal alien parents.

Barletta quickly responded to the decision to shut down the federal government for illegal aliens, writing on Twitter:

Senate Democrats, along with Graham and Flake, voted to shut the federal government down after they did not get their way in slipping an amnesty plan for millions of illegal aliens into the spending bill.

As Breitbart News reported, the amnesty plan by the “Gang of Six,” — which includes Flake, Graham, Durbin, Sen. Cory Gardner (R-CO), Sen. Michael Bennet (D-CO), and Sen. Robert Menendez (D-NJ) — would give a pathway to U.S. citizenship for at least 3.5 million illegal aliens who are eligible and enrolled in the President Obama-created Deferred Action for Childhood Arrivals (DACA), while their parents, who originally brought them to the country illegally, would be allowed to permanently remain in the US.

An amnesty plan for millions of illegal aliens would give a pathway to U.S. citizenship to 25,000 foreign nationals. The six senators were warned ahead of rolling out their expansive amnesty agenda by President Trump that any immigration deal that did not include reducing legal immigration levels and full funding for the US-Mexico border wall would be dead on arrival in Congress.

Sen. Tom Cotton (R-AR) — Trump’s closest economic nationalist ally in the Senate —  joked earlier in the week that he would like to “see how that works out” for Senate Democrats if they did in fact shut down the federal government unless illegal aliens were given amnesty. Tom Cotton wrote on Twitter;

“So Democrats are now threatening to shut down the government if they don't get amnesty for millions of illegal immigrants. Let's see how that works out for them, especially in places like WV, IN, MO, ND, & MT.”

The Trump administration says they will not be open to negotiations on immigration with Democrats or the Republican establishment until the federal government is back up and running. The White House on Twitter;

“Senate Democrats put politics above national security, military families, vulnerable children, and our country’s ability to serve all Americans. We will not negotiate the status of unlawful immigrants while Democrats hold our lawful citizens hostage over their reckless demands.”

In 2013, Chuck Schumer mocked the idea that Democrats would shut down the federal government for illegal aliens, calling such a plan a “governmental chaos,” as Breitbart News reported.

Corey Lewandowski, President Donald Trump’s former campaign manager, slammed Senate Minority Leader Chuck Schumer (D-NY) at the South Carolina Tea Party Convention on Saturday. Lewandowski argued that by shutting down the government, Schumer and the Democrats put illegal aliens ahead of those who “serve our country.”

Lewandowski argued, “This Schumer Shutdown we have, you know what it has done? It has put non-U.S. citizens in front of our military. It has put people who are here illegally as more important than people who have come here legally and serve our country every day.”

The former Trump campaign manager also recounted many of President Trump’s numerous accomplishments on the one-year anniversary of his inauguration.

Lewandowski recounted, “I had the privilege of being in that historic victory and having a front-row seat at that victory. It’s important to look back now; one year ago from today, our president was sworn in as the 45th President of the United States.”

The former Trump campaign manager added, “Because if you believe in the fake news media, they’ll tell you he hasn’t done anything because they don’t want to give the credit he deserves.”

Lewandowski said, “Record high stock market, the highest growth in the stock market since Franklin Delano Roosevelt.” Lewandowski also added that under Trump, there have been “2.2 million jobs created, low unemployment at 4.1 percent.”

At the convention, Lewandowski explained that “for every new government regulation that is put in place, 22 have been taken out of the system, which “means businesses have confidence, can make capital investments, and get our economy growing again.”

Lewandowski continued, “Immigration: we are at a 46-year low for illegal border crossings.” He added, “Donald Trump has confirmed more judges than any other president.” The former Trump campaign manager stated, “ISIS lost 98 percent of the territory they had since Trump took office.”


“That’s the Trump agenda,” Lewandowski added. Lewandowski charged, “We need to get the government back open.” 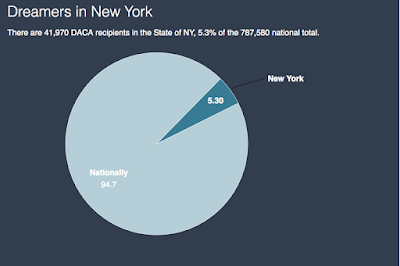