(Golnaz Esfandiari’s article from The RADIO LIBERTY on 02 January 2018.) 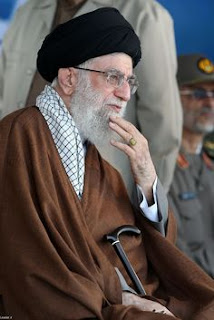 Supreme Leader Ayatollah Ali Khamenei has broken five days of silence as antiestablishment protests raged in Iran by publicly stiffening the official line from that offered by the country's president a day earlier.

Khamenei has the final word on political and religious matters in Iran, and his suggestion that "enemies of Iran" are behind the unrest comes with the death toll rising above 20 and increasingly harsh admonitions from other Iranian officials.

The protests, the largest since massive demonstrations over a disputed presidential election in 2009 prompted a brutal crackdown, have continued despite the deaths and hundreds of arrests, dispersals by security forces in dozens of cities, and stepped-up blocks on social media and the Internet.

Khamenei has been one of the main targets of protesters' chants, which have included "Death to the dictator!" and "Death to Khamenei!" while also accusing him of ruling like a god. "In the events of recent days, the enemies have united and are using all their means -- money, weapons, policies, and intelligence services -- to create problems for the Islamic regime," Khamenei said on state television.


"The enemy is always looking for an opportunity and any crevice to infiltrate and strike the Iranian nation," he added. He did not say how security forces should respond to the protests, only that he will address the nation when "the time is right."

On January 1, President Hassan Rohani acknowledged Iranians' economic and political frustrations and suggested that the unrest could be turned into an opportunity. "We can't say whoever who has taken to the street has orders from other countries," Rohani told members of parliament.

"There might a handful like that, but some [have] taken to the street based on their emotions and due to their problems." He also said that some of the protesters sought greater freedom, echoing a note that Rohani made part of his election and reelection campaigns in 2013 and 2017.

"Their problems are not only economic ones -- it's not like people have come out into the streets to say that 'We want money, bread, water.' They have other demands as well. They are pursuing other things as well. One [demand] is allowing a freer environment. People are demanding not only money, [it's] not only economic. Yes, one of them is the economy."

There were other signs emerging on January 2 of a possible hardening on the part of Khamenei's hard-line allies and other Iranian authorities. A deputy commander of the powerful Islamic Revolutionary Guards Corps (IRGC), General Rasul Sanayirad, said on January 2 that the United States, Saudi Arabia, monarchists, and the opposition group Mujahedin-e Khalq Organization (MKO) are behind the problems.

"Today we are seeing that the counterrevolutionaries, the monarchists, the Hypocrites" -- a reference to the MKO -- "the U.S., and [the House of] Saud as well as a grouplet led by a fugitive clown, are misusing the social and economic protests of our country's people and have turned them into riots and acts of sabotage," Sanayirad was quoted by the hard-line Fars news agency as saying.

"The slogans chanted in the past two or three days by the rioters clearly showed that [the MKO] and the monarchists are behind this story," Sanayirad added.

For now, reports suggest that compared to past protests security forces have been restrained in their attempts to quell the protests. Reports suggest that the IRGC, which was blamed for some of the most brutal actions during the 2009 crackdown, has not intervened in any conspicuous manner.

But Esmaeil Kowsari, deputy chief of a major IRGC base in Tehran, told the semiofficial news agency ISNA, "If this situation continues, the officials will definitely make some decisions, and at that point this business will be finished."

Meanwhile, the head of Tehran's Revolutionary Court warned on January 2 that arrested protesters could face the death penalty. "Obviously one of their charges can be 'moharebeh,'" Mousa Ghazanfarabadi was quoted by the Tasmin news agency as saying, using an Arabic term for a crime that is frequently translated as "enmity against God" and can be punishable by death. 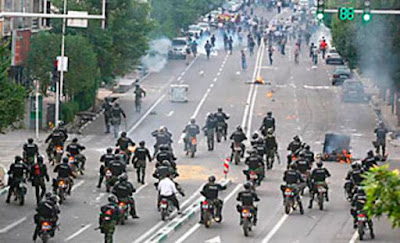 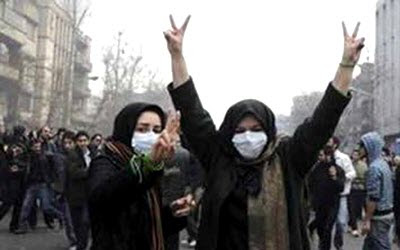 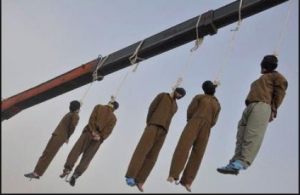