Turnbull vs Abbott: the war is on. Malcolm Turnbull and Tony Abbott are in a brawl of mutually assured destruction, with the wounded Prime Minister having the most to lose. Turnbull yesterday publicly suggested Abbott was a liar, and then Abbott blasted back.

First, the real context: the latest Essential poll has the Turnbull Government dropping behind Labor by 47 per cent to 53. That's dangerously low. Second, Turnbull badly needed this week to be about how he was close to finally clinching a signature victory - a vote in Parliament to create a new watchdog to tame rogue building unions. (Leave aside that this was something designed and prepared by Abbott.)

But then the whole week was destroyed for Turnbull with reports that he had discussed trading guns for votes with Senator David Leyonhjelm - with Abbott then weighing in to say how "disturbed" he was by this news.


It was on, with Abbott's enemies saying he had made a similar deal with Leyonhjelm last year - offering to drop an import ban on the Adler shotgun after 12 months in exchange for Leyonhelm's vote - something Abbott hotly denied on the ABC on Wednesday.

Then: The Prime Minister bluntly contradicted Mr Abbott’s claim there was “no deal” on the controversial Adler shotgun last year, telling parliament the talks over the import ban on the weapon were held in the “full knowledge” of his predecessor’s office.

Mr Turnbull made no attempt to rescue Mr Abbott from claims he had lied on ABC TV on Wednesday night, when he insisted there was no deal in August last year — four weeks before he lost power — to put a sunset clause on the shotgun ban to win support from crossbench senator David Leyonhjelm on a close vote on migration law. “The point I want to make is that there were no deals — no deals,” Mr Abbott said on Wednesday night.

He blamed political staffers for giving the impression of an agreement to phase out the ban on the seven-shot Adler A110 shotgun. The Australian confirmed last night Immigration Minister Peter Dutton spoke with Mr Abbott yesterday morning, urging him to make a statement to clarify what his office knew because there was an email indicating his office had known of a deal. Mr Abbott was urged to make the statement before question time but this did not happen.

Under questions from Labor on who knew about the shotgun negotiations, Mr Turnbull backed an earlier statement from Justice Minister ­ Michael Keenan that Mr Abbott’s office had been kept “appraised” of the negotiations. “I have made inquiries of my ministers and I can say to the house that as a result of those ­inquiries I am satisfied that the Minister for Justice acted in the full knowledge of the prime minister’s office at that time,” Mr Turnbull told parliament.

He did not say this meant Mr Abbott had been informed, while Senator Leyonhjelm said yesterday he had never discussed the agreement with Mr Abbott. Mr Abbott told parliament he had been “most grievously” misrepresented but made this point as part of an attack on Labor rather than the Prime Minister or anyone in the government.

He said it was “absolutely and utterly false” that he had somehow ­connived at a deal with Senator Leyonhjelm to weaken Australia’s tough gun laws. He also quoted a note from one of his advisers in the prime minister’s office in July last year. The note set out plans for a temporary ban on Adler shotguns until a review was completed and states agreed on the regulations. That consensus is yet to be achieved...

“How can there have been some kind of a deal or a concession or a weakening for Senator Leyonhjelm on the 11 or 12 of August when the temporary ban was what the government had always ­intended, pending a permanent resolution of this by COAG?” Mr Abbott asked.

Peta Credlin, the former chief of staff to Mr Abbott, has rejected claims of a deal. “I was not involved in any discussions with David Leyonhjelm about an ­alleged deal on the Adler firearm,” she told The Australian yesterday. Abbott should not have added to Turnbull's troubles with his initial tweet. But Turnbull should not try to suggest Abbott was a liar.

Mutual hatred, mutual harm. But here is one point: politically, Abbott's public positions on the gun were right and clear, while Turnbull's were dangerously unclear, which is why this whole thing became another PR disaster in the first place. 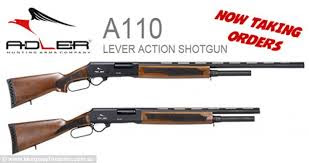 Turnbull had nearly made it to the exit when, his ears suddenly and unexpectedly filling with the sound of Tony Abbott, he ground to a halt. The question time circus was meant to be over, and now suddenly it wasn’t.

Did the member for Warringah claim to have been misrepresented, inquired the Speaker. “Oh most grievously, Mr Speaker,” Abbott replied.

It was with a look of dazed wonder that Turnbull altered his flight path, taking a pew in one of the back rows alongside Scott Morris­on, Julie Bishop, Josh Frydenberg and Kelly O’Dwyer. With this unexpected pit stop in the cheap seats, this unhappy little cluster momentarily looked like a government in exile.

Then Abbott got under way and the bloody mess over Adler shotguns — an almost operatic extravaganza that has seen the PM stumble and his predecessor lobbing grenades from an ABC studio — lift itself to a new level. With one hand in his pocket, Abbott spoke forcefully and unswervingly, his speech shorn of the little tics and pauses that normally punctuate his delivery.

When Julie Bishop was told that an interview scheduled for the 7.30 report on Wednesday night had been cancelled, she was less than impressed. When she discovered that she had been bumped for Tony Abbott, she was reported to have gone “ballistic”. It may have been sweet revenge for the former PM. But it was also the moment he sparked a civil war with Malcolm Turnbull.

For one thing, the PM’s team should be far more alert to the potential for Tony Abbott to react aggressively to any reflection on his prime ministership. The 12-month ban imposed by Abbott last year was to stay in place until the states agreed to reclassify the category A gun ... [to] put it out of the reach of anyone other than professional shooters or law enforcement officers — none of whom would ever use them.

Leyonhjelm revealed emails yesterday which showed that he had a deal with the government going back to August last year that suggested the ban would be lifted after 12 months. The deal was stitched up by Immigration Minister Peter Dutton and Justice Minister Michael Keenan. Abbott claims he had no knowledge whatsoever of such horsetrading with Leyonhjelm.

Either the ministers were moonlighting or Abbott was lying, which is what Dutton, Keenan and Turnbull all suggested yesterday when they told Parliament that Abbott’s office had been aware of the deal.

The look on Turnbull’s face when Abbott rose at the end of Parliament to claim he had been misrepresented in Parliament was one of pure anger. Earlier that morning, Dutton had gone to see Abbott about his claims on The 7.30 Report that no deal had been made by his office. Dutton is believed to have told Abbott that he would need to correct this as a letter existed showing his office did know and was involved in making the deal.

This obviously never happened. Abbott may not have known. And to that end he has been truthful. But there is little doubt now that his office did. And as far as he and Turnbull are now concerned it is pistols at 12 paces.


(Thanks to reader Peter of Bellevue Hill.)
Posted by Hla Oo at 6:05 PM