(Elliot Friedland’s article direct from The CLARION PROJECT on 26 October 2016.) 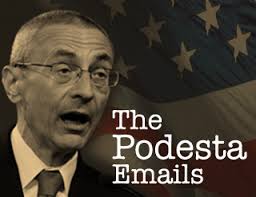 The Obama administration collected lists of Muslim candidates for jobs in the Obama administration, according to previously unseen emails sent to the chair of Hillary Clinton’s presidential campaign John Podesta and released by Wikileaks. Podesta was also a former chief of staff for President Bill Clinton.

Dating from 2008, the email refers to a list of Muslim leaders vetted for top jobs within the administration (it does not provide the list). The author, Preeta Bansal, adds three points by way of explanation, the first of which is as follows:

“In the candidates for top jobs, I excluded those with some Arab American background but who are not Muslim (e.g., George Mitchell). Many Lebanese Americans, for example, are Christian. In the last list (of outside boards/commissions), most who are listed appear to be Muslim American, except that a handful (where noted) may be Arab American but of uncertain religion (esp. Christian).”

This paragraph has drawn the ire of commentators who see this as evidence that Obama’s White House was deliberately excluding Christians from senior positions. While that does seem to have been the case where this list is concerned, we do not know who, if anyone, was hired on the basis of this list.


In an ideal world, all candidates for government positions would be selected with absolutely no attention paid to their religion. Yet in today’s world, governments are under intense pressure to present to their publics a diverse staff representative of the populations they rule.  It is difficult to acquire such staffing by accident.

Furthermore, if the list is specifically designed for the exclusion of Christians from Muslim majority countries, rather than to increase representation of Muslims, this is unacceptable. We do not know, however, the details surrounding the list and its compilation. We don’t know what jobs it covered, whether anyone was hired and whether separate lists promoting other minorities such as Middle Eastern Christians was ever created or used.

There is no way that happened by accident. 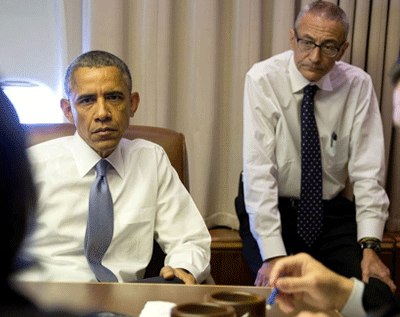 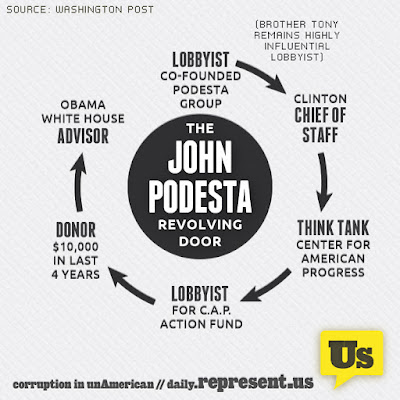 Following is the full email from Preeta Bansal To John Podesta:

1) In the candidates for top jobs, I excluded those with some Arab American background but who are not Muslim (e.g., George Mitchell). Many Lebanese Americans, for example, are Christian. In the last list (of outside boards/commissions), most who are listed appear to be Muslim American, except that a handful (where noted) may be Arab American but of uncertain religion (esp. Christian).

2) There is only one candidate I thought was a viable one for a Secretary-level job among the Muslim Americans. That said, on both lists, there are some very senior people listed in the last category (for outside boards/commissions) who conceivably could be considered for top jobs. The very senior people I put on the last list tended not to be terribly involved in politics or policy, or in the case of some Asian Americans, had already served in the Clinton and even Carter Administrations and so I thought we should seek new talent. But there's no magic to some of the placements. I think the lists are fairly exhaustive, but some of the people may be moved to other categories.

3) High-profile Muslim Americans tend to be the subject of a fair amount of blogger criticism, and so the individuals on this list would need to be ESPECIALLY carefully vetted. I suspect some of the people I list would not survive such a vet -- but I do personally know, at least in part, virtually all of the candidates in the 1st two categories (but I know very few of those listed for outside boards/commissions).

4) I listed the elected Muslim American democratic officials at the end of the second category, but for various reasons, I didn't think any of them would necessarily be suitable for an Administration appointment. Nevertheless, I wanted to flag them for you in case you wanted to evaluate them further.

DOJ list will be coming in the next two days. Judges and USAttorneys will still take about 10 days. Let me know if the latter are needed sooner. 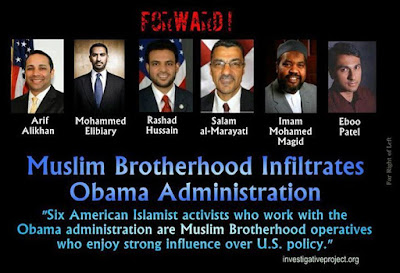 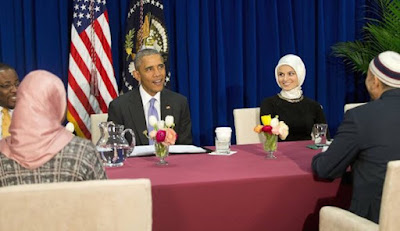