(James Moore’s article direct from The INDEPENDENT UK on 19 October 2016.) 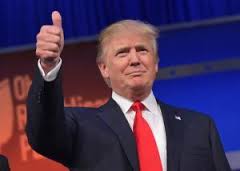 The betting pattern that signals a Trump presidency isn't as remote as the world thinks: William Hill slashes odds on Trump victory amid betting patterns eerily reminiscent of those seen in the lead up to the EU referendum. The bookmaker cuts odds on a Trump win from 11-2 to 4-1 over the past two days after a betting surge. It is news that will strike fear into the hearts of perhaps half of America and large chunks of the world outside of it.

Despite a calamitous week of campaigning, betting markets on the US election are almost a mirror image of those on Britain’s EU referendum at this stage. And they could be pointing to a victory for Donald Trump. Bookmaker William Hill says 71 per cent of the money so far staked is for Democrat Hillary Clinton. But 65 per cent of the bets by number are for the controversial Republican.

That means a lot more punters are putting smaller bets on Trump, almost exactly the same pattern as was seen in the run up to the Brexit vote when the money was for Remain but the majority of bets were for Leave.

The bookie has cut the odds on a Trump victory from 11-2 to 4-1 over the past two days in response to a surge in bets for the reality TV star and businessman turned politician. It comes despite a campaign bedevilled and derailed by ugly accusations of sexual abuse on the part of Trump from a growing list of women, together with his claims that the election is somehow being “rigged”.


William Hill’s spokesman and resident betting expert Graham Sharpe, an industry veteran of 44 years standing, said: “It’s very, very similar to the Brexit vote. There is a metropolitan media bias that says Trump can’t win, but they can’t vote. In betting terms, this is not a done deal. I see parallels with the Brexit vote at this stage.”

Mr Sharpe, the author of more than 25 books, mostly on the betting and racing industries, continued: “Some of the larger number of small bets on Trump can be explained by odds. When you have odds of 1-8 or 1-9 as you do on Clinton it’s not so interesting to the small punter. You tend to get bigger bets. We had one woman walk into a Northumbrian betting shop to stake £170,000 at 1-8 to win £21,250. She came in the next morning to stake another £13,200 to win £1467. She’d never placed a bet before but said she saw it as an investment.

“Trump at 4-1 or 11-2 will attract the smaller punters. But I don’t think that is only reason for the number of bets on him, and we have had to cut the odds on Trump three times in the last couple of days. This isn’t over.” 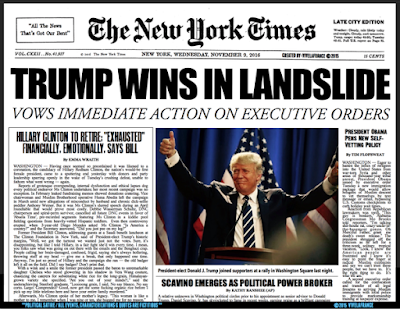 FiveThirtyEight in the US, which uses statistical analysis to produce a percentage chance of winning for each candidate, now rates Clinton at 88 per cent, based upon her widening lead in the polls, and at 85 per cent using its polls plus model.

Clinton’s lead in national US polls, and in the battleground states that are the keys to victory, have firmed amid continuing revelations over Trump’s past behaviour and his increasingly erratic public statements. However, Fortune magazine noted that the Brexit vote showed “polls aren’t as accurate as you think”, even as many US media outlets were declaring that Clinton’s lead of seven points and rising made her all but “unbeatable” with three weeks of campaigning to go.

William Hill’s odds suggest otherwise. They put Trump's chance of winning at 20 per cent and rising. One reason to take note of that: William Hill doesn’t have that many American clients. The odds therefore reflect what people without any horse in the race think will happen. Punters may have latched on to the similarity of the forces behind Brexit and the rise of Trump. They include years of flat or falling incomes, popular discontent with the establishments of both countries and a desire to make them pay.

John Mappin, the hotelier and part of the family that founded jeweller Mappin & Webb, stands to make £103,000 from the bookie should Trump win. Mr Mappin, who owns Camelot Castle in Cornwall, has already made a substantial profit from backing him to take the Republican nomination at 20-1.

“I’ve only ever placed one bet – this one,” he told The Independent. Explaining that his conviction was based on conversations with Americans and his experience working in the country, he continued: “I was on baby duty with my son when I watched Mr Trump announce his candidacy. I saw the media had got it wrong. They were saying the guy has no chance. They were saying he’s doing this for a joke. That’s not the case. His supporters, they’ve been watching media bullshit for years and they see through it. Polls are very rarely reliable. I am more confident than ever that Mr Trump will win.”


Those who view that prospect with horror can take some comfort from the fact that the odds say Trump is still a long shot to win the presidency. He’s just a lot less of a long shot than you might have thought. 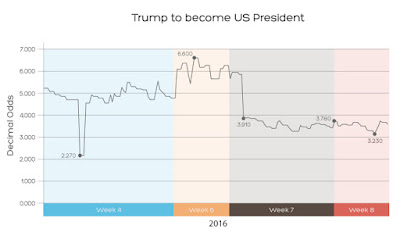