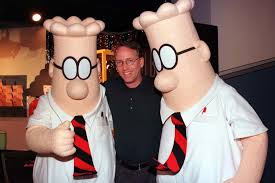 If you’re following the news, you know FBI Director James Comey announced that the FBI found a bunch of emails on Anthony Weiner’s laptop. There appears to be two main observations:

1. Comey seemed pro-Clinton when he dropped the initial email case.
2. Comey seems anti-Clinton this week because he announced a new round of investigations right before the election.

So, how can both behaviors be explained? As my regular readers know, the Persuasion Filter is related to the idea that the human brain never evolved to accurately comprehend reality. In order for us to be here today, our predecessors only needed to survive and procreate. They had no need to understand reality at any basic level. And we have no such need either.


That’s why you might believe you are reincarnated from a monk and I might believe my prophet flew to heaven on a winged horse but we can both get through the day just fine. Many different interpretations of reality are good enough for survival.

I like to describe reality as each person living their own movie, which works well unless our script’s conflict. When that happens, one of us goes into cognitive dissonance and rewrites our past to make the movies consistent. That’s how I see the world.

Last year in my blog I suggested that the most productive and predictive way to view reality is through what I call the Persuasion Filter. That’s what I have been using to make spooky-good predictions about the election so far. And that’s what I’ll use today to give you an alternate movie about James Comey. Compare it to the movie you are running in your head and see which one better predicts the future.

Back to Comey. I’m hearing several interpretations for these two observations:

1. Comey seemed pro-Clinton when he dropped the initial email case.
2. Comey seems anti-Clinton this week because he announced a new round of investigations right before the election.

How can both behaviors be explained? Or, as I like to ask, which movie does the best job of explaining our observations and also predicting the future?

Some say Comey is a political pawn in a rigged system. By that movie script we can explain why he dropped the initial email case. But we can’t explain why he’s acting against Clinton’s interests now. What changed? 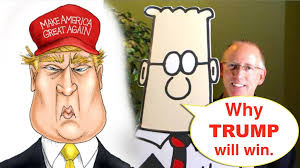 Well, some say Comey had to reopen the case against Clinton after discovering the Weiner laptop emails. If he failed to act, there might be a revolt at the FBI and maybe a whistleblower would come forward.

But that leaves unexplained why Comey detailed to Congress how Clinton appeared to be guilty of crimes at the same time he said the FBI was dropping the case. If Comey had been protecting Clinton on the first round, he would have softened his description of her misdeeds, wouldn’t he? But he didn’t seem to hold back anything.

And none of those hypotheses explain why the people who know Comey have high regard for his integrity. Comey also has the security of a 10-year appointment as Director, so he has a low chance of getting fired or politically influenced. That’s exactly why the job has a 10-year term. Given what we know of Comey before any of the Clinton emails, any movie that casts Comey as an ass-covering weasel is probably making a casting mistake.

So allow me to offer an interpretation of events that casts Comey as more of a patriot and hero than an ass-covering weasel. Compare my interpretation with whatever movie you have in your head and see which one works best for explaining and predicting.

My movie says Comey had good evidence against Clinton during the initial investigation but made a judgement call to leave the decision to the American public. For reasons of conscience, and acting as a patriot, Comey explained in clear language to the public exactly what evidence the FBI found against Clinton.

The evidence looked daming because it was. Under this interpretation, Comey took a bullet to his reputation for the sake of the Republic. He didn’t want the FBI to steal this important decision away from the people, but at the same time he couldn’t let the people decide blind. So he divulged the evidence and stepped away, like the action hero who doesn’t look back at the explosion.

In the second act of this movie, Comey learns that the Weiner laptop had emails that were so damning it would be a crime against the public to allow them to vote without first seeing a big red flag. And a flag was the best he could do because it was too early in the investigation to leak out bits and pieces of the evidence. That would violate Clinton’s rights.

But Comey couldn’t easily raise a red flag to warn the public because it was against FBI policy to announce a criminal investigation about a candidate so close to election day. So Comey had a choice of either taking another bullet for the Republic or screwing the very country that he has spent his career protecting.

In this movie, Comey did the hero thing. He alerted the public to the fact that the FBI found DISQUALIFYING information on the Weiner laptop. And he took a second bullet to his reputation. 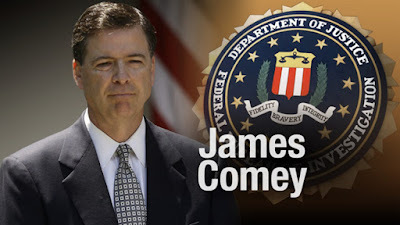 How do I know the new emails are that bad?

I start by assuming Comey is the same man now as the one who was carefully vetted before being hired to protect the integrity of one of our most important institutions. And even Comey’s critics concede he’s smart. So…

The way you know the new emails are disqualifying for Clinton is because otherwise our hero would have privately informed Congress and honored the tradition of not influencing elections. Comey is smart enough to know his options. And unless he suddenly turned rotten at his current age, he’s got the character to jump in front of a second bullet for the Republic.

According to this movie, no matter who gets elected, we’ll eventually learn of something disqualifying in the Weiner emails. And we can’t say we weren’t warned. Comey took two bullets to do it.

So compare this movie to your own movie and see which one does the best job of explaining the observed facts. And when we find out what is in the Weiner laptop emails, compare that news to my prediction that the information is disqualifying.


The Persuasion Filter says there is no prefered reality. We all see our own movies. In my movie, Comey’s has a consistent personality from start to finish. He starts out his career as a smart, competent patriot and he later proves it by taking two bullets for the Republic. If your movie script has Comey suddenly changing his basic character for this election season, don’t expect an Oscar.
Posted by Hla Oo at 5:42 AM