(News articles direct from The WASHINGTON TIMES in September 2016.) 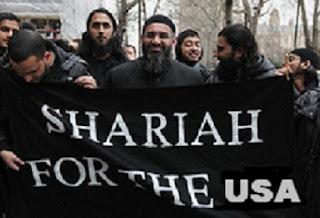 It’s Already Happening: Obama’s Muslim ‘Refugees’ Are Flooding In. A new report from the Republican-controlled Senate Subcommittee on Immigration and the National Interest will reportedly show that Obama has increased the flow of refugees by over 30%! This is scary.

Obama’s plan to “fundamentally transform” America is in full swing, as he continues to carry out his plan to import as many ‘refugees’ as he can from Muslim countries that are hostile to America, the West, and our way of life.


The report goes on to note that Afghanistan, Pakistan, and Iraq have seen the biggest increases in the number of green cards. But do we really trust the record keeping of these nations to be any better than that of Syria?

The Obama administration already admitted that they can’t properly vet refugees who come to America. And one of the Islamic terrorists who murdered 14 people in San Bernardino, California was a recent immigrant who was given a marriage visa. Obama is determined to do as much damage to our country as possible in his last few months in office.

No Christian Refugees: Only Muslims Get Green Cards

Barack Hussein Obama is flooding America with Syrian Muslim refugees, admitting only a handful of Syrian Christians. IN JUNE, the U.S. accepted more than 2,300 Syrian refugees, out of which only 8 were Syrian Christians, the majority Muslims. Syria was 10% Christian before the war. The Christians have been targeted and persecuted by several jihad groups, including ISIS and al-Qaeda linked al-Nusrah.

U.S. accepts record number of Syrian refugees in June despite terrorist screening worries. The U.S. accepted more than 2,300 Syrian refugees in June alone, sending the fiscal year total soaring past the 5,000 mark and putting the government on track to surpass President Obama’s goal of 10,000 by the end of September, but raising questions about screening out potential terrorists. 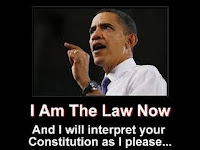 June’s numbers set a monthly record for the Homeland Security and State departments, which committed resources received earlier this year to streamline the process — in what critics say amounted to corner-cutting — to get back on track toward Mr. Obama’s political goal.

“I believe we will make the 10,000,” Homeland Security Secretary Jeh Johnson testified to Congress on Thursday, assuaging fears of some Democrats that the administration was going to fall short.

Of those accepted in June, more than 99 percent are Sunni Muslims. Just eight identified themselves as Christian, eight identified as a non-Sunni form of Islam, and one reported having no religious affiliation. Those numbers have drawn criticism because the percentage of Sunni Muslims is far greater than that of the Syrian population as a whole, which is about 75 percent Sunni.

Mr. Obama vowed last year to take 10,000 refugees as a way to help Syrians caught in a 5-year-old civil war, in which the Assad government, Islamist militants and Western-backed rebels are fighting for control of the country. Security officials warned that it would be difficult to check the histories of refugees, but Mr. Obama dismissed those fears and started the process.

It began slowly, but a surge of resources has put the refugee program on track. Michigan, which has a large Muslim enclave around Detroit, accepted more than 10 percent of the refugees in June. The South is increasingly a destination as well, with massive increases in Roanoke, Virginia; Columbia, South Carolina; Raleigh, North Carolina; and Nashville, Tennessee. Boise, Idaho, had the biggest surge by percentage, jumping from one refugee in the previous eight months to 20 by the end of June — a total of four more families.

“Since these families arrived just this month, they’re going through the process that any other refugee arriving in the U.S. or Idaho would go through,” said Jan Reeves, director of the Idaho Office for Refugees, which orchestrates resettlements in the state.

No security breaches have been confirmed, though there have been instances that have raised the temperature of the debate. In Twin Falls, Idaho, in June, online news outlets erroneously reported that Syrian refugee teens were involved in the sexual assault of a girl. Authorities now say the perpetrators were Iraqi and Sudanese teens.

Mr. Reeves said the misinformation was spread by a group of citizens in Twin Falls who have resisted refugee resettlement. “That was an inflammatory kind of response to a sad incident,” he said.

Also getting a spike in June was Roanoke, which went from one to 15 Syrian refugees for the fiscal year. Last year, Roanoke Mayor David Bowers, a Democrat, suggested his city resist efforts to resettle refugees because of a fear of infiltration by Islamic State terrorists. He was kicked off Hillary Clinton’s presidential campaign organization as a result of his remarks. Mr. Bowers didn’t respond to several requests for comment from The Washington Times this week on how his city is dealing with the refugees.

Syrian refugees have been placed in 167 communities, touching most states. But the District of Columbia — the seat of the federal government — has not received any refugees, according to the latest statistics. Refugees also have not resettled in Delaware, Vermont, Alabama, Mississippi, Arkansas, Montana, Wyoming, Hawaii, Alaska or either of the Dakotas. 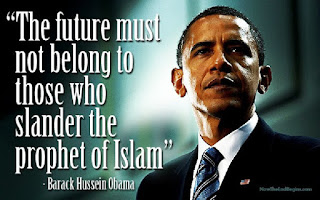 Refugees often come as families, and about half of those admitted in June were children younger than 14. About 10 percent were males ages 14 to 30 — the demographic most likely to be radicalized. The quickened pace of approvals also has analysts worried. They say nothing has been done to improve screening, so it’s unclear why the government feels more comfortable moving faster.

“It should be of great concern that these refugees are being processed so rapidly now,” said Jessica Vaughan, policy studies director at the Center for Immigration Studies. “It is no easier for the U.S. government to vet these people now than it was when FBI Director [James B.] Comey made his statement that it can’t be done. What has changed is there is now enormous pressure on the officers who are reviewing these cases to do it quickly. And that never ends well,” she said.

Fears of infiltration grew last year after at least one of those involved in the Paris terrorist attack was identified as a Syrian who sneaked into the country amid the flood of refugees into European countries, overwhelming governmental screening efforts.

Officials insisted screening was tighter in the U.S. because all refugees have to be vetted. They pointed to the success of the U.S. program in bringing Iraqi refugees as evidence that they could successfully operate in troubled countries. But in January, the Justice Department announced terrorism-related charges against two Iraqi refugees — one of whom was living in Syria at the time he was accepted into the U.S.

“This is being done really based on hope more than knowledge,” Ms. Vaughan said. The U.S. relies on a United Nations agency to identify potential refugees, then American officials conduct their own screening from that pool.

Republicans have accused international officials of skewing the pool toward Muslims, filtering out potential Christian refugees. But the U.N. High Commissioner for Refugees says it is not manipulating the numbers, and few Christians are registering with it in the first place.

The State Department admitted 80 Syrian refugees on Tuesday and 225 on Monday, setting a new single-day record as President Obama surges to try to meet his target of 10,000 approvals this year — sparking renewed fears among security experts who say corners are being cut to meet a political goal.

Officials insisted they’re moving faster because they’re getting better at screening, and say they’re still running all the traps on applicants. But the new spike in numbers is stunning, with more people accepted on Monday alone than were approved in the entire months of January or February.

“The Obama administration is on full throttle to admit as many people as possible before the time clock runs out on them,” said Jessica Vaughan, policy studies director at the Center for Immigration Studies. “This is the classic scenario when political expediency trumps prudence, and someone slips through who shouldn’t have, and tragedy ensues.”

Powerless to stop the civil war in Syria, Mr. Obama has instead offered the U.S. as a safe haven for those fleeing the conflict, promising to accept 10,000 refugees between Oct. 1 and Sept. 30. As of Tuesday evening, he’d approved 2,540 — an average of about 10 applications a day. To meet the 10,000 goal, that pace will have to spike to nearly 60 approvals a day.

Officials at U.S. Citizenship and Immigration Services, the agency charged with vetting the applications, and at the State Department, which gives final approval, insisted they can meet Mr. Obama’s goal without sacrificing security.

From February to April, the administration deployed extra staff to Jordan, where some 12,000 applicants referred by the U.N. were interviewed. Interviews of Syrians were also being held in Lebanon and Iraq, and both USCIS and the State Department said everything is going according to plan, with enough interviews completed that they can bring in 7,000 more refugees by the end of September.

“Increases in processing capacity have improved our capacity to meet the 10,000 target for Syrian refugee admissions for this fiscal year. As such, we expect Syrian refugee arrivals to the U.S. to increase steadily throughout the fiscal year,” a State Department officialsaid.

The department says refugees undergo the most checks of anyone applying to enter the U.S., and Syrians are getting as much scrutiny as possible. But pressure to speed up the process is growing. Last week Senate Democrats, led by Sen. Richard J. Durbin of Illinois, fired off a letter saying other countries are approving refugees at a quicker pace, and demanding the administration catch up.

“Refugees are victims, not perpetrators, of terrorism,” the Democrats wrote in their letter. That’s not always the case, however, as two men who arrived as part of the refugee program were charged with terrorism-related offenses in January.

One of those, Aws Mohammed Younis Al-Jayab, an Iraqi-born man, was living in Syria when he was admitted as a refugee in 2012. The State Department counts him against its Iraqi refugee program, not against the Syrian refugee program.

The Obama administration has repeatedly cited the Iraqi program as evidence that it can safely admit refugees from Syria. But security experts say the U.S., by dint of the long war in Iraq, has access to government databases, and a presence on the ground, to assist in checking out would-be refugees’ stories.

No such access exists in Syria, where the U.S. considers the current regime an enemy and much of the country is occupied by the very terrorist forces from Islamic State that the U.S. is fighting.

Critics say the Obama administration has been too heavily focused on Muslim refugees, while hundreds of thousands of Christians are left behind. The latest statistics show only a dozen Christian refugees from Syria have been accepted so far — a rate of less than half of one percent. The overwhelming majority — more than 97 percent — are Suni Muslims.

Congressional Republicans have called for a slower approach to admitting refugees, but have been powerless to stop Mr. Obama. Democrats filibustered a proposal to require the chiefs of Homeland Security, intelligence and the FBI to sign off on every refugee’s application.

The House will take another step Wednesday, as the Judiciary Committee votes on legislation requiring USCIS to check the social media profiles of all applicants seeking visas from suspect countries.


States have also tried to block Mr. Obama, renouncing agreements to work with the administration to resettle refugees within their borders. Texas even sued to try to bar resettlement, but a federal court rejected the lawsuit, saying the state didn’t have standing.
Posted by Hla Oo at 7:24 AM