(News article direct from the Chinland Guardian on October 5, 2013.)

05 October 2013: Chin Christian Pastor Mya Thein, from Kyaukphyu, has been treated for his knife injuries at a clinic after being attacked in Shwe-hlay Bengali-Muslim village, Arakan (now Rakhine) State.

The pastor said a mob of Muslims including children and women struck him with bamboo sticks and knives, and threw stones at him while passing through the village on a motorcycle-taxi.

He said he had escaped with driver Ko Yan Naing as the mob stormed their taxi (motorcycle) near the Shwe-hlay Police Station. In a video interview, he said: "I was aware of the violence but when I asked the security officer at Shwe-hlay bridge, I was told that it was safe to travel."


The incident happened while he was on his way to attend a Christian meeting to be held in Thandwe, about 20 miles from Shwe-hlay. He said he didn't get any protection and help from the security officers and police forces although they saw him being attacked.

"I am just wondering who gave the authority to attack people like this," the pastor said.

Similarly, 40-year-old Thaung Shwe said in the Irrawaddy that he was attacked last Tuesday by a group of Muslims including some women while crossing Shweli village. At least five Muslims have been reported killed and dozens injured in recent sectarian violence which broke out between Buddhists and Muslims last Saturday in Arakan State.


(Yan Naing the Yakhine-Buddhist cycle-taxi-man whose lungs were punctured by the Muslim knives and Muslim sharpened-bamboo-spears is now dying in Thandwe hospital.) 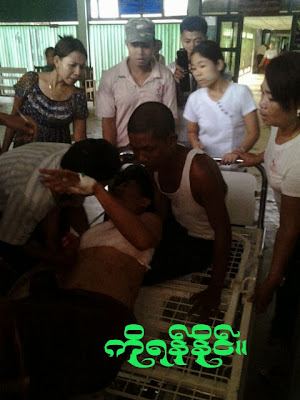 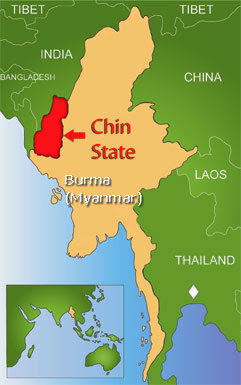