(Compilation of translated news from various Burmese and Kachin blogs this week.)

Heavy fighting has recently re-started between the Army troops and KIA (Kachin Independence Army) insurgents in the KIA-controlled area by China-Burma border despite the frequently on-and-off peace talks between two long-term foes.

According to the army’s official site Myawaddy a fierce battle started when troops from Burma Army’s Ma-pa-kha Command tried to stop illegal logging activities near the KIA-controlled Mone-dain-par Village of Mansi Township in Bamaw District.

There were intensive clashes between KIA 12th Battalion and Burmese Army units from Northern Regional Command on October-22. According to a senior officer from Army’s Northern Command (Ma-pa-kha) army units were sent into KIA-controlled area in the Mansi Township of Bamaw District to arrest the illegal loggers there.


Illegal Logging Camp or A Refugee Camp at Mone-dain-par?

“What happened was basically an operation to clear the illegal loggers off the area near Mone-dain-par Village in Mansi. We had the intelligence that illegal loggers had been operating a huge logging camp there.

So we sent the troops there and caught them all red-handed. We caught more than 400 tons of illegally-felled logs and many logging equipments and trucks from the Chinese loggers there too,” explained a senior army officer from Myitkyinar-based Ma-pa-kha Command.

Despite all the photographic evidence from army the KIA has still rejected the army’s explanation and denied the existence of their illegal logging operation.

KIA has steadfastly accused the army of attacking one of KIA-controlled so-called refugee camps in the area. They claimed that the area was formerly the headquarters of KIA Battaion-12 now operating as guerrilla units in the area to protect the refugee camps.

“What we know was the fighting started at about 10 am on October-22 near the abandoned village called Bran-kyone. In the Mansi Township, Bamaw District. Our forces involved were from Battalion-12 under KIA Third Brigade.

The soldiers then attacked the Mone-dain-par village and they forcefully gathered all the villagers and the refugees into the village church and took away all their hand-phones. They accused some villagers of being KIA guerrillas and arrested and tortured them.

We immediately called U Aung Min (the senior government minister responsible for peace negotiations with armed-ethnic-insurgents) and also the Ma-pa-kha and told them what really had happened.

Our KIA HQ is also trying to contact directly to the Army Ma-pa-kha Command in Myitkyinar to solve the problems together with the army,” stated U Doung Khar from the KIA Representative Office in Myitkyinar.

According to the army and KIA sources the TOC-1 was one of six Special TOCs now trying to confront and wipe-out the KIA Brigade-3 active in the Bamaw District. All six special TOCs from Burma Army are directly controlled by Lt. General Myint Soe the Chief of the BSO (Bureau of Special Operations) responsible for the insurgent-suppression in Kachin State.

He also sat at the last peace-talks table together with KIA Chief General Gun Maw. That’s the “Fire in one hand and water in the other” motto and policy of Burmese Army. Something akin to the Roosevelt’s “Carry a Big Stick and Talk Softly” policy.

Is Army Clearing the Area around Chinese Pipeline?

The KIA-controlled front organization Kachin Peace Network has also accused the army of deliberately clearing the KIA troops from the area around newly-constructed Chinese Gas and Oil Pipeline.

“We can easily conclude that the real purposes of all the army operations there are to protect the Chinese Pipeline and other Chinese projects in our Kachin Land,” declared May Sabae Phyu the
Kachin woman coordinator from the Kackin Peace Network.

According to her the violent clashes restarted again just ten days after the peace talks in Myitkyinar on 8 to 10 October where a seven points cease-fire agreement was signed.


“Army issued the statement that the clashes were the result of army units arresting the illegal loggers. But we believe the real reason was to rid the KIA troops there as the area where clashes are now occurring is the strategic location. 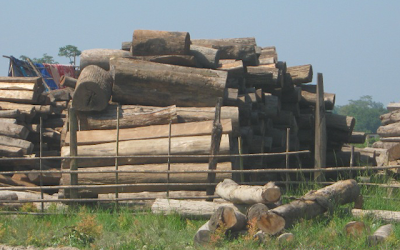 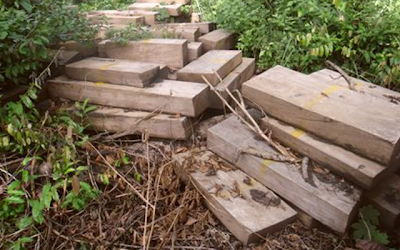 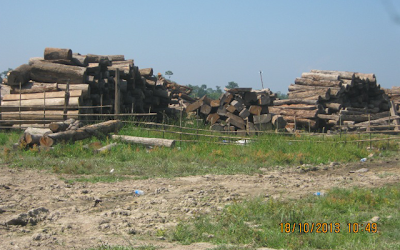 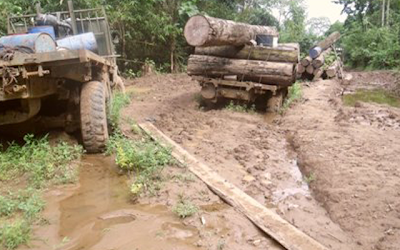 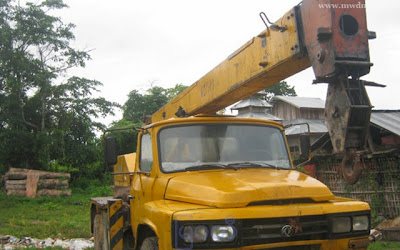 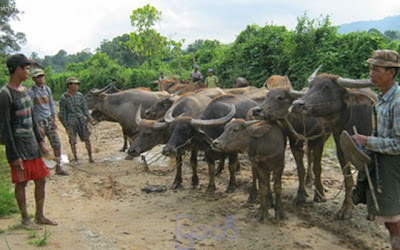 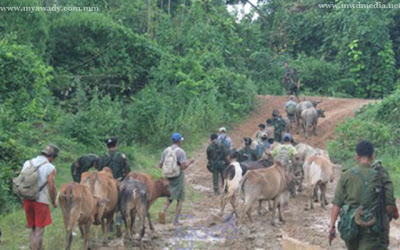