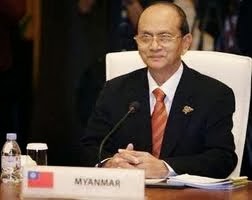 On the other side various theories of good economic management haves become truly influential and the nations’ emphasis is more on the results-based economics. Clearly not on the ideology-based political economy.


If one looks back at all the dictatorships of this world, only one out of 100 dictators had ever been good for his people. To avoid those 99 bad dictators our world has transformed into democracy where people has chosen their own governments.

It is true that in any democracy people have achieved freedom and equality. But achieving economic prosperity is a totally different matter as there are so many different kinds of democratic system.

We have overcome the blight from last twenty years of our political difficulties. Our Parliament is truly alive and vigorously performing. Political movements, political parties, NGOs, INGOs, and many other civil-society organizations in our country are now truly free and thriving well beyond our expectations.

International relation is rapidly enhanced and developing very well. Human Rights situations have been greatly improved. Almost all international trade-and-economic sanctions have been removed. The cease-fire agreements with all armed-insurgents have been implemented. Nation-wide permanent peace accord with ethnic-insurgents is getting closer and closer to materialize.

I have to say that the political results achieved by this government have exceeded well beyond the expectations of our people and also of ever-watchful international community.

The undeniable fact that our government is seriously considering the parliamentary proposals for amending 2008 Constitution and the reduction of 25% military representation in parliaments is exceeding the expectations of outside world.

By acknowledging that resounding political achievements and by labelling our president U Thein Sein as an “Icon of Reform” international community has clearly accepted these political results as extraordinary. 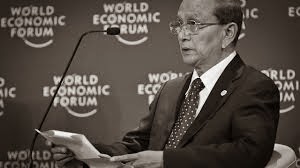 Despite those extraordinary political outcomes I have to say that our economic results are not that much encouraging at all. Unemployment is not drastically reduced. Individual’s income also is not growing much. Right now the employment opportunities are not that great at all.

FDI the foreign direct investment is extremely crucial for our domestic economic development. To attract FDI we must show the foreign investors that they are not taking unnecessary political risk by directly investing in our country.

To analyse why we still do not achieve substantial economic results we need to look through following four point-of-views (POV).

Firstly, our economic policies are not the best ones yet but are also not the below-standard ones. But I am doubtful that we have the result-oriented policies or overall-coordinating policies when it comes to linking various sectors of our economy.

We must have economic policies governing every sector of our economy. From there we need to have NEP the National Economic Policy to integrate these sector-wise policies into the overall economic policy covering the whole economy.

But most of our senior bureaucrats are still busily immersed in the day-to-day management activities. Some do not even aware of the Public Policy and many do not know the difference between the Administration and the Management. Our bureaucracy also has weakness in utilizing the technocrats and they still do not know how to cooperate practically with the academia.

Frankly I would like to point out the fact that our reforming of administrative mechanism is off the ground and running but it still hasn’t even reached the middle yet let alone the top spot. Decisive reforms and effective punishments are unavoidably needed in our administrative bureaucracy.

We already knew that by establishing an appropriate organization watching over the bureaucracy and punishing it severely for its misdeeds and letting the people know promptly will bring good results in reforming the bureaucracy.

Finally the strict implementation. It doesn’t matter how people said that the positive approach is a good motivational management the most effective management tool is Hire and Fire. The government has to be more aggressive in second-half than first-half of its five years term.

The rust from last 50 years of mismanagement couldn’t be rubbed off easily by a mild soap solution. We need a strong detergent to wipe it clean.

Accepting the Culture of Democracy

But I have to admit that our government accepting and practising newly-found democracy is very satisfactory for all of us. Most of us didn’t even expect that we would go this far democracy wise.

Freedom of expression, literary freedom, and freedom of mass-gathering have been allowed well beyond our original aim. Completely abolishing the Literature Censor Board, once acknowledged as the biggest challenge and most impossible to achieve, was one of the hallmarks of this government’s no-turning-back character.

Letting INGOs and former Burmese exiles back into the country without restrictions also was a huge democratic change. Especially our government’s filling important government positions with Burmese expatriate experts had pleasingly surprised the International community.

People are now saying that the intensity of ongoing democratic reforms in Burma is far advanced and speedier than any other comparable countries in the world’s history. We can even say that we are capable of bringing even better results beyond anyone’s expectation in very near future.

Our president naturally is very cool and calm man. He has a natural tendency to forgive easily. He has no economic self-interests normally prone to corruption. I could easily see that he really wishes to overcome this difficult transitory reform period without costing too much for his nation and his people.

But, hey, politics is politics, and a president is a president. To get good results we must pay what we have to pay. He needs to use more experts and more technocrats than what he is employing now.  He has to give them strict performance and outcome targets and if they achieve the targets they are to be handsomely rewarded and if they do not they are to be severely punished.

He has to establish more watchdogs to watch over them senior economic managers sand technocrats for the proper running of the administrative mechanism. He has to listen more to the academia and the managers and the expatriate experts. He has to take in more and more advices from them.

To have a bureaucracy that is hard-working and honest and incorruptible is the most important job for every government to keep the wheels of government running smoothly. And right now our government has not much time for fixing the crooked pinion wheels of that bureaucratic mechanism.

Instead of telling them what to do our government has to lead them exemplarily by showing them how to do it. We are to show them clearly that if anyone not willing to participate in current reform process will be left out. Once the government is able to run the administrative wheels smoothly, that will definitely have a considerable impact on the running of our economic wheels.

I am just pointing out the fact that to get better results in both administrative and economic sectors we need the result-oriented policies. The credibility of our president will rise once our economy advances significantly.

Peace and stability is the most important basics especially for the economic development and prosperity of our newly-democratic nation. And my conclusion is that we must tackle and punish much harsher than before any lawless and anarchic activities that will disturb the peace and stability of our nation. 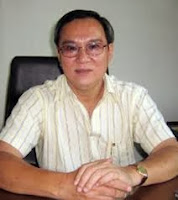 (Dr Nay Zin Latt is a well-known columnist regularly contributing socio-economic and general-knowledge articles in various Burmese magazines and journals such as Shwe-Amyu-Tay and CEO. He is the President of both AMBO -- Asian Myanmar Business Organization -- Co. Ltd, and AMBO Hotels Group in Rangoon, Burma. He is also serving as the General Secretary of Myanmar Hoteliers’ Association.

He is also the most-spoken member among three presidential political advisers from the Presidential Advisory Board of Burma’s President Thein Sein, a former army general and the last Prime Minister of now-defunct SPDC Government.)