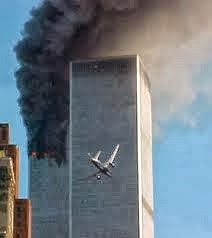 Bringing down an airliner continues to be the Gold Standard of terrorism. If anyone thinks that our enemies have “been there, done that” and are not targeting US commercial aviation -- think again.

There have been several cases recently throughout the industry of what appear to be probes, or dry-runs, to test our procedures and reaction to an inflight threat. A typical example is an incident that occurred just a few days ago one of our flights from DCA-MCO.

A group of Middle-Eastern males boarded in DCA. Shortly after takeoff, one got up and ran from his seat in coach towards the flight deck door. He made a hard left and entered the forward lav, where he stayed for a considerable length of time! While he was in there, the others got up and proceeded to move about the cabin, changing seats, opening overhead bins, and generally making a scene. They appeared to be trying to occupy and distract the flight attendants.

There is another interesting twist to this case. It just so happens that on the return flight from MCO - DCA, with the same flight number, a group of 8 Middle Eastern females -- concealed in full burkas -- were in the boarding area for the flight to DCA. This flight did not have a FAM team, even though it was supposed to have a significant VIP aboard. (He was rebooked when all these details were made known to his security detail.)

There was a FAM (Flight Air Marshal) team aboard the DCA-MCO leg, and they thought it serious enough to get up and “make their presence known.” Without getting into details of the procedures used, suffice it to say that they dealt with the situation in no uncertain terms.

The Captain demanded that the aircraft be given a complete security inspection by the TSA, station security, and had the entire airplane searched with bomb dogs before leaving MCO. Of course, the Company resisted. However, the Captain prevailed, and guess what? Evidence of tampering was found.

Islamic terrorists have a thing about significant dates, and it just so happens that the 12th anniversary of 9/11 is in a few days. Do you remember that day? You can bet The Enemy does. Remember Benghazi? That’s when the US was attacked again on the 11th anniversary of 9/11. (And no, it was not about an anti-Muslim video.)

Right now the Middle East is burning as the “Arab Spring” turns into the Arab Winter and the conflagration is consuming an entire region of the world. Tensions are high -- and that is when bad things happen. Whatever the US does in the Middle East will be used as an excuse to kill Americans. As always, but especially now, keep the safety of your passengers and crew a top priority. Don’t cut corners. Captains, brief your crew on security procedures.

Talk to the flight attendants about being watchful of suspicious passengers and how to communicate with the flight deck.

Ensure the FAM/LEO boarding procedures are followed and you know where the good guys with guns are.

FFDOs, now is not the time to leave your equipment at home.

ALWAYS, ALWAYS use the cart as a barrier when the flight deck door is opened in flight because, ladies and gentlemen, if a bad guy gets into the cockpit (it only takes 2 seconds!) and another 9/11 happens -- its GAME, SET and MATCH in favor of the bad guys!

Don’t be “the one” who lets the Company pressure you into taking a flight you are not comfortable with. Any time you are acting in the interest of safety or security you are fulfilling the duties of a pilot as described in FAR 121 and the FOM.