(Fouad Ajami’s Op-Edarticle direct from the Jakarta Globe on October 16, 2013.)

The picture on the front page of Saturday’s New York Times was worth a thousand words. Young Pakistani girls, one of them clutching a notebook, were awaiting the news from Oslo. Their heroine, Malala Yousafzai, was in the running for the Nobel Peace Prize.

They were to be disappointed. The Organization for the Prohibition of Chemical Weapons headed by Ahmet Uzumcu a Turkish Muslim was given the honor.

True to form, the committee awarding the prize was back at it, supremely political in the picks it makes. There had been the anti-Bush awards — Jimmy Carter, Al Gore and Mohamed ElBaradei and the International Atomic Energy Agency he presided over.

And in 2009 came the baffling choice of President Barack Obama. He hadn’t even had time to unpack his luggage at the White House; he hadn’t brokered peace deals or ended wars. But the folks in Oslo were keen to make a splash.


(How about Burma’s Aung San Suu Kyi getting a surprise peace-Nobel in 1991? It surely was a blatant political intervention in the complex domestic affairs of then military-ruled and seriously war-torn Burma. Now in Malala’s case, the European Socialists and the Norwegian Socialists who control the Nobel Prize do not want to offend the Muslims – from the Taliban rapist-killers all the way to Saudi-funded OIC the Multinational-Muslim-Mafia.)


On the face of it, the choice of the chemical weapons watchdog seems perfectly benign. After all, the 2012 award had been given to the European Union. But the Nobel Committee has its sly ways. This year, the award went to an organization whose inspectors have been dispatched to Syria to find and destroy chemical weapons. As with Obama, the prize was given before the mission had borne fruit. 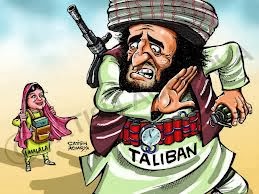 There is no guarantee of success in Syria. If the history of rogue regimes with deadly weapons is a guide, then the Bashar al-Assad regime can be counted on to play cat and mouse with the inspectors, to play for time as Syria’s rulers pose as partners in the disarmament effort. The hunt for chemical weapons was a way of forestalling a US attack on a dictatorship that had broken all the codes of war.

What girls in the Muslim world thought and hoped for was of no concern to the selection committee, which knew what it was doing. But let us — in the fashion of The Tablet magazine, which, unimpressed with the selection of Alice Munro for the Nobel in literature, “gave” the award instead to Philip Roth — announce that Malala won.

The news release would have been stirring. It would have celebrated the recipient’s age — Malala is 16; the average age of the winners had been 62. It would have hailed the schoolgirl’s courage and resilience. It was only a year ago that a would-be assassin boarded Malala’s school bus in the Swat Valley in Pakistan and shot her point blank in the head. The shooter had asked for her by name. She had given an amazing answer: “I am Malala.” (This would become the title of her memoir.)

Tranquil, wealthy Oslo would have done a world of good for modern Islam, because Malala had come to embody the cause of freedom for young Muslim girls. Upon reaching puberty, girls throughout the Muslim world enter into a kind of bondage. What freedom they knew is taken away. They become temptresses, the enforcers of misogyny maintain, and social virtue demands their seclusion. 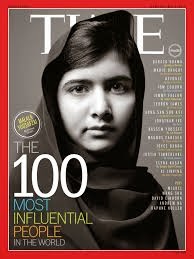 The Taliban on both sides of the Afghan-Pakistan border are a breed apart in their fierce oppression of women. Their world view, it seems, rests on keeping women separate and under lock and key.

As her biography has it, Malala, the daughter of an enlightened educator, ran afoul of the Taliban by speaking out in favor of the education of girls. At 11, she kept a diary for the BBC about her hopes and daily routine. She was articulate, and foreign reporters and dignitaries were drawn to her. The assailant who boarded her school bus had been dispatched to serve a warrant on the very idea of modernism.

Malala would not be silenced. She was taken to a British military hospital in Birmingham and she recovered. Last July she turned up at the United Nations, delivering a speech with startling composure.

“So here I stand, one girl among many,” she said. By then, she knew she had become the standard-bearer in the fight against the afflictions that torment Islam. She didn’t want to be herded into an early marriage; she didn’t want to be silenced. She sought the company of books and the joys of learning.

There is something odd about the place of women in the Islamic world today. Things were a good deal better for them in the early and middle years of the last century. This repression, this phobia, has come with the rise to power of the Islamists — half-educated men who take the faith literally and employ the techniques of modernity in their war against it. 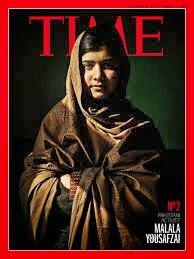 The tale repeats from one Muslim country to the other: the journey toward modernity broken in the 1980s. Religious bigots rose, mainly in the crowded cities, newly urbanized men who weaponized the faith and bent it to their needs.

Malala’s birthplace, Pakistan, was once freer than it is today. The first three decades of its national life (1947 to the late 1970s) were dominated by a secular culture. The nation’s founder, Muhammad Ali Jinnah, had meant Pakistan to be a state for the Muslims but not an Islamic state — a crucial distinction. A stern soldier, Muhammad Zia-ul-Haq, seized power and imposed a stultifying mix of despotism and religious conformity.

Malala matters. Onto her, untold millions can project their hopes for a dignified life within the faith. If Islamic modernity is to have a chance, Malala should be embraced by Muslims from Morocco to Indonesia. In her modesty and dignity, she should be Islam’s beloved daughter, her journey a return to the early promise of Muslim modernism. 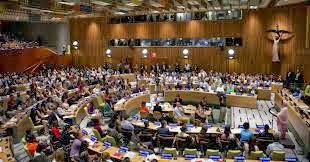 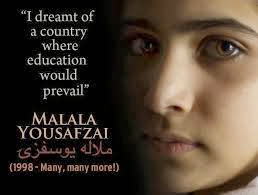 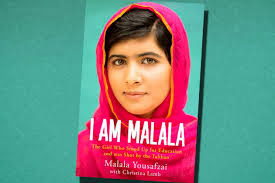 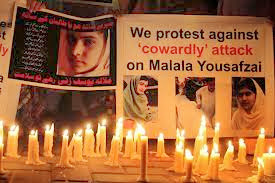 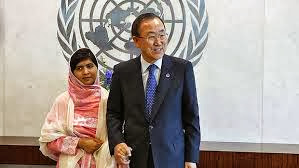 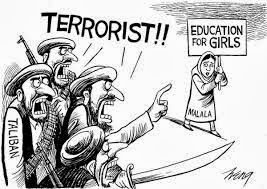 Upon hearing that acclaimed teen activist Malala Yousafzai had not won the Nobel Peace Prize (as many had expected her to), the Pakistani Taliban lauded the prize committee for its decision, according to a statement from spokesperson Shahidullah Shahid.

The group applauded the Nobel Prize committee for "not selecting this immature girl for this famous award" and called the decision "very good news," NBC News reported. "This award should be given to the real Muslims who are struggling for Islam. Malala is against Islam. She is secular," Shahid told the AFP in a press call.

Yousafzai, who recently went on the "Daily Show With Jon Stewart" to speak about her experiences and tribulations while working to improve the education system for girls in Pakistan, has received death threats. Last year, she was shot while sitting on a school bus.

After the shooting, Yousafzai was flown to the U.K. for immediate medical attention. Shahid was quoted by NBC News as saying that the militant group known as Tehreek-e-Taliban will make another attempt on her life.

"If we get another chance, we will definitely kill her and that will make us feel proud," Shahid said.

OIC has been conspicuously silent on Malama Yousafzai

After hearing that she had not won the Nobel Peace Prize, Yousafzai posted a positive message on Twitter, congratulating the Organisation for the Prohibition of Chemical Weapons.

How did our OIC respond to the Norwegian Nobel Committee's decision not to award Malala this year Nobel Peace Prize?

In addition to not forcefully rejecting and condemning the Taliban's attempt on Malala's life OIC the Global Islamic Mafia appears to be quiet happy that Malala was not awarded the Nobel prize for Peace.

He was Vice-President of the Socialist International and Chair of the Organisation's Board when Willy Brandt was President. Jagland also chaired its Middle East Committee for 10 years. Furthermore, Jagland was one of five members of the Mitchell Committee appointed by President Clinton and Secretary-General Kofi Annan to advise on how to end violence in the Middle East.


Why U Thant never received the Nobel Peace Prize? 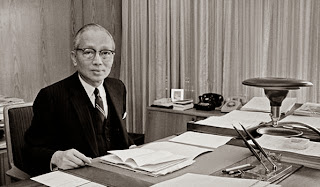 In 1965 everyone on the Nobel Peace Prize Committee favoured awarding that year's prize to U Thant, in part for his work in defusing the Cuban Missile Crisis and for his ongoing search for a peaceful settlement of the Vietnam War.

Everyone except the chairman - Norwegian politician Gunnar Jahn - who vetoed giving the prize to U Thant.

U Thant was actually informed by the Norwegian Mission to the UN in early October 1965 that he would be that year's prize winner, but after Jahn's adamant opposition, the award was given to UNICEF. In 1966 and 1967, the Committee remained deadlocked over whether or not make U Thant a Nobel Laureate. As a result and very unusually, in 1966 and 1967 no Peace Prize was awarded to anyone.