MSF’s Statement On Its Shutdown By Burmese Govt.

Amsterdam, 28 February 2014 - Médecins Sans Frontières Holland (MSF) has been ordered by the Union Government of Myanmar to cease all activities in the country. MSF is deeply shocked by this unilateral decision and extremely concerned about the fate of tens of thousands of patients currently under our care across the country. 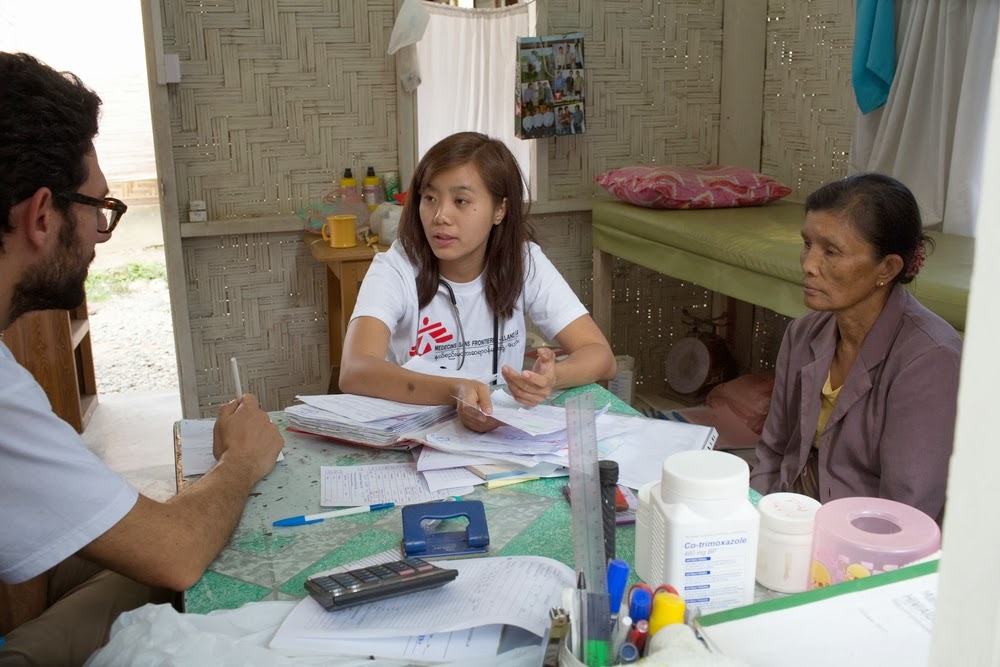 This decision by the Union Government will have a devastating impact on the 30,000 HIV/AIDS patients and more than 3,000 TB patients we are currently treating in Myanmar.

In Rakhine state, MSF was unable to provide basic healthcare to the tens of thousands of vulnerable people in camps displaced by the ongoing humanitarian crisis or in isolated villages. This includes facilitating life-saving referrals for patients that require emergency secondary hospital care to Ministry of Health facilities, as well as family planning and care for pregnant women and newborn babies.

There is no other medical non-government organisation that operates at the scale of MSF with the experience and infrastructure to deliver necessary life-saving medical services.

In our 22 years of presence in Myanmar, MSF has proven that we deliver healthcare to people based solely on need, irrespective of race, religion, gender, HIV status or political affiliation.

Since 2004, MSF has treated over 1,240,000 malaria patients in Rakhine state alone, where the disease is particularly endemic. Like HIV/AIDS and TB, malaria knows no ethnic boundaries.

From January-30 to February-3, 2014 the Myanmar Human Rights Commission had visited the region and met with local MSF personnel. The MSF there again stated to the MHRC that in connection with the Du-ch-yar-dan Massacre they have so far treated one person with gunshot wounds, four persons with blunt object wounds, ten person with sharp-blade wounds, and seven persons suffering traumatic mental shock, all of them Bengali-Muslims from the Du-chi-yar-dan Bengali-Muslim Village.

When MHRC asked for the patient-list as a documented-proof and also criminal evidence the MSF refused to provide the list by citing their humanitarian assistance nature and their strict medical confidentiality agreement with the patients.

When probed further by the MHRC concerning the lone patient with serious gunshot wounds the MSF leadership stated that they didn't inform the local police and local Helath-Administration-Deaprtment as required by the law and also they didn't really know what happened later to that patient as they just told him to go to the Maungdaw Hospital.

When the Divisional Administrator and Township Health-administrator both interrogated  the two locally-employed doctors from the local MSF-clinics later both doctors admitted that they had never treated such wounded Bengali-Muslims in their clinics. Our world famous Médecins Sans Frontières clearly has been lying to the world.)