(Translated articles and photos direct from The MAPIM and The Narinjara News.) 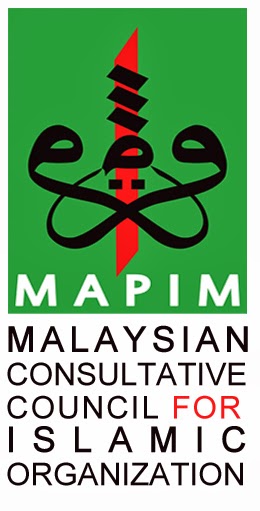 Burma’s Federal Government and Yakhine State Governent have so far co-operated with MAPIM agents and allowing them free movement in Burma and Arakan (Yakhine State) despite knowing very well their intention to spread Islam violently in predominantly-Buddhist Burma.


But recently they tried to venture into the restricted area in Sittwe to incite racio-Religious tensions and an ugly incident occurred between three MAPIM’s Malay-Muslim activists and local Yakhine-Buddhist crowd in the night of February-20 at Sittwe the capital of Yakhine State.

(Following news report (translated) was from the Narinjara News Agency posted on February 21, 2014.)

An ugly incident broke out in Sittwe last night after a group of Malaysian nationals (apparently Malay-Muslims) sneakily entered the tightly-restricted area of Inbarlar (Aung-min-galar) Bengali-Muslims Ward in Sittwe.

Inbarlar is the last remaining Bengali-Muslim enclave left in Sittwe after most Bengali-Muslim illegals were driven out of Sittwe into the refugee camps on the outskirt of the city during the July-2012 Buddhist-Muslim clashes all over Arakan.

Most Muslims have left Inbarlar Ward but still about 6,000 Benglai-Muslims so far have stubbornly refused to leave the ward for the camps. For their safety and also to prevent further riots between them Bengali-Muslims and local Yakhine-Buddhists Burmese authorities have cordoned off the Bengali-Muslim ward and access has been tightly restricted.

But in the night of February-20 MAPIM’s Malay-Muslims accompanied by a two-men crew from a Malaysian Islamist TV station were smuggled into the Inbarlar Bengali-Muslim Ward by their contacts from the Ward.

This was what Khaing Kaung Zan a local Yakhine-Buddhist and eye witness told the Narainjara News Agency in Sittwe today.

“The Malaysian foreigners secretly went into the restricted Aung-min-galar Ward last night. But the security-police manning the barricades found out about their illegal entry and immediately caught them and returned them to Mya Guesthouse where they had been staying while in Sittwe. But the news spread so fast and many people gathered at the Mya Guesthouse and demanded them Malaysian-Muslims to be handed to them. The Buddhist crowd might be at least a hundred men there,” recalled Khaing Kaung Zan.

He added that the time of incident was at about ten last night and the siege of Mya Guesthouse basically had shaken the town with fear and loathing of Bengali-Muslims and their Malaysian-Muslim instigators.

But just before the midnight the angry Buddhist crowd had dispersed as the curfew time approached and the police also guaranteed them that the severe actions against the Malaysian-Muslims would be taken in accordance with the law.

“The people were demanding police to confiscate their cameras and notebooks and also to release the Malaysian-Muslims into their hands. Of course our police refused and told the crowd that the Malaysians would be lawfully charge. And the crowd later dispersed and went back homes,” said Khaing Kaung Zan.

But the Security-Police presence at the Mya Guesthouse was still heavy at the time of this report as the security all over Sittwe has been tightened significantly since the arrest of Malaysian-Muslims and their TV camera crew.

Following was what Rohingya-Blogger -- the Saudi-funded Bengali-Muslim mouthpiece working together with Malaysian MAPIM to incite racio-religious unrest in Arakan -- had posted on their site of the MAPIM incident at Sittwe in the night of February-20.

Three representatives from Malaysia-based MAPIM had escaped from the clutches of Yakhine extremists on February-20 and returned to Malaysia safely.

Altogether seven members of Malaysia-based NGO MAPIM arrived in Sittwe on February-19 with the permission from Burma Government. Three had stayed temporarily at Mya Guesthouse and at about 4 pm February-20 Mohamed Fithri Ahmad and Muhaimin Samad from Malaysia’s TV AlHijrah went into Aung-min-galar Ward and observed the rapidly deteriorating situations of local Muslims there.

After their return from Aung-min-galar Ward and while back at the Mya Guesthouse they were confronted by a large group of Yakhine extremists. The extremists were on the verge of attacking the MAPIM TV crew and grabbing their cameras and notebooks when about 50 Security-Police arrived and controlled the volatile situation.

All MAPIM men were then rounded up by the Burma Security-Police that night and taken to Sittwe Police Station. They were then transported back to Rangoon by air next day and from there deported back to Malaysia the same day. 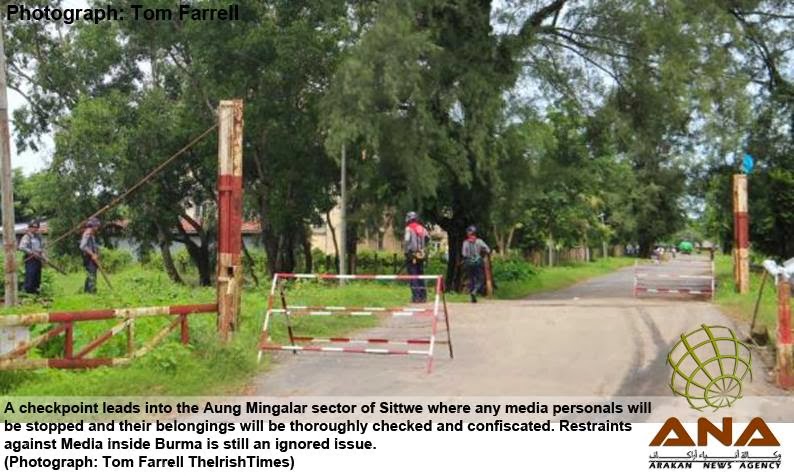 MAPIM’s Own Explanation of The Sittwe Incident

Humanitarian Aid Mission In Myanmar To Continue Despite Opposition – MAPIM:

MAPIM president Mohd Azmi Abdul Hamid said although the recent mission failed due to opposition from Buddhists extremists, it would continue to send aid missions and work with the Myanmar government and parties in the country.

On Thursday, three members of the mission were surrounded by about 100 extremist Buddhists at their hotel and had to be rescued by local authorities.

Mohd Azmi was speaking to reporters after welcoming the return of five MAPIM members who arrived from Myanmar, here last night.

Zulhanis who went to Myanmar on Tuesday said they were at Sittwe Hotel at 9pm on Thursday when told some 100 Myanmar extremists were looking for them.

"We were ordered to go to Mya Guest House immediately to explain to the group of extremists on our presence there," he told reporters today.

Zulhanis said Myanmar police accompanied them to meet with the extremist groups at Mya Guest House.

"On arrival, we saw group of people in front of the hotel with some carrying weapons such as parang. We were taken to a room by Myanmar authorities and quarantined until the situation calmed down."

He said Myanmar police helped settle the matter with the extremist groups and showed them all the documents approved by the authorities of Rakhine.

"However, the group of extremists refused to disperse until at midnight, which is the curfew time in the area. The police made sure it was safe and then brought us to the police quarters near Sittwe Airport where we were stationed before being deported."

Zulhanis said the bad experience did not dampen his spirit to continue to help the Rohingyas. Mapim sent a humanitarian aid mission to the same area in June last year and did not encounter any problems.

(Blogger’s note: Apparently the Malaysian-Muslim agent-saboteurs from MAPIM were trying to make a documentary highly inflammatory to incite the world’s Muslims and attract substantial donations from them to MAPIM by exaggerating the suffering of Bengali-Muslim Illegals (so-called Rohingyas) in Sittwe’s Inbarlar Ward.


And they got what they want plus some more inflammatory footage of the Yakhine-Buddhist crowd trying to lynch them. The Malaysia’s TV-1 is broadcasting tonight the so-called exclusive footage of MAPIM’s TV Crew’s brush with near-death in very-scary Sittwe of Burma’s Arakan.)
Related posts at following links:
Bad Malaysian-Muslim in Burma: Mohamad Amarasinge
Sittwe is Muslim-Free for 438 Days Today
Posted by Hla Oo at 12:37 AM