(The OP-ED article direct from The GATESTONE INSTITUTE on February 19, 2014.) 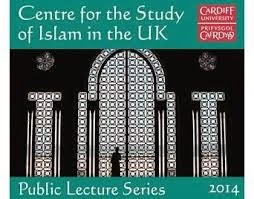 British Academia Legitimizes Extremist Speakers: What chance do Muslim and non-Muslim students -- who oppose the incitement to hatred against non-Muslims and the subjugation of women -- have of exposing extremists such as Al-Kawthari, if he is pronounced a "representative voice of Islam" by academics who claim to be experts on the British Muslim community?

Extreme Islamic preachers do not only appear on university campuses at the request of radicalized students; increasingly, extremists are afforded a university platform, with all the credibility that comes with it, by the academics themselves.


The Centre for the Study of Islam, based at the University of Cardiff in Wales, for instance, has recently announced a lecture series starting this February. The Centre was opened in 2005 by Yusuf Islam, the former musician known as Cat Stevens who has called for apostates and adulterous women to be stoned to death.

In keeping with that spirit, one of the presentations this February is to be delivered by Muhammad ibn Adam Al-Kawthari, who will be discussing "The Role of a Mufti in Modern Society."

Speaking to Wales Online, the Centre's Director, Dr Sophie Gilliat-Ray, said, "We've managed to attract some of the leading experts to offer thought-provoking insights into various aspects of Muslim life in the UK."

Muhammad Al-Kawthari: The Scholar Behind The Extreme Islamists

In 2011 several student societies at the University of York actually organized a campaign against a proposed visit by Al-Kawthari to the University; they claimed he promoted intolerant and violent ideas.

It seems he supports the killing of adulterers:

When asked, "When Is Jihad an Obligation on Me?" Al-Kawthari appears to encourage Muslims to travel and fight overseas:

He advocates that thieves should have their hands and feet amputated:

"The penalty for the one who steals (when the above conditions are met) is that his/her right arm is amputated. If a person steals a second time, his left foot is amputated; if a third time, then he will be imprisoned until he repents, but no further amputation will take place."

When Kawthari was asked whether a lawyer should help an Iranian fleeing death by stoning in his home country for the "sin" of adultery or the "crime" of apostasy, Kawthari advised:

"It is thus clear from the above that, to leave your religion in order to get into a country is an extremely offensive and outrageous act and considered disbelief (kufr). To assist and aid such people will also be unacceptable, impermissible, and highly sinful."

Al-Kawthari has also advised that, "Women should not come out of their homes unnecessarily," and frequently expresses hatred against non-Muslims by advising: "Do not commence by greeting the Christians and Jews with Salam. If you meet one of them on a pathway, force them to walk on the side … The reason for this impermissibility of saying Salam to non-Muslims is to not show them respect."

On another occasions, Al-Kawthari has claimed, "We live in an age where evils such as incest among the non-Muslims is becoming common." (Blogger's note: He might have forgotten the fact that whole Saudi Arabian society is the result of universal in-breeding between first-cousins and second-cousins.)

How is it, then, that Dr Gilliat-Ray, a claimed expert on British Islam, has chosen Al-Kawthari to be an "expert" voice of the British Muslim community?

Al-Kawthari is not the only problematic speaker invited by Gilliat-Ray. Other proposed lectures include presentations by Ajmaal Masroor, a supporter of Jamaat-e-Islami and the Muslim Brotherhood; and Ahtsham Ali, the former chairman of the Islamic Society of Britain, a Muslim Brotherhood group.

By inviting preachers such as Al-Kawthari to present their version of British Islam, then, Dr. Gilliat-Ray only serves to impose extremist ideas upon the Muslim community.

Gilliat-Ray is not only happy to offer academic credibility to extremist speakers, she has also stated that academics should not keep tabs on extremist students: "What goes on in student life is a matter for the student union and the university authorities. As academic staff we are not the policemen of the university."

Gilliat-Ray herself has not shied away from defending fundamentalist behaviour. In 2006, she expressed support for the Islamist-supported censoring of the notorious Mohammad cartoons, after student journalists re-published the cartoon in the University's student newspaper. Speaking to BBC News, Gilliat-Ray said, "It was a very stupid thing to do on the part of the students and I think the university has acted very promptly and responsibly by distancing itself from this publication."

She also notes the important role that Muslim clerics play in connecting the Muslim community to public institutions. On that basis, academics also have an important role. But by appointing clerics such as Al-Kawthari as representatives of British Islam, academics such as Gilliat-Ray only serve to promote and bolster the extremist voices -- while alienating the moderate ones.

In her book Muslims in Britain, Gilliat-Ray expresses support for British Islamist groups tied to Jamaat-e-Islami, the violent Bangladeshi group responsible for the mass-murder of Bangladeshi intellectuals and journalists in 1971:

"There are now a number of prominent Islamic organizations in Britain which reflect the broad Jamaat-e-Islami vision to spread Islamic values. They have consistently been less concerned with political activity, and more preoccupied with spreading Islamic teaching through education and social welfare … It is unfortunate that many journalists and media commentators have failed to recognize this evolution in thought and activity."

Gilliat-Ray cites, as an example of one of these "prominent Islamic organizations," the Islamic Foundation. She repeats claims that the Foundation is creating "an Islam which is suited to the environment of the West without losing the fundamentals of the faith … there is a gradual transition towards a 'reformist Islamism' through the work of some of the Foundation's young Islamic intellectuals."

She adds that, "The Islamic Foundation…regards itself as non-sectarian and international in outlook…in more conservative Muslims communities in Britain, the Foundation is regarded as simply 'too liberal'."

What Gilliat-Ray fails to note, however, is that in 2003, The Times reported that two Islamic Foundation trustees were on the UN sanctions list of people associated with the Taliban and al-Qaeda. The Islamic Foundation is also, today, the leading British publisher of books by Abul Ala Maududi, the founder of Jamaat-e-Islami, and Sayyid Qutb, a founder of the Muslim Brotherhood, which the former head of the MI6, Sir Richard Dearlove, has described as being, "at heart, a terrorist organization."

Islamic Foundation trustee Khurshid Ahmad was also vice-president of Jamaat-e-Islami in Pakistan. In July 2003, he wrote that areas under Taliban rule "had become the cradle of justice and peace."

Can such a supposedly prominent scholar of Islam in Britain really be unaware of these facts?

As for Gilliat-Ray's extremist preacher, Al-Kawthari, it is unlikely that she can be unaware of his views. In her book, Muslims in Britain, she writes about Al-Kawthari, his theological rulings and his connection to the Deobandi movement:

"An influential young Bury graduate in Britain today is Mufti Muhammad ibn Adam al-Kawthari ... he went on to specialize in the issuing of fatawa, thus continuing a well-established Deobandi tradition. ... he advises British Muslims about a wide range of religious matters. By placing the questions and his responses on the worldwide web, he is simply using modern technological methods to undertake the traditional Deobandi practice of documenting their fatawa."

In 2007, The Times reported about the spread of the Deobandi movement in Britain:

"Almost half of Britain's mosques are under the control of a hard-line Islamic sect whose leading preacher loathes Western values and has called on Muslims to "shed blood" for Allah, an investigation by The Times has found. Riyadh ul Haq, who supports armed jihad and preaches contempt for Jews, Christians and Hindus, is in line to become the spiritual leader of the Deobandi sect in Britain. The ultra-conservative movement, which gave birth to the Taleban in Afghanistan, now runs more than 600 of Britain's 1,350 mosques, according to a police report." 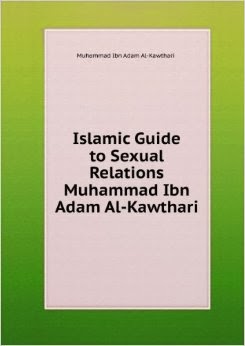 Why is a preacher too extreme for the infamously extreme East London Mosque an acceptable choice of speaker for a Welsh academic who is tasked with preventing religious extremism?


It would appear that policymakers and academics alike believe that radical Islamism can actually be countered with the aid of conservative clerics. The author Dr. Mark Durie, for instance, has noted that the British government has a history of obtaining theological rulings against religious violence.

Sophie Gilliat-Ray, herself a member of a British government task force on "Preventing Extremism", apparently believes that the Deobandi movement (and thus Kawthari) is an important ally in this fight.


Despite the wealth of evidence connecting the Deobandi movement to terrorism abroad and to extremism in Britain, Gilliat-Ray writes: "Where the Deobandis have been particularly energetic, more radical expressions of Islam are less discernible... Deobandi education for young Muslims, relying upon a carefully constructed curriculum, appears to provide a bulwark against the influences of more 'radical' groups."

The trend by non-Muslim politicians and journalist of imposing religious extremists on Muslim communities has been frequently documented. But when this coercion comes from the pens of academics, it is afforded the virtue of academic credibility.

Dr. Gilliat-Ray, however, is certainly not solely to blame. At the University of Exeter, for example, a number of lecturers have established an extremely close relationship with groups that belong to the Muslim Brotherhood. These Exeter academics have actually published papers attacking Muslim activists who work to counter radical Islamism.

The University of Cardiff: Hot Bed of Islamist Extremism

The University of Cardiff also has a notable history of extremist activity. In March 2012, the student Islamic Society and the Palestinian Forum in Britain organised an event called 'Arab Spring: Destination Palestine?'

The speakers included: Azzam Tamimi, who describes the Palestinian terror group Hamas as his "friends" and has expressed a desire to become a suicide bomber himself; Daud Abdullah, who signed a document advocating attacks against British troops and Jewish communities, and Ibrahim Hewitt, a trustee of the Hamas-linked charity Interpal, and who has called for killing apostates and "severe punishment" of homosexuals for their "great sin."

In April 2013, Cardiff University hosted a conference for the Federation of Student Islamic Societies, in which speakers included Qari Ziyad Patel, who sings songs in praise of the Taliban; and Reda Bedeir, who has deemed homosexuality to be "sinful…unlawful."

In July 2012, the very same Muhammad ibn Adam Al-Kawthari was also invited by a student group to speak at Cardiff University. What chance, then, do Muslim and non-Muslim students -- who oppose the incitement to hatred against non-Muslims and the subjugation of women -- have of exposing extremists such as Al-Kawthari, if he is then appointed a representative of Islam by academics who claim to be experts on the British Muslim community?


Universities are forums for free debate, and they would do well remain that way. Academics have every right to invite a preacher as intolerant as Al-Kawthari, but not to portray his views as representative -- an insult to British Muslims everywhere.
Posted by Hla Oo at 12:25 AM