(News article and photos direct from The Myanmar Express on February 14, 2014.)

For three days from 10 to 12 February various advancing columns from Burma army violently clashed with armed insurgents from KIA (so-called Kachin Independence Army) guarding and protecting the illegal loggers from neighbouring China and captured more than a thousand tons of illegally-felled logs and logging machinery and equipment.

All clashes were within the territories controlled by KIA and more than 1,500 tons of valuable teak logs, 41 logging-trucks, heavy logging equipment, and various assault weapons with tons of ammunitions were so far captured. The army operation is still going on.

According to reliable intelligence sources two notorious Chinese-Kachin timber billionaires Naw-Taung and Kyoun-Si from the bordering Yunan State of China had recently visited KIA-HQ town Laiza on China border and demanded KIA General Gun-Maw to defend their Chinese loggers and their illegal logging operations inside Burma.


Two Chinese timber-billionaires were extremely angry at KIA General Gun Maw for his frontline KIA forces cowardly running away without fighting back and abandoning Chinese loggers and their extremely-valuable teak-logs into the hands of Burmese Army columns despite the fact that KIA has accepted many billions of Kyats (exchange rate is now at about 1,000 Kyast a US$) as logging-license-fees from the Chinese logging companies owned by Naw-Taung and Kyoun-Si.

The Chinese billionaires are foolishly oblivious to the very well-known fact that all their multi-million-dollar logging-license-fees were happily misappropriated and already misspent by Gun Maw and his senior officers living luxurious lives in Laiza and nearby Chinese safe-heavens and thus only a minuscule kyats are trickling down to the front line KIA forces who have to sacrifice their lives and limbs for their novel cause of so-called Kachin independence.

The obvious result is KIA forces' frequently-repeated refusals to fight and the depleted KIA field forces fleeing instead of engaging their enemies whenever they were challenged by the mobile army columns in their own territories.
But KIA General Gun Maw has still promised to two Chinese timber-billionaires in their Laiza meeting that their KIA forces are now fighting back the Burmese Army to protect the Chinese logging interests inside Burma. They particularly pointed out the fact that they had assigned whole KIA 24th Battalion solely for the task.


And in return two Chinese timber-billionaires Naw-Taung and Kyouin-Si has agreed to provide KIA with all the necessary weapons and ammunitions free of charge plus all the expenses incurred by the KIA in recovering their captured teak-logs from Burma Army units.


As a response to recent violent clashes in Kachin State despite relatively peaceful situation in other Ethnic-controlled areas in Burma’s jungles the UNFC (United Nationalities Federal Council) the loosely-formed confederation of all Ethnic Insurgent armies in Burma has issued a statement strongly urging their ally KIA to immediately stop defending the commercial interests of illegal Chinese loggers and Chinese timber-billionaires so that current peace negotiation process between UNFC and Burmese government would not be adversely affected. 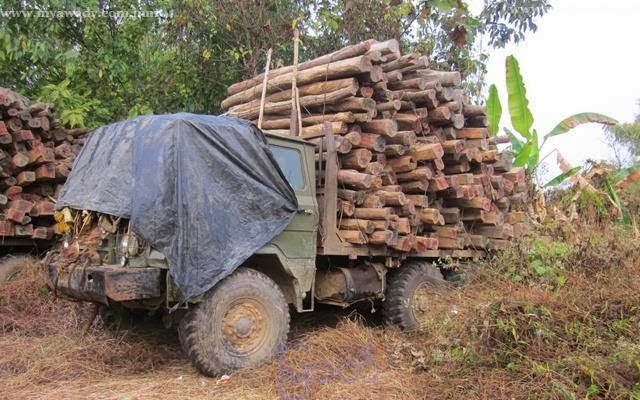 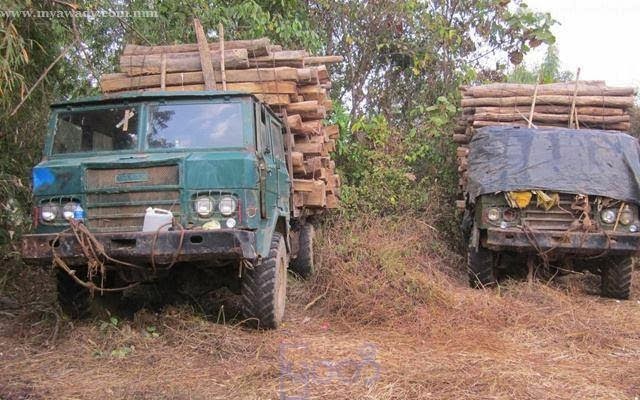 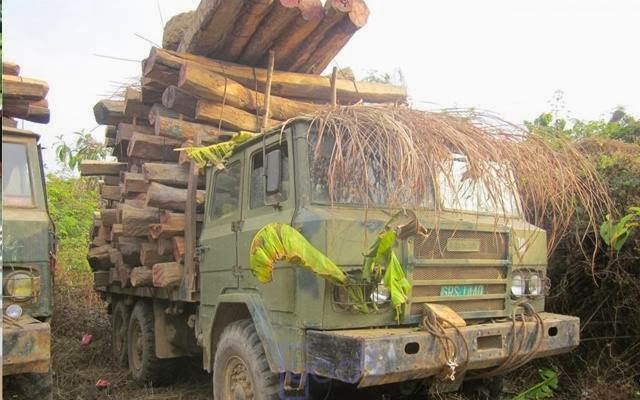