They also held a townhall-style public talk and discussion titled “Reform in Burma and Arakan Politics” in Kuala Lampur.

There were well-publicised serious threats on their lives from more than 30,000 Bengali-Muslims coming from the Burma-Bangladesh border now living as refugees in Malaysia. But the Yakhine-Buddhist leaders had dismissed as just jokes before till the night of February-5 when a group of obvious Bengali-Muslims tried to kill them by a loud volley of gun fires.

“Yesterday at about 11 in the night. After dinner they went shopping and came out of the Mall in a car when they were ambushed. The car in front of their car blocked them and the motorbike following them from behind overtook and shot at their car. Luckily their BMW has thick body plate and their many bullets didn’t penetrate. Then the Bengalis in front car shot at Dr. Aye Maung on the front passenger seat. Windshield was shattered but bullets missed him. They later found 5 9-mm bullets lodged in the car,” said Zaw Aye Maung the Yakhine Affairs Minister from Rangoon Division Government to Eleven Media in February-6 night.

According to the ANP delegation attacked in Malaysia the attackers were Bengali-Muslims as they used Burmese words “Pyit Pyit (shoot shoot) and Pyay  Pyay (run run)” among them shooters.

Eleven Media’s call to the Burmese Embassy in KL was not answered but Ye Htut the Deputy Information Minister and Presidential Spokesperson confirmed on February-6 the assassination attempt on Yakhine-Buddhist leaders visiting Malaysia.

“Today in KL at about 1:30 pm Malaysia Time the visiting Yakhine Delegation contacted our embassy and reported of the assassination attempt. They said at about midnight yesterday on their way from the downtown KL to their hotel they were followed by two motorbikes and the Bengali-looking pillion-riders shot at their car. But the bullets only struck the car panels and nobody inside were hurt. Our embassy there immediately contacted the Malaysian Police and security is now being provided,” told Deputy-minister Ye Htut to the Eleven Media in February-6 night. 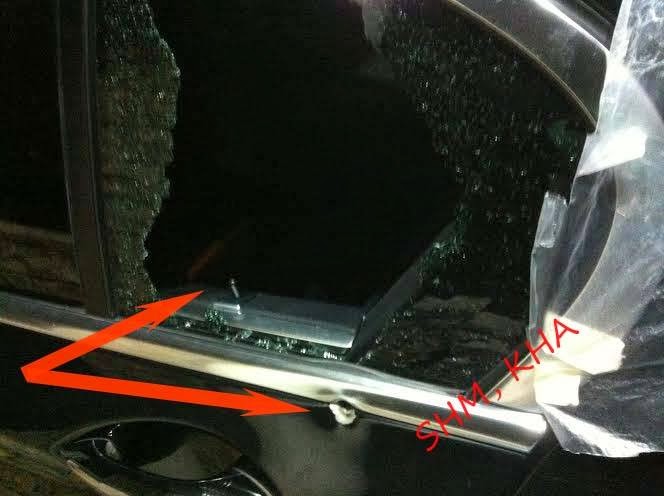 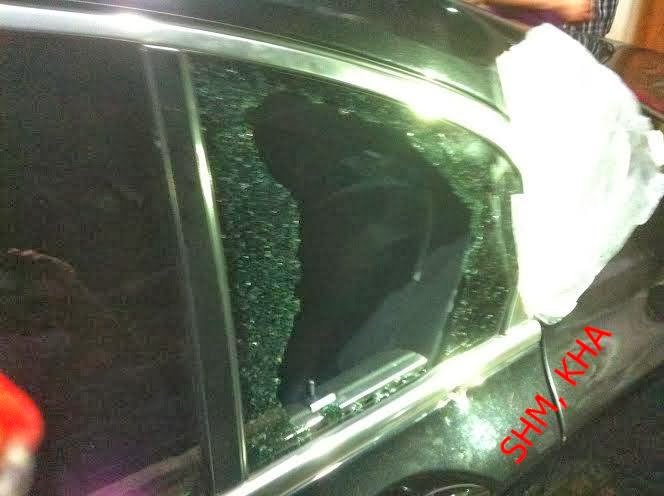 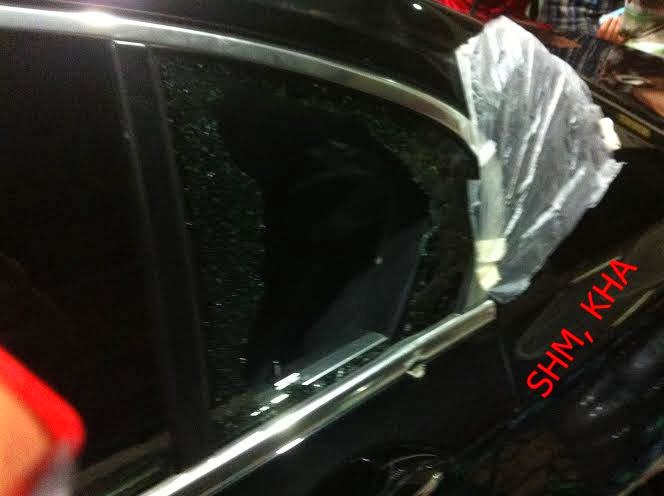 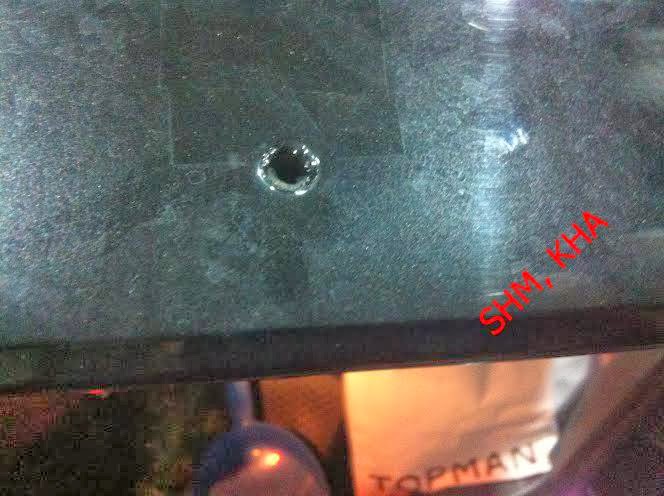 The 6-men delegation of ANP leaders arriving back at Rangoon on February 7 were welcomed and cheered by their supporters and many Yakhine-Buddhists from Rangoon at the Yangon International Airport.

Following was what Dr. Aye Maung said at the press conference of the attempt on their lives in Malaysia.

“We were just out of the shopping mall when a motorbike came up and shot at us. First shot we didn’t even know that was a gunshot and that shot came from the Motorbike just right by me. Only after few more shots the drive who was a Yakhine-youth working in Malaysia gunned our car and reached onto the nearby highway. He then drove into a hotel and we sort of took shelter there for a while till it was safe. Luckily all the bullets didn’t hit the glass as all ended in the panels. We found three bullets in the car later.” 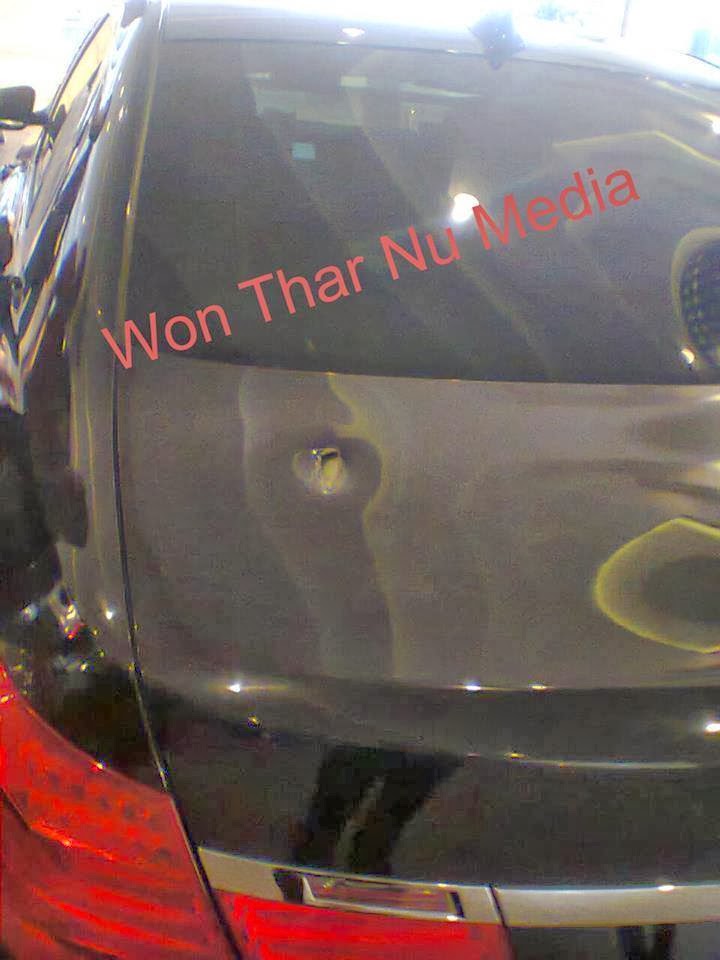 Dr. Aye Maung also added that this attack was a well-planned and well-organized attack and the connection to what has been happening back in the Arakan last few years was apparent.

“I strongly believe the attack was a planned assassination attempt on our lives. Our internal disturbances have now reached overseas. And we can now firmly conclude from this incident that the Bengali-Muslim terrorists are now well established in foreign countries especially in Malaysia a Muslim country.”

“In Malaysia recently there are so many unsolved cases of our Burmese nationals brutally murdered by Bengali-Muslims. All are related to the disturbances back in Arakan between us Buddhists and them Bengali-Muslims. This ugly incident definitely is also directly connected to the troubles back home in Arakan.”

He also added what Malaysian police had told him of the Bengali-Muslims in Malaysia.

“Malaysian Police’s senior officers told us that there are now more than 30,000 Bengali-Muslims in KL alone and according to their intelligence some of those Bengali-Muslims are definitely behind the attempt on our lives in KL. The Yakhine-Buddhist community there were also warning us well before our trip. They warned us in emails and telephone calls that Islamist extremists in Malaysia were going to harm us once we landed in Malaysia.” 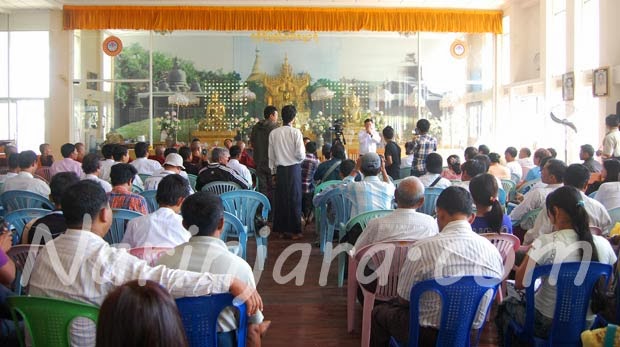 Muslims’ Attempt To Wipe Out the Leadership of Yakhine-Buddhists

The 6-men delegation of ANP leaders were basically the core political leadership of Yakhine-Buddhists in Arakan of Burma. Originally they were from the two rival groups RNDP (Rakhine Nationalities Development Party) and ALD (Arakan League for Democracy).

ALD’s Chairman Aye Thar Aung is now the Chairman of ANP and RNDP’s Chairman Dr. Aye Maung is the General-Secretary. The 30-strong ANP’s Executive Committee has 15 each from the forme leaderships of both ALD and RNDP.


ANP leadership has applied for the establishment and official registration to Burma’s Union Election Commission since 15 October 2013 but their application was only granted on 13 January 2014 by the Commission. 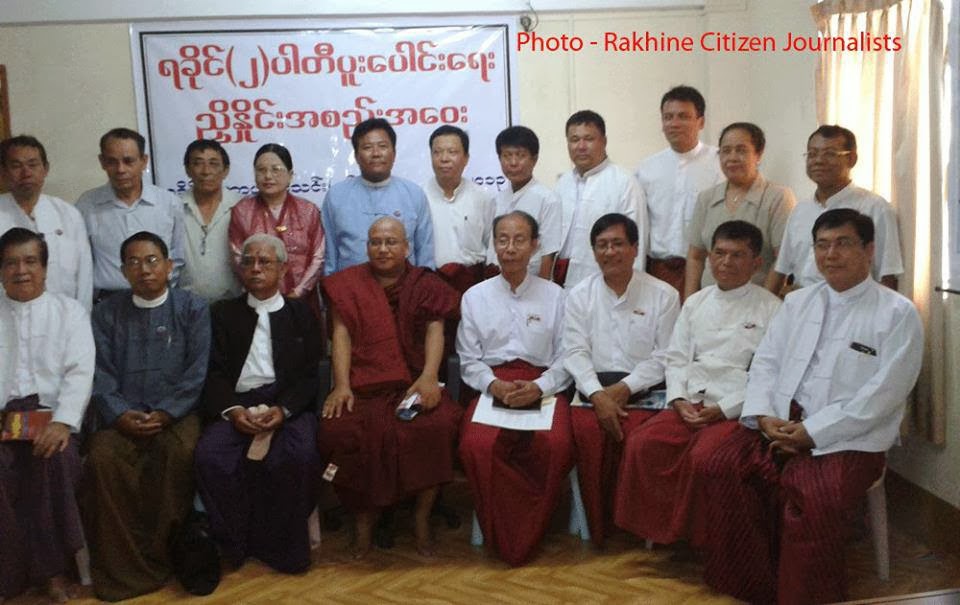 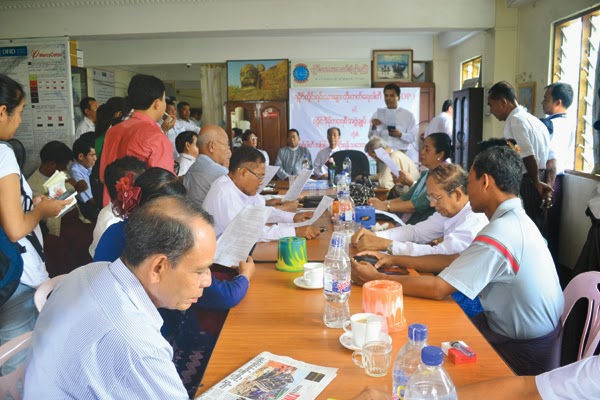 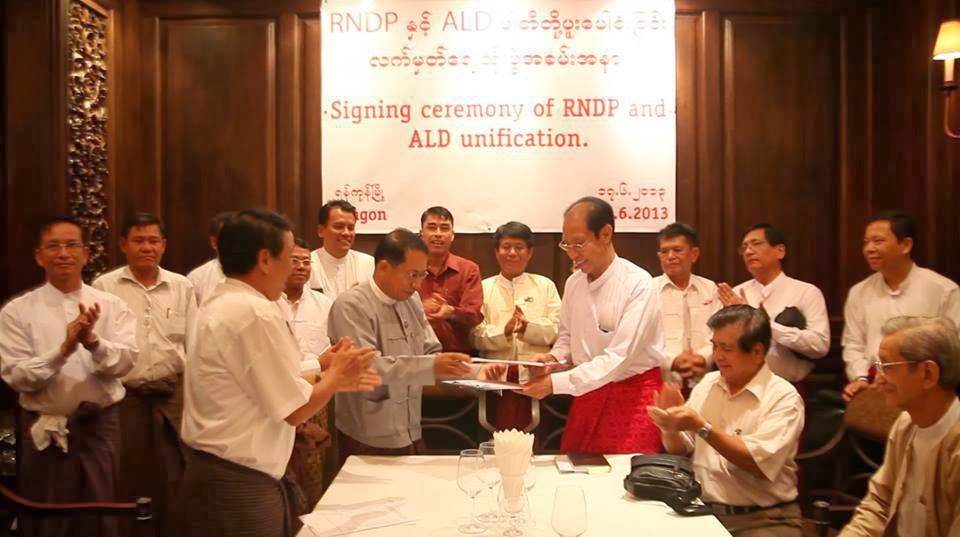