(News article and photos direct from The Relief Web and Burmese Blogs in February 2014.)

GENEVA (11 February 2014) – The United Nations Special Rapporteur on the human rights situation in Myanmar, Tomás Ojea Quintana, will undertake his final official visit to Myanmar from 14 to 19 February 2014 to assess the current situation in the country and follow up on his previous recommendations.

Mr. Ojea Quintana plans to visit Rakhine State, Kachin State, the Monywa copper mine in Sagaing Region, and the Thilawa Deep Sea Port near Yangon in his final mission, prior to the end of his six-year mandate as Special Rapporteur and the appointment of a new independent expert by the UN Human Rights Council. He has also requested a visit to Kayin State.


Visits to the Monywa cooper mine and the Thilawa deep sea port will focus on the extent to which economic development is serving the needs of the people.

“These development projects can have a positive impact on a whole range of human rights, including healthcare, an adequate standard of living and education. However, if not pursued in accordance with human rights standards, they can lead to land confiscations, forced evictions and the further disempowerment of local populations,” he noted. “Now is the time to set in stone the standards for development.”

During his visit to Kachin State, the Special Rapporteur will assess progress towards a ceasefire with the Kachin Independence Organisation and discuss with local communities their hopes and aspirations.

“Important progress is being made to stop the fighting in ethnic border areas. I want to look at the implementation of the ceasefire agreements and how the underlying grievances of Myanmar’s different ethnic groups will be listened to and addressed when the post-ceasefire talks start,” Mr. Ojea Quintana explained.

In Nay Pyi Taw, the Special Rapporteur will meet with a range of Government officials and Parliamentarians, as well as senior members of the judiciary “to highlight the need to make key changes to the Constitution to keep Myanmar’s democratic transition on track.”

“I will also follow up on my recommendations for the amendment of laws affecting the right to peaceful assembly, freedom of association and media freedom, which can set the framework for a society that upholds fundamental rights.”

On 19 February, at the end of his mission, Mr. Quintana will present preliminary observations at a press conference at Yangon International Airport at 6.15pm. His full report on the visit will be presented to the Human Rights Council on 17 March 2014.

Quintana is finishing soon his six year UN mandate and the Burmese Government and most people of Burma are quite happy to see him finally go as Thein Sein Government has been publicly fighting at the UN to replace widely-hated-Quintana with some other suitable person acceptable to the people of Buddhist Burma.

Quintana has been widely seen by the Burmese-Buddhists as a pro-Muslim activist who has misused his powerful position by taking side of Bengali-Muslim Illegals on the Bangladeshi border in the name of human rights.

Local Buddhists in Meikhtilar showed their utter dislike of him by violently blocking his vehicular convoy during his 2013 August-19 visit to Meikhtilar and thus preventing him from going into the Bengali-Muslim refugee camps there.


Now every Burmese and Yakhine Buddhist activist group are ready and eagerly waiting for his arrival in Burma on February-14 to protest against him again. 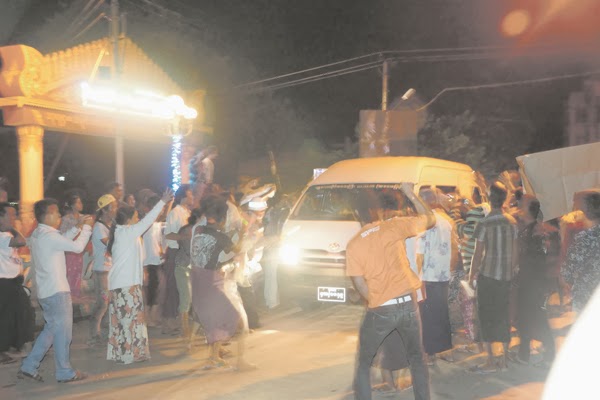 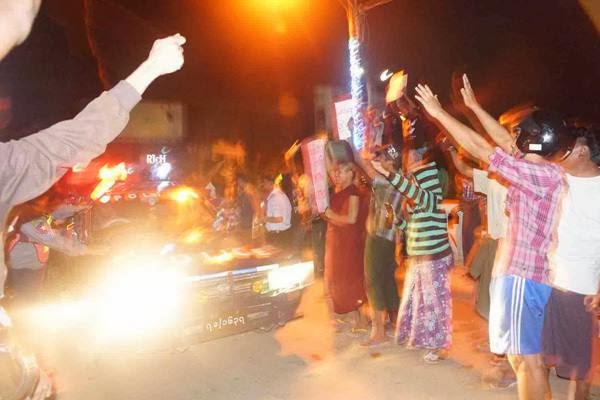 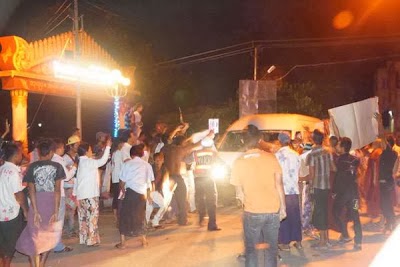