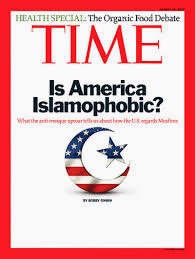 The debate as to who speaks for Muslims in the West has festered among the minds of the western intelleigentsia and politicians since Islamists have capitalised on this question.

What do I mean by "self-created fear of Islamophobia"? Do I dare to say that Islamophobia actually doesn't exist at all? Yep, it didn't exist but some of our Islamic centres created the term and spread it around through their actions.


What were those actions? By not denouncing armed Jihad against those Western societies where they are abode now, by not calling a spade a spade such as honour killings, Taliban's attack on Malala Yousafzai, Al-Qaeda's sectarian war against minorities in the Middle East, North Africa, Pakistan and Afghanistan, etc,.

However, the fact that over 90 per cent of Muslims are not associated with any Islamic organisation or mosque and visit it no more than once or twice a year. That alone should make America skeptical of Islamist groups like CAIR, ISNA, ICNA and MSA. 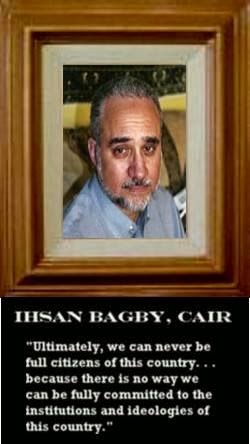 Ihsan Bagby, a professor and an imam at Shaw University in Raleigh, N.C. wrote after 9/11, "There are a large number of Muslims that hold on to their identity as Muslims, but choose not to practice, not to act out their beliefs in everyday life...a large portion of the American Muslim community are in this group."

The report by prof Bagby, "The Mosque in America: A National Portrait," revealed that of the six million Muslims in the United States, only about 350,000 on average attend the Friday midday prayers.

Thus the incessant drumbeat by Islamists and Muslim Brotherhood legacy groups in the U.S. about rising Islamophobia is reflecting the mindset of the mulla and his scant followers in America, not me or the 90 per cent who have little interest in praying behind misogynist and homophobic clerics.

Even if it were true that Islamophobia exists, the next question would be: What should we do now?

My answer is that all Islamic organizations should make a resolution for 2013 that they would preach to fellow Muslims to live a normal life instead of preaching the addiction of victimhood.

You may ask, what do you mean, a normal life here?

A normal life for a Muslim should be a life without obsessions. Free of all obsessions such as identity crises, niqab, hijab, jihad, alienation and gender segregation and contempt for joy. 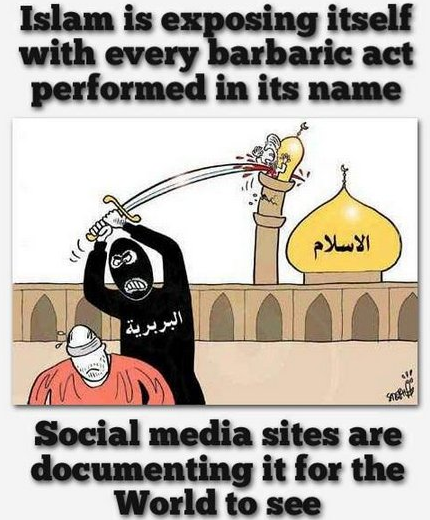 As Muslims we should identify ourselves with the culture and land we associate with. Islam also teaches this but unfortunately Islam's true liberal teachings are not being told to us by our traditional Islamic organizations in the West that are in the hands of mainly Islamists.

Similarly Niqab, armed Jihad, alienation and segregation are not endorsed by original version and modern interpretations of Islam but sharia-bound Islamists use them in order to further their agenda.

A critical question arises here that since a majority of Muslims in the West live a normal life then why are we concerned about our abnormal image in the West?

So the responsibility lies to the power cores of the Western world as well for not recognizing the majority of the regular Muslims that are essential fabric of the societies. Rather, our media would like to portray the picture of a Hijabi or Niqabi clad or a long kurta wearing a beard man in order to show a Muslim representation. Likewise, our politicians hug and have photo sessions with such typical faces to tell us how much they love diversity.

It was suggested by liberal Muslims that he should not endorse the medieval agenda of revival the Islam Spirit conference for the fact that that mob never respects gay rights, equality and true freedom of men and women and true essence of freedom of expression, etc.

But Justin Trudeau chose to go there and opened his speech with the statement, "I am here today because I believe in freedom of expression."

That was a nice statement without any context but the same crowd cheered that never acknowledges Salman Rushdies' rights of free expression. Shallow Politicians like Justin Trudeau would never realize the depth of these core issues.

So it's a responsibility of secular liberal Muslims in Canada and the US to come forward in 2013 and form new voices against ongoing Islamism that wants to take away the normal way of life from majority Muslims.

Remember, no more than 10 per cent of Muslims fit the Muslim stereotype of the bearded man dressed in medieval attire and women in hijabs with blue mascara and deep red lipstick wearing stilettos. The rest of us are just like you. We go to the ball game, eat our hot dogs warm and drink our beers cold.

(Tahir Aslam Gora is a Pakistani writer, novelist, poet, journalist, editor, translator and publisher. He has over 20 years of experience in the media industry during which time he's been a biweekly columnist for the Hamilton Spectator and contributed as a freelanced to various European and American media outlets. He is currently at work on two manuscripts; one about Islam, the other titled "Understanding Canadian Multiculturalism.")

(Blogger's note: IMHO the term Islamophobic might come down from that popular term Homophobic. Gays and lesbians were the first ones to label Islamists as Homophobic since the Islamists hated the homosexuals. It then gave the Islamists a pervert idea that they could in turn label the enemies of Islam as Islamopbobic since Islam is as pervert and unnatural as homosexuality is.)