On February 8 the whole day three Bangladeshi warships played a threatening naval war game using live rounds right on the disputed maritime Boundary between Burma and Bangladesh while a flotilla of Burma Navy’s warships nearby were watching them closely.

Burma Navy believed that the Bangladeshi naval exercises were the retaliation for Burma Army establishing four military outposts at only about 300 yards from the borderline. Bangladesh strongly protested last week against Burma army outposts being right on the border.

And within few days Bangladesh navy announced the live-rounds exercises and issued a public warning to the maritime traffic to avoid the so-called restricted area between  the Chittagong Port and St. Martin Island right on the disputed Burma-Bangladesh maritime boundary.


Since February-6 the day Bangladesh announced its hostile naval exercise on the border Burma Navy’s two guided-missile frigates and few guided-missile stealth corvettes were seen being positioned in the nearby Burmese waters off the troubled Arakan coast. 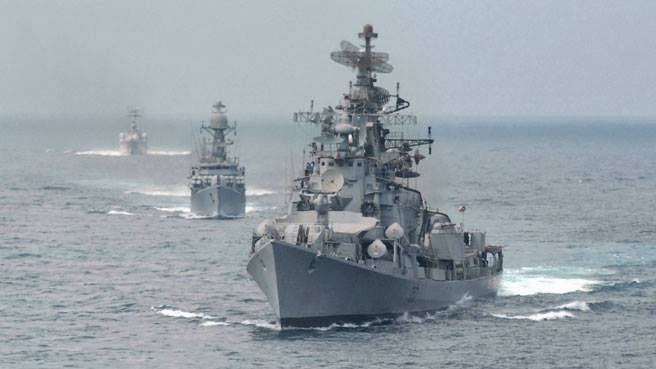 Dhaka-tribune: Myanmar army has allegedly set up four temporary camps near Bangladesh border, violating international border rules. A total of 24 members of Myanmar army are discharging duties in each camp.

According to the Border Guard Bangladesh, Myanmar army established the camps at Saludong in Myanmar, approximately 300 yards from the zero line, on January 11. The place is near pillar 45 on Bangladesh side and named Sarajamchori opposite Ashartoli in Naikkhangchhari of Bandarban district.

On January 21, the BGB Operation Department informed the home ministry about the development through a letter. BGB officials said as per the international border rules, Myanmar could not set up camps so close to Bangladesh border.

Lt Col Md Shafiqur Rahman of 31 BGB Battalion strongly protested the move. In a protest letter, a copy of which is available with the Dhaka Tribune, Shafiqur referred to the bilateral commitment according to which army could not come or stationed at a close proximity of border.

The letter said Myanmar army’s move was a clear violation of the international law and breach of the Bangladesh-Myanmar Border Agreement 1980. According to officials, the presence of army near the border is a clear threat to the peace-loving border population.

“We have strongly protested the move of setting up temporary camps by Myanmar army,” BGB DG Major General Aziz Ahmed told the Dhaka Tribune over phone yesterday. While talking to this correspondent, he was on his official tour to Sylhet.

The BGB DG said Myanmar had claimed that they were constructing roads there. “But we are not ignoring the matter and we are aware of it,” he said. Aziz said: “Our intelligence agencies are collecting information to verify their claim.”

When contacted home ministry’s Senior Secretary CQK Mustaq Ahmed declined to make any comment, saying: “The matter is yet to come to my notice, and until it does I cannot make any comment.”

Following a letter of protest from the Border Guard Bangladesh (BGB), Myanmar has removed the army camps that it had set up near Bangladesh border, violating the international border rules.

“Following our note of protest, Myanmar removed the camps and now the situation across the border is calm and normal,” Lt Col Md Shafiqur Rahman of 31 BGB Battalion told the Dhaka Tribune over phone yesterday.

BGB Director General Maj Gen Aziz Ahmed also confirmed the matter. Shafiqur said although Myanmar army had expressed need to put up the tents to handle conflict with Rohingyas, following the protest they had removed them.

According to the BGB, Myanmar army established four camps at Saludong in Myanmar, approximately 300 yards from the zero line, on January 11. The place is near Ashartoli in Naikkhangchhari.

A total of 24 members of the Myanmar army were deployed at each camp. On January 21, the BGB Operation Department informed the home ministry about the development through a letter.

The letter said Myanmar army’s move was a clear violation of the international law and breach of the Bangladesh-Myanmar Border Agreement 1980. The presence of army near the border is a clear threat to the peace-loving border population, BGB officials observed.

Four camps are mentioned in the copy of the letter preserved by the Dhaka Tribune. However, Shafiqur mentioned of one camp in his statement yesterday.

Earlier, BGB had removed around 40 land mines from areas close to Myanmar border pillar 44 at Kachubunia in Naikhangchari of Bandarban district. According to BGB officials, Myanmar border force Rakapha planted the mines along the zero point of the border, violating international rules.

“We removed around 40 land mines, and since then their tendency to planting of land mines have decreased,” Shafiqur said. Rakapha had planted the mines fearing attacks by Rohingya Solidarity Organisation (RSO), a terrorist group, he said.

According to BGB, a captain of engineering core of the Myanmar army along with three others was kidnapped in 2012. Rakhapa alleged that a terrorist group from Bangladesh had kidnapped them. The BGB, however, denied the allegation.


“We have been searching for last one year but we did not find any such organisation in Bangladesh,” the commanding officer said. (Maybe the Bangladeshis didn’t see their brothers Bengali-Muslims as RSO terrorists.)


Asked about the border situation near Myanmar, Kamal Uddin Ahmed, an additional secretary of the political wing of the home ministry, said there was no major problem along the border. 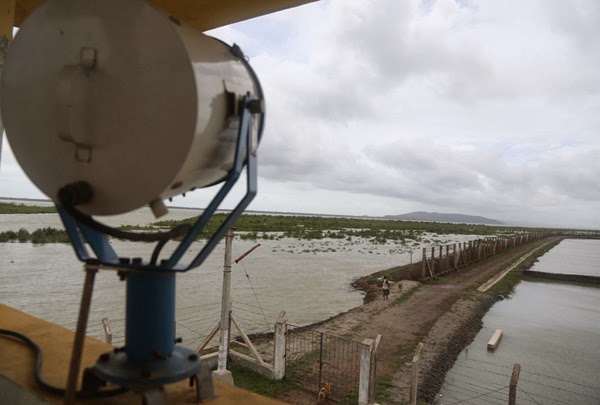 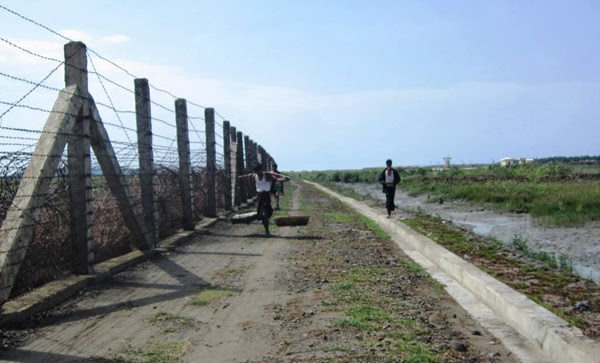 Related posts at following links:
Naval Arms Race Between Burma and Bangladesh
Posted by Hla Oo at 9:59 AM