(News article and photos direct from AU.NEWS.YAHOO.COM.AU on February 8, 2014.)

A Lebanese-Muslim man living in Australia on a student visa will spend his first night in jail after allegedly "marrying" a child bride in a religious ceremony.

The man, 26, allegedly met a 12-year-old girl in the Hunter region in 2013 and became involved in an ongoing sexual relationship with her. The pair then allegedly moved to a house in Sydney's southwest, where they continued the relationship.

Police claim the man and child were married in an Islamic ceremony in NSW earlier this year and the girl is now 13. He was charged with 25 counts of sexual intercourse with a child between 10 and 14 years.

The sexual assaults took place between January 1 and February 4. Wearing a striped polo shirt and a black beard, the man made a brief appearance at Burwood Local Court on Friday and spoke via an Arabic interpreter.


He made no application for bail and it was formally refused. The court heard he will make a bail application during his next court appearance on February 12 at the same court. NSW Community Services Minister Pru Goward said the case was brought to the attention of authorities by Centrelink.

Ms Goward said anecdotal evidence suggests forced marriages between children and adults was an ongoing issue among Sydney Muslim communities. "This is a very secretive practice ... but it is not an unknown practice," she said.

"I understand there are actually a significant number of unlawful, unregistered marriages to underaged girls in NSW, particularly in western Sydney, southwest Sydney and the Blue Mountains."

The girl has been taken into state care.
Child bride, 12, was married in her Muslim-convert father’s house

THE Muslim convert father of the 12-year-old girl at the centre of a child sex case following her “marriage” to a 26-year-old foreigner confessed his unhappiness at their union, but said “it was not my decision”.

But the fifth-generation Australian man, who allowed the pair to be married by an imam in his Hunter Valley home on January 12, now says he fears she is going to “die” from a broken heart.

He also addressed public outrage on the case following the 26-year-old Lebanese man’s arrest on Thursday, saying he might “cop a little bit of abuse off people but I will have to cope with that”.

“She was crying like I have never heard before, they were telling her she couldn’t see (the man) today or tomorrow or possibly forever,’’ he said. “She’s being restrained against her will in foster care. “There’s nothing I can do at the moment, I’ve got the feeling she might die because she’s so hurt by all of this.”

The pair met at a Hunter Valley mosque late last year after the 26-year-old came to Australia to study at a nearby university. He approached the mosque about marrying the girl but the Newcastle Muslim Association president Bikash “Shahriar” Paul said he was turned away because it was illegal and “wrong”.

He then approached the girl's father — who converted to Islam about 18 years ago following a battle with drugs, gambling and alcohol abuse — through an intermediary, who told him of the man’s intentions.

He initially refused but agreed to let him come to his house to meet his daughter. He said it was almost over before it began when she found out he was 26, but she changed her mind.

“She was saying she wanted to get married, I said before there was going to be problems because he was from Lebanon,’’ the father said. “I told him to go back to Lebanon, not nastily.”

The girl's father said his initial concerns were more religiously guided than the man's or his daughter's ages. However, he said the only way they could be in any type of relationship, let alone in the same room unchaperoned, under “my interpretation of the Koran” was if they were married.

“My daughter was not going to change her mind, I couldn’t talk her out of it,’’ he said. “Him being 26 was not a big concern to me because I was not marrying him. I was not happy with it but it was not my decision.”

He said the couple moved to western Sydney after the marriage. He said they tried to enrol his daughter at a local high school but were told to go to Centrelink to ascertain her guardianship.

The father said a social worker at Centrelink raised the alarm before police and the Department of Community Services intervened. The man was refused bail at Burwood Local Court on Friday after being charged by Child Abuse Squad detectives with 25 counts of sexual intercourse with a child.

Her father, who was interviewed and released without charge, said he knew people would ask how could he let his 12-year-old daughter live with an older man, let alone marry him, but he didn’t “want to stop her happiness”.

The Minister for Family and Community Services, Pru Goward said on Friday she was horrified by the case. “In this country, little girls have rights and in particular they have the right to a childhood free from this kind of abuse,” she said. 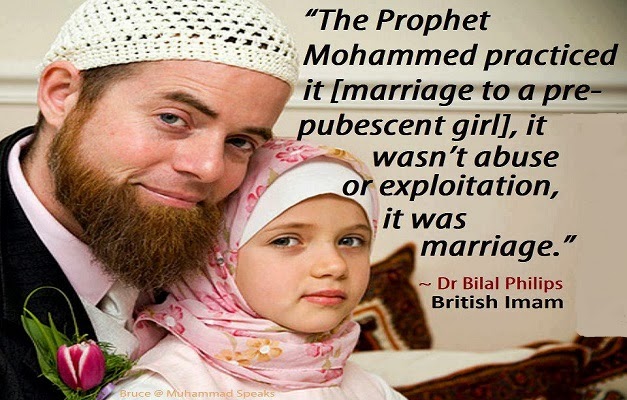 Australian Imam Riaz Tasawar Charged With Marrying 12-Year-Old Girl To 26-Year-Old Man In Ongoing Investigation. Police have made what they hope will be the first of several third-party arrests related to the marriage of a 12-year-old Muslim girl in New South Wales, Australia.

Riaz Tasawar (35), a Pakistani Muslim cleric, was taken into custody for conducting the marriage between the girl, who is now 13, and a 26-year-old man last month, ABC Australia reports. Tasawar, the imam at a mosque in Newcastle, will face trial for solemnisation of a marriage by an unauthorised person.

The husband is also in police custody on 25 counts of sexual intercourse with a minor. But police say that the chain of wrongdoing has not been broken.

"The investigation is nowhere near finished. Any further charges that can be laid will be laid, possibly subject to legal advice," Deputy Commissioner Nick Kalda told ABC. The Islamic Centre of Newcastle is helping with the investigation, police say.

"What is most important at this point is for police to conclude their investigation and arrest all those responsible," the Centre said in a statement. The Centre has kept the 35-year-old imam at arm’s length, calling him “innocent until proven guilty” but firing him from his post, according to news.com.au.

Tasawar is the first to be charged with his crime in New South Wales since records began in 1994. The penalty is a $500 fine or six months in jail. The news outlet also reports that the girl’s father, a Muslim convert, has voiced his support for the marriage and lauded the husband for marrying his daughter and sanctifying their relationship in the eyes of Allah.

“They were in love, they were devoted to each other,'' he said.

According to New South Wales Community Services Minister Pru Goward, child marriages are not uncommon in the area, even if they’ve gone under the legal radar.

"This is a very secretive practice ... but it is not an unknown practice,'' Goward told The Australian. "I understand there are actually a significant number of unlawful, unregistered marriages to underaged girls in NSW, particularly in western Sydney, southwest Sydney and the Blue Mountains.”

For Islamic Marriage (Child-Rape) the Younger the Girl is the Better.